Academy graduate Reece James has provided the first digital masterclass for the tool that is now available for anyone to download.

The new app uses video tracking technology to map the user's space and return inch-perfect data on performance and ability in a host of individual or team challenges.

Chelsea's academy staff and developers have worked since December 2018 on a product launched this week, one which they believe can take youth training to a whole new digital level. 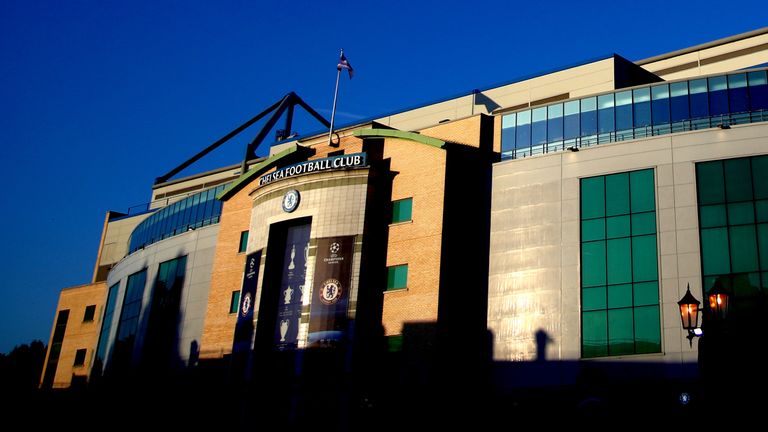 Our goal is to remain at the forefront of what's happening in global academy football, we always aspire to be world-leading.

Chelsea U11s head coach Sam Page has helped stars like Mason Mount and Tammy Abraham through the Stamford Bridge ranks and has taken a lead role on the new app.

"We've actually already used the app with our academy players and it's been a really interesting part of our home learning programmes that we developed during the course of the pandemic lockdown," Page said.

"It presented a really exciting opportunity for us with Perfect Play, and we offered the testing version of the app to our academy players from the U9s to U13s as part of their home learning programme.

"They tested it for us and had it as part of their programme, so we had some really nice feedback and were able to make some refinements off the back of that.

"And moving forward we're really keen for it to be a supplementary part of the programme for the youngest age groups that we only see on a part-time basis.

"Our goal is to remain at the forefront of what's happening in global academy football, we always aspire to be world-leading.

"Our head of youth development Neil Bath really drives us as coaches to think in a fully-integrated fashion, and about all the technologies that come with that.

"Perfect Play is a really good example of how as coaches we can think about what technology can do to enhance our coaching practice."

Head coach Frank Lampard awarded a record number of senior debuts to home-grown stars in his first season at the Stamford Bridge helm.

Page admitted his own pride at seeing such a bumper crop of academy graduates, especially when witnessing England midfielder Mount hit the net in the 1-1 home draw with Leicester at the start of the campaign.

"There is immense pride in seeing a lot of our lads playing at Stamford Bridge," Page said.

"For me the memory of Mason scoring against Leicester in the first game, I've been to many games at Stamford Bridge but that's a very special memory for me.

"We talk to our players about it now, about the pathway and the expectations that Frank has, and the things he talks to us as academy staff about; the commitment, hard work, dedication, all of those core fundamental skills that we've also tried to embed in the Perfect Play app."

Product owner Steve Didd will continue to work with Chelsea on refining an app he believes can help radically alter general sports training.

"Technology is going to be hugely influential in terms of how people train, and it's something we're hugely excited about delivering within Perfect Play," Didd said.

"Our goal with the product is to make kids better footballers, and this technology enables us to show them they are getting better, because it captures their performances.

"Kids are very tech savvy now, but this should be extremely intuitive to set up and use and we believe it's going to become an essential part of football training moving forwards.

"We're taking elite academy methodologies that have been developed over decades, digitising that, and allowing kids to have that same kind of training, that wouldn't be accessible elsewhere. So it's there to help kids improve and gain the edge.

"We already have a masterclass in the app with Reece James.

"We're heavily involved with the first-team men and women as well as the academy kids who feature. And we'll be doing more masterclasses with players from both the men's and women's team."