Alisha Lehmann says she has "never felt so close to team-mates" as she does at Aston Villa Women and reveals her anticipation for next summer's World Cup.

It has been a stellar start to the season from Aston Villa. The unity Lehmann describes off the pitch has certainly translated onto it, with Carla Ward's side the surprise package of the season.

They began the season with a thrilling 4-3 win over Manchester City and have not looked back. Villa are fifth in the table with 12 points and just nine away from their entire tally from last season.

"Our start at Aston Villa has been amazing," Lehmann exclusively said at an event hosted by adidas ahead of Aston Villa's trip to face Manchester United at Old Trafford on Saturday, live on Sky Sports.

"Every day when we go into training, we're smiling, joking around. I never felt so close to team-mates and so welcomed in a team like Aston Villa now.

"I always thought we could do it because we have amazing individual players. We just do it together and we play for each other. 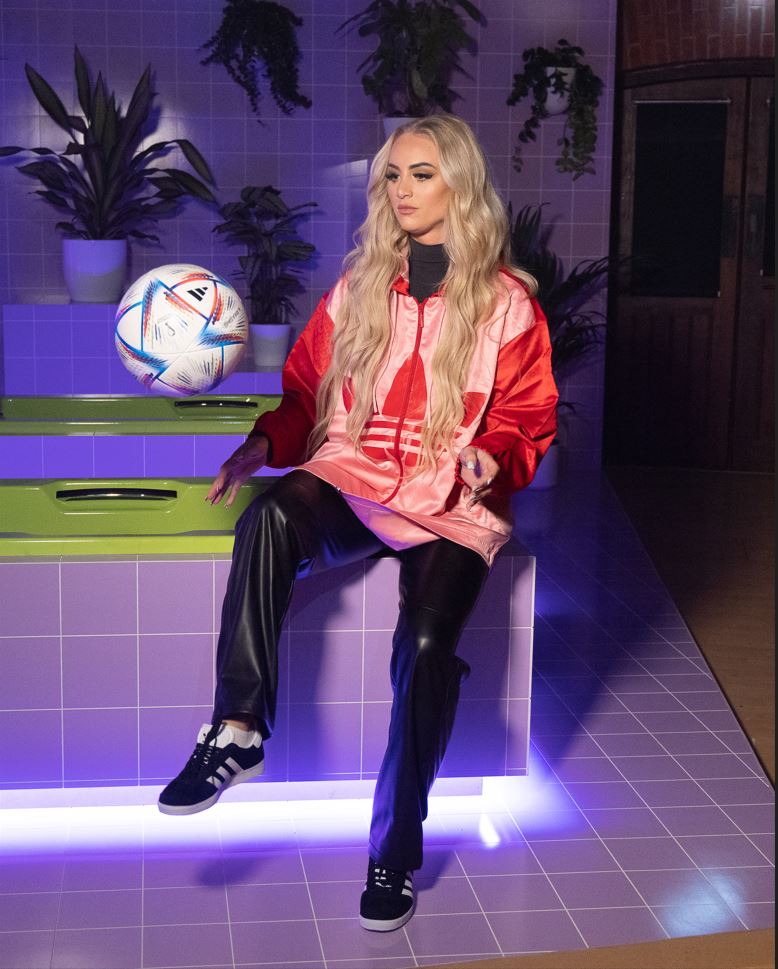 "If someone loses the ball, the next player goes for the tackle and it shows that we want each other to be successful and this doesn't always happen. In some teams, not everyone always wants to see you have success, but at Aston Villa, everyone would fight for everyone."

There's always a "best of the rest" in the WSL - Tottenham last season, Everton the campaign before. Aston Villa are currently occupying that description, and Lehmann believes the team is able to reach its full potential.

She explained: "We want to end the season in top five, that's our aim and I think we can do even more because I see the full potential of the team.

"We just need to perform and maybe score a bit more - that's a bit of our problem, being more efficient in the box, but I see a bright future for us. Everyone's dream to play in the Champions League and anything can happen."

Lehmann spoke exclusively to Sky Sports at adidas' Family Reunion event in London, bringing together influencers, footballers and friends to watch England's goalless draw with the USA on Friday and celebrate adidas' 70s-inspired campaign during the 2022 World Cup.

The Villa forward has a substantial presence on social media herself, with 9.7m Instagram followers and 6.4m followers on TikTok, allowing her to connect with fans.

"It's the best thing that I can influence people of social media," she explained. "You can show them the good things, like hard work and what you need to do [to make it as a footballer], but I think there are two sides.

"There are also bad things because everyone always believes everything that happens on social media and for me, it's not real life. That also makes it a bit difficult."

One of her standout moments came when she scored a stunning goal in Soccer AM's Top Bins game, going viral on social media platforms.

Does she still get asked about that magic moment?

"Literally all the time!", she revealed. "When it just happened, I walked down the street and every second person asked me about Soccer AM, it was so funny.

"The show is amazing, I really enjoyed it and it was so fun. I remember that moment.

"The funniest thing was that before, everyone was joking that I would never hit it as a joke, then I hit it. At Soccer AM, we practised first and I hit it already and then in the real thing, I hit it again. It was confirmation that you need sometimes."

The current men's World Cup comes in the middle of a busy post-pandemic squeeze of tournaments. The women's World Cup kicks off in just eight months, with Lehmann's Switzerland recently booking their spot in Australia and New Zealand.

It will be only their second World Cup as a women's team, the last coming in 2015. Although Lehmann was only a teenager when it happened, she remembers watching the tournament at home in Switzerland.

"In 2015, I was really young," she recalled. "I remember they won really high against Ecuador [Switzerland won 10-1 in their second group game], I watched it and it was an amazing experience to watch them. 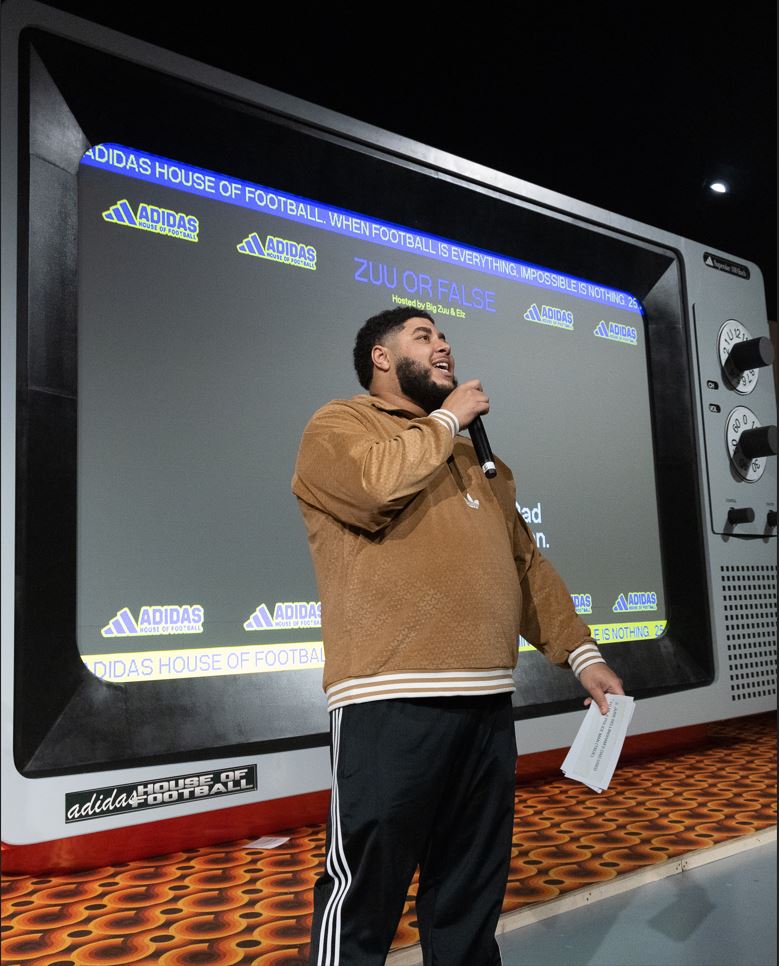 "I can't wait, who doesn't want to play in a World Cup? It's the best thing in the world you can do as a footballer and I can't wait. I want it sooner than it is.

"We are all so excited. It's in Australia and New Zealand, I've never been so it's another country, a new culture so I hope it will be amazing."

For now though, she is supporting Switzerland men's team as they look to qualify from Group G, watching almost every game of the tournament so far - including a 10am kick-off for her country in their opener against Cameroon.

She said: "A lot of teams that we thought weren't so good haves surprised, they've performed. It's great, I've almost watched every game. It's cool.

"I have to put my clock [alarm] on a day off at 10am because Switzerland played then. It was so weird, eating your breakfast, drinking coffee and watching the game, but it's cool."

Zuu said: "The best thing about it is because it's on all day, you find yourself watching it at different points. It might be in the morning with the lads at home and then I'll watch it at work with the crew.

Kaide Gordon and Elz the Witch on the 2022 World Cup

Liverpool winger Kaide Gordon: "I think Saudi Arabia are going to go far. The defence are strong, they’re together as well and they’re a real team.

"England will definitely get to the final with France. It would be interesting to see how England defend against the French attack."

YouTube star Elz the Witch: "I’m a big fan of underdog stories, so I’m loving all the upset. I like unpredictability. I also love seeing the different fans from around the world. They’re going in and I love the cultural element they’re bringing to it. Saudi fans and the Ghanaians have been amazing.

"Brazil and England are my favourites, but Spain are looking strong."

"It's a continuation from England from the last tournament. It's almost the same lads, they're a bit grown now, it's four years on. They're older, they're smarter, they're wiser so I feel like we've got the same exact thing in front of us. They can take it to the semis or the final,.

"Sometimes it's about luck and last time, I feel like we had all the luck up until Croatia. Hopefully we take it all the way this time.

"I also like that you see the little stars come from each country. Each team has a player that's shining out for them.

"There's definitely room for a team to surprise in the last 16. I'm very confident that the team that will win the World Cup this year will be one of the big teams, like England, Brazil or France. But I think we'll be surprised who makes it to the round of 16 and the quarters."