Report and highlights from the Sky Bet Championship clash between Reading and Stoke City at the Madejski Stadium as Tyrese Campbell, Steve Fletcher and Jacob Brown seal a comfortable 3-0 victory for Michael O'Neill's Potters 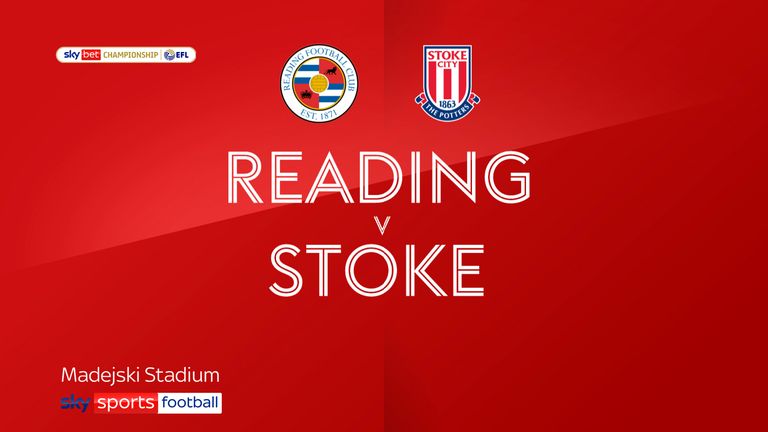 Highlights of the Sky Bet Championship match between Reading and Stoke

Early pace-setters Reading fell to their third successive Championship defeat as Stoke ran out 3-0 winners at the Madejski Stadium.

The Royals passed up several chances inside the opening 10 minutes - two of which fell to Alfa Semedo - allowing their opponents to take the lead against the run of play when Tyrese Campbell seized on a defensive error to sweep home (23).

The hosts were then caught out as they attempted to play out from the back, as Steven Fletcher slotted his third goal in five games (35). Campbell was denied a second by the base of the post, but substitute Jacob Brown struck in stoppage-time to round off a comfortable victory (90+5).

Sunday marks one year in charge for Stoke boss Michael O'Neill, whose side move into eighth place, while Reading stay top for the time being despite having their lead cut to just one point by second-placed Watford, after their 3-2 win over Coventry.

How Reading were caught cold by the Potters

Having lost their comfortable cushion at the top of the table, following two defeats from the last two, Reading hastily illustrated their determination to set the record straight, with the opening exchanges played almost exclusively inside the Potters' half.

They should, perhaps, have taken the lead as a result of their dominance with one of two Semedo headers. The Benfica loanee first nodded straight at Angus Gunn from point-blank range, before a flicked second was met by a smart fingertip save.

Reading maintained control of the game, but there was a switch in momentum when Fletcher exploited debutant Lewis Gibson's inexperience with a cheaply won free-kick on halfway. The ball was then floated into the penalty area from the right flank, where a poor defensive header from Tomas Esteves allowed Campbell to sweep a shot through a crowd and past Rafael.

Less than 15 minutes later, it was two. Goalkeeper Rafael clipped the ball forward as the hosts tried to work the ball out from the back; instead he played it straight to Tommy Smith. The defender threaded the ball into Fletcher, who beat the offside trap and tucked in a second.

Shortly after the restart, Campbell's shot - straight out of the Thierry Henry playbook - was only kept out by the base of the right-hand post but Stoke weren't made to pay for the missed chance as their influence grew throughout the second half.

Veljko Paunovic succeeded in injecting some late energy for the hosts with the introduction of Michael Olise, but his side were left chasing a lost cause, which was made certain deep into stoppage-time, when Brown collected Gibson's weak pass back, rounded Rafael and rolled the ball into the empty net.

Man of the match - Tyrese Campbell

"He has come on an awful lot since the back end of last season and there's a clear improvement in his decision making and reading of the game, though he's always had the talent and the ability. The finish today was brilliant with his weaker foot and I thought he really put in a shift when Stoke were out of possession." 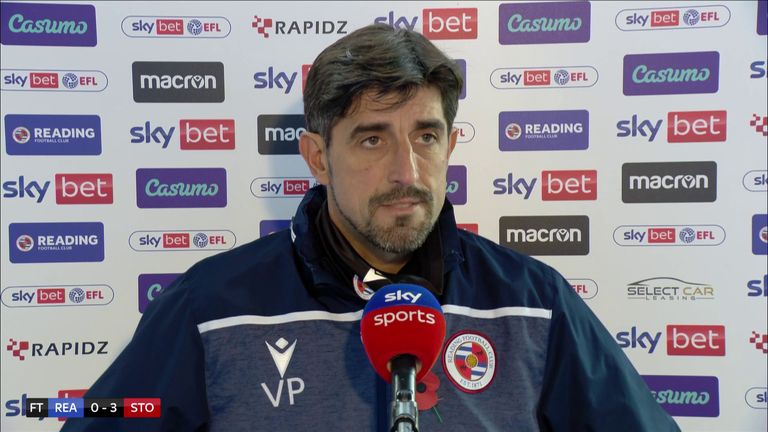 Reading manager Veljko Paunovic says his side conceded silly goals and must take advantage of their early chances in future games after they were beaten 3-0 at home to Stoke City in the Championship.

Reading's Veljko Paunovic: "The game started very well for us and we had very good opportunities. We have to learn that those moments are crucial in a game. You have to take advantage of it. This is a serious league in which mistakes - in both boxes - can kill you. There is a mix of immaturity in some moments and a mix of fatigue, accumulation of games and injuries that we are going through.

"I have to say, though, that there were still a lot of positives. The improvement and evolution in our game since we started the season until now, in terms of controlling the ball offensively, creating opportunities and dominating, is huge. But we slipped on the other side [defensively]. That is unacceptable and we will work towards improvement there in the next couple of weeks." 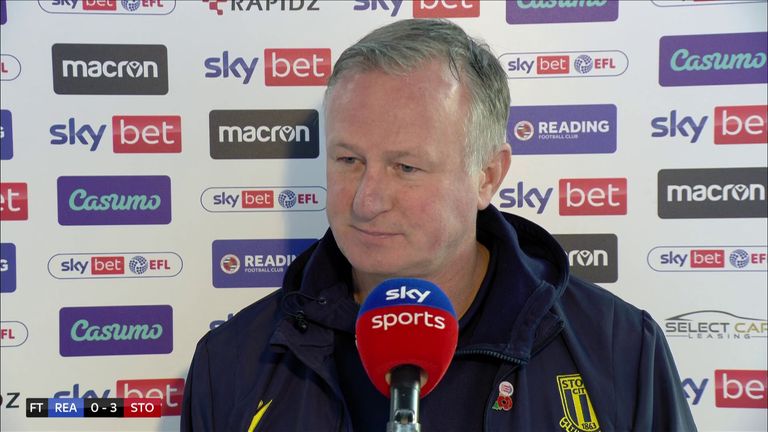 Michael O'Neill was delighted with his side's win over Reading and was particularly pleased with how clinical in front of goal they were in their 3-0 win.

Stoke's Michael O'Neill: "I'm delighted with the three points. We showed a different side to our game today. Reading were very good in the early part of the game and it took us a little while to settle into it. Angus [Gunn] made a couple of really good saves but then we created good opportunities and Tyrese took the first goal very well. He capitalised on their mistake.

"It was good pressure for the second goal as well. Steven takes it well. At that point, it looked as though we would get other opportunities. Of course, we're delighted with the three points, the three goals and also the clean sheet."

Both teams are next in action on Saturday, November 21, after the conclusion of next week's international break. Reading travel to the Vitality Stadium to face Bournemouth, live on Sky Sports Football at 12.30pm, while Stoke City host Huddersfield at the Bet365 Stadium later in the afternoon at 3pm.