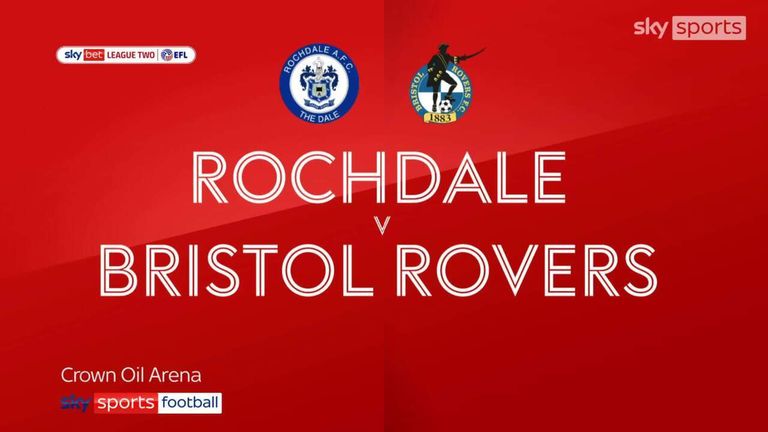 Highlights of the Sky Bet League Two match between Rochdale and Bristol Rovers.

Dale took a two-goal lead into the break after Luke Charman netted in the ninth minute and added a second eight minutes later.

Rovers improved after the break and Sam Finley brought them back into the game with a composed finish in the 53rd minute.

Dale restored their two-goal lead on the hour mark when Matt Done teed up Corey O'Keeffe to beat James Belshaw in the Rovers goal at the second attempt.

However, Rovers hit back in the 66th minute, Antony Evans sliding an intelligent delivery across the face of goal for Collins to convert.

Joey Barton's visitors levelled the scores in the 89th minute, Harry Anderson setting up Collins for his second of the afternoon.

And the three points were secured in dramatic fashion in the fifth minute of added time when Elliott Anderson's header was turned home by Collins.

The visitors' Paul Coutts was sent off in the eighth minute of added time following a melee in his own penalty area, but Joey Barton's team held on to see out a win which keeps alive their hopes of automatic promotion and makes sure of a place in the play-offs at least.