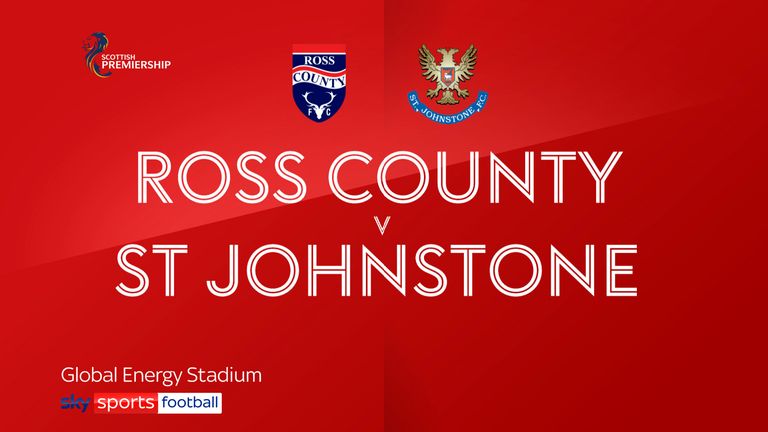 Highlights of the Scottish Premiership match between Ross County and St Johnstone.

St Johnstone blew the chance to get their Scottish Premiership campaign off to a winning start when Ali McCann blasted a 70th-minute penalty over the crossbar as the clash at Ross County finished 0-0.

The highly-rated Saints midfielder's poorly-struck spot-kick missed the target by several feet after Coll Donaldson had been adjudged to have fouled Reece Devine by referee Colin Steven.

The hosts also lived dangerously in the closing stages when Liam Craig hit the post six minutes from time, following a shot from substitute Stevie May.

However, it would have been something of an injustice had the home side not garnered a point from a match that was a hard watch.

Regan Charles-Cook set up an early half-chance for County but the home side were unable to test Zander Clark in the St Johnstone goal as Keith Watson headed wide.

Michael O'Halloran did better after 10 minutes when he forced a low save from Ross Laidlaw after David Wotherspoon had provided the opening.

But drama was in painfully short supply, with both teams seemingly keen to practice damage limitation rather than attack with flair and imagination.

Midfielder Ross Callachan, top scorer at relegated Hamilton last season, provided a rare moment of inspiration when he broke down the right side for County and delivered a low probing cross across the Saints goal. However, Callachan put too much on the ball for Dominic Samuel to be able to reach it at the back post.

The second half was hardly more entertaining than the first had been and the match desperately needed someone to liven the proceedings up.

County certainly appeared more defensively sound than they have been in recent times, presumably down to the tactical influence of new manager Malky Mackay.

In their defence, the hosts have had to deal with a Covid outbreak which forced the club into isolation for 10 days and led to two League Cup ties being postponed.

But St Johnstone, double cup winners last season, will have to find a much sharper cutting edge when they travel to Turkey next week to face Galatasaray in a Europa League first round qualifier.

While rarely exposed at the back, they offered little meaningful threat and their failure to nick a win with the penalty summed up their afternoon. 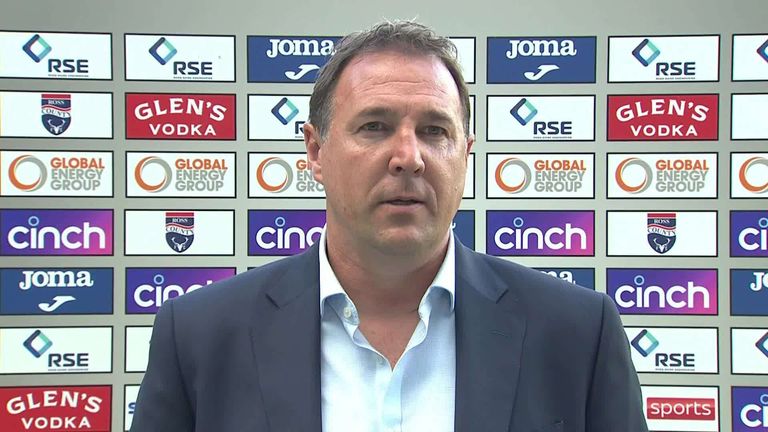 Ross County boss Malky Mackay: "It's been a really tough few weeks. Two weeks ago they were all sitting in the house because of Covid.

"We'd already had the huge turnover of 15 players leaving and we only have five in so far. We only have 14 fit players and three or four children on the bench.

"Two of the boys were in the Gold Cup three days ago in America and Harry Paton was somewhere over the Atlantic 18 hours ago.

"For him to come, fly into London and fly up here this morning - and end up sitting on the bench and getting on the pitch - is testament to him.

"We knew it was going to be a tough game. Callum has a really well-drilled team. They had a fantastic season. But credit to my team. They changed their system twice during the game so we're delighted with the clean sheet." 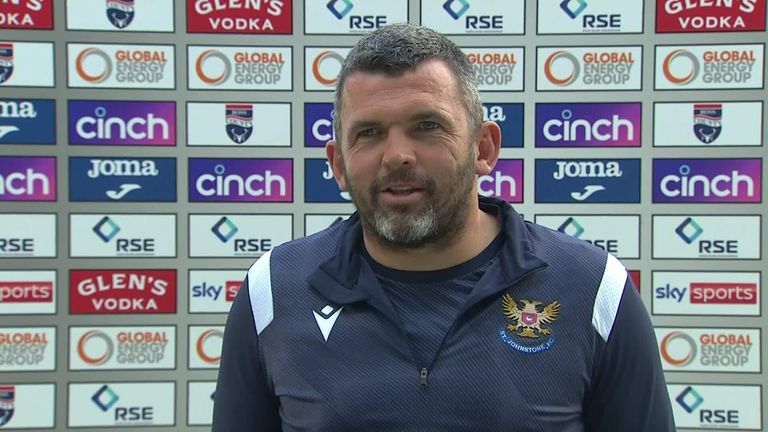 St Johnstone boss Callum Davidson gives his reaction to the club's goalless draw at Ross County in the Scottish Premiership.

St Johnstone boss Callum Davidson: "I thought it was a game we should have won. First half both teams played the same system.

"It was quite difficult to get any real flow in the game and it was quite scrappy. There was a lot of little niggly fouls that I thought the referee could have maybe played on.

"Second half I was pleased with the change in intensity as I asked them to be a little bit more positive on the front foot and more aggressive.

"Liam Craig was off the pitch and he is the one who usually takes penalties.

"It is just one of those things. Ali was confident and it's disappointing because they are massive things in games and it could have turned things our way."

Ross County go to Hibernian at 3pm on Sunday August 8 in the Scottish Premiership, while St Johnstone go to Galatasaray in their Europa League third qualifying round first leg at 7pm on Thursday.