By Kate Burlaga at Bramall Lane

Sheffield United bowed out of the Premier League on a winning note as David McGoldrick sealed a 1-0 final-day victory over Burnley in front of returning fans at Bramall Lane.

The veteran Blades striker scored a fine ninth goal of the season from distance midway through the first half (24) and proved to be a fitting matchwinner as the long-relegated hosts ended a torturous campaign on a relative high.

McGoldrick, the free transfer serenaded by supporters throughout, had chances to further boost his tally, while Chris Basham hit the goalframe from close-range, but one goal was enough to see the hosts avoid further ignominy - no side had lost 30 games in a Premier League season - and their focus must now sharpen on a managerial appointment for a Championship charge.

Burnley, secure for a sixth straight season, were lacklustre for long periods and end the campaign with a third straight defeat but more, more crucially, fresh concern for England goalkeeper Nick Pope, whom Sean Dyche confirmed will need knee surgery that appears to put his Euro 2020 chances in jeopardy.

Man of the Match: Jack Robinson

How Blades bid farewell with win

The scoreline had been the same 442 days ago but how different the story, Billy Sharp then sealing a 1-0 win over Norwich that had maintained an unthinkable bid for European football. How they have missed a crowd that cajoled and emboldened; how they have struggled shorn of that deep connection as well as from their injuries and their frailties.

On the pitch, Johann Berg Gudmundsson took early aim, firing straight at Ramsdale but a series of Burnley corners came and went and John Egan skilfully snuffed out the aerial threat of Chris Wood in a scrappy opening period.

McGoldrick had been busy without connecting with several promising Ben Osborn crosses but the Players' Player of the Season at Bramall Lane crafted the opener himself shortly before the hour mark, collecting Enda Stevens' crisp pass, dropping a shoulder to cut inside and then beating Will Norris with a curling shot.

Burnley offered little in reply and Basham, who would later sport a black head bandage after clashing with Ramsdale, came close to a second goal when he thumped a fierce shot against a post following a corner.

McGoldrick should have scored a second shortly after the interval but the ball got stuck under his feet inside the penalty area and he looped a header over the crossbar shortly afterwards.

Club-record signing Rhian Brewster's wait for his first Blades goal will extend into next season as Norris got down well to smother his low shot from 20 yards but a legitimate lunge to regain possession close to the Kop drew an admiring roar, the youngster buoyed by his first taste of the Blades' support.

The hosts survived some late pressure, the robust Jack Robinson clearing the ball from just in front of his own goal line with Wood lurking, but the Blades held on for a rare but deserved victory on their top-flight farewell, the time now for clarity at the top ahead of a summer rebuild at the end of an era.

Sheffield United interim boss Paul Heckingbottom: "Good win, good performance, delighted for the fans and the players. I felt we deserved it but you have to earn it and we did. We were a threat on the counter and wed defended our box very well."

"Whoever is in charge is going to take over a good, hungry group. Yes, they'll need driving but there's certainly enough quality."

Burnley boss Sean Dyche: "We have petered out after the Fulham game and we have missed two key players
again today in Popey and Ben Mee. But I can't be too hard on the players as they have put in a lot of effort
and given everything and we have just lacked a bit of edge recently. 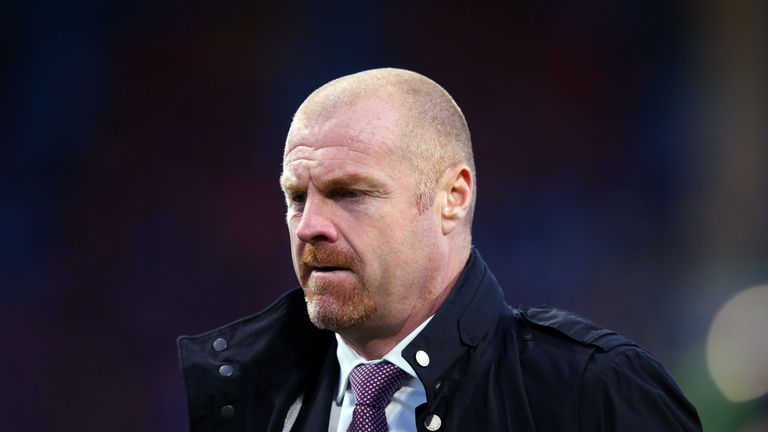 Sean Dyche thinks Burnley’s season petered out in the final three games as they dropped to 17th, including a final day defeat at bottom of the table Sheffield United.

"These players give a lot to the cause and the side has been very stretched for much of the season as we have had so many injuries with such a small squad. But we still have 39 points which is not to be scoffed at in the Premier League."

On Nick Pope: "He needs [the surgery]. It's a minor cartilage situation. He felt a click in his knee. "It's quite a simple decision but a tough decision because we don't know how long it will take [his recovery]."

Pushed on whether Pope would likely be fit for the Euros, Dyche said: "I don't know, we'll have to see."

The 2021/22 Premier League campaign will start for Burnley on the weekend of Saturday August 14 - 34 days after that Euro 2020 final at Wembley.

The 2021/22 Championship season for Sheffield United begins a week before the top-flight one on the weekend of Saturday August 7. All Sky Bet EFL fixtures will be announced at 9am on Thursday June 24.