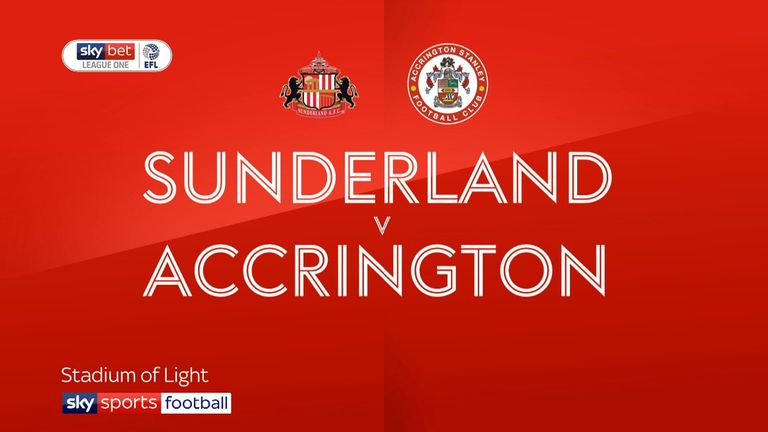 Sunderland avoided a scare in their first meeting with Accrington as goals from George Honeyman and Aiden McGeady rescued a 2-2 draw for Jack Ross' men at the Stadium of Light.

Stanley had failed to register a single goal in their six games in 2019, but took an unlikely lead after 29 minutes when Billy Kee struck from the penalty spot, before Paul Smyth headed his first goal since joining on loan from QPR (52).

The deficit was cut by Black Cats skipper Honeyman three minutes later when he fired home Will Grigg's pass, before experienced winger McGeady levelled proceedings when he tucked in a low shot from inside the area.

Man of the match: Paul Smyth

The result leaves Sunderland three points off the automatic promotion places in League One, while John Coleman's men are elevated to 15th, though they still have two games in hand over many of the teams around them.

In December, Accrington were just 20 minutes from securing a 1-1 draw with Sunderland at the Crown Ground. Conditions reminiscent of a monsoon forced the game to be abandoned, meaning Stanley had something to prove on the return fixture.

Then again, so did Sunderland, who had drawn six of their last nine league fixtures. McGeady cut inside Ross Sykes and flashed a shot across goal, before £4m striker Will Grigg spurned two chances from close range.

Smyth was lively for the visitors and helped set up the opener. Jack Baldwin chopped down the Northern Ireland international inside the area, leaving Kee to smash home the opener - his 11th of the season - from the penalty spot.

Seven minutes after the break, Smyth rounded off a slick move he created himself, racing onto Sean McConville's cross to the centre of the area and nodding past Sunderland 'keeper Jon McLaughlin.

Both sides made one change each coming into the game. Charlie Wyke replaced Duncan Watmore for Sunderland, while Ross Sykes stepped in for Accrington, taking the place of Ben Richards-Everton.

But Sunderland weren't prepared to fall to a side who, less than two years ago, were three divisions below them and the introduction of Chris Maguire proved to be a masterstroke from Black Cats boss Jack Ross. Seconds after entering the fray, Grigg held off Janoi Donacien to flick Maguire's cross to Honeyman, who pulled one back.

McGeady then played a one-two with Maguire, before plundering an equaliser from just inside the area and the hosts thought they'd won it in the final minute of normal time as Luke O'Nien directed Max Power's long-range effort past Jon Maxted, though the full-back had strayed just inches offside.

Man of the match - Paul Smyth

Just 21-years-old, QPR loanee Smyth epitomised the desire and belief Accrington entered the game at the Stadium of Light with. He chased down every ball with a determined energy and were influential in the eventual result, having both won the penalty that Billy Kee dispatched, as well as scoring less than ten minutes into the second half.

He was withdrawn after sustaining a thigh injury in the second half, but his eye-catching performance will have been an interesting watch for the hierarchy at his parent club, no doubt.

Jack Ross: "Part of the game was good and part of it not so good. That sounds very simplistic but that was the case for us tonight. We started the game well, created opportunities and then had a period post the goal that we weren't very good. 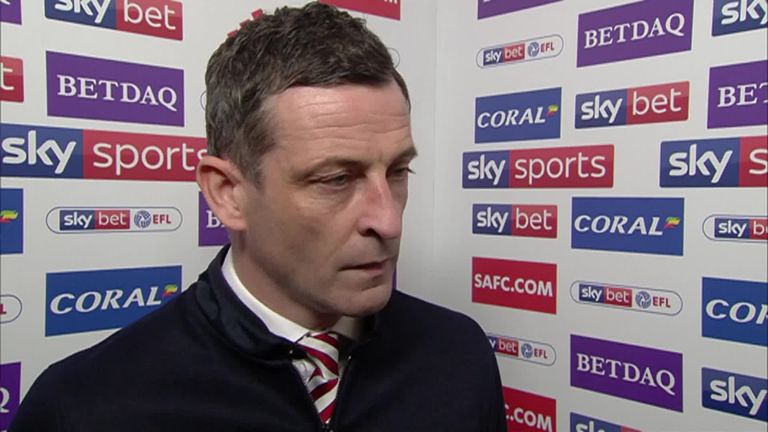 "We didn't cope with the demands during that period and yet the reaction to going two behind was very, very good. Overall, we can't say it's good enough because we have demands to win games, particularly in this stadium. But in terms of character, I can't fault these players."

John Coleman: "The lads are disappointed in there - it feels like a defeat. That shows how far we've come when we're coming to Sunderland and we're disappointed to come away with a point, but I don't know many teams who score two goals here and I think we were value for that. 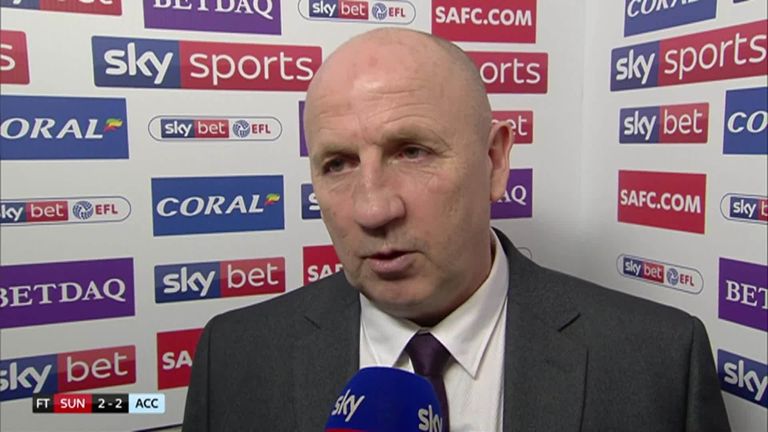 "We had a 15-minute spell in the second half where they upped their game and it's a mistake by Janoi [Donacien] and he knows it. There's no one more disappointed than him. There was half an hour to go when they added on the time as well and we could've crumbled but we didn't. I just thought it was a fantastic game of football."