Report and free highlights as Steven Zuber and Christian Fassnacht score in either half to give Switzerland a 2-0 win over Northern Ireland, who have Jamal Lewis sent off and are now six points off a play-off spot in World Cup qualifying with three games remaining 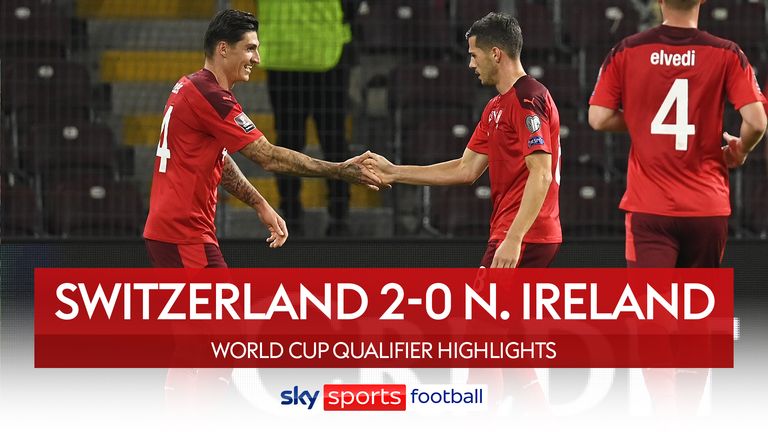 Northern Ireland's hopes of reaching next year's World Cup were dealt a heavy blow with a controversial first-half red card playing its part in a 2-0 loss to Switzerland.

Ian Baraclough's men now sit six points adrift of second place in Group C with three matches to play, including a showdown with Euro 2020 winners Italy in their final qualifying game, but could feel aggrieved about the manner with which their World Cup 2022 hopes were dealt a potentially fatal blow.

Only 37 minutes in and with the scores goalless, Jamal Lewis was shown a second yellow card for time-wasting at a throw-in, a decision dubbed "shambolic" by former Northern Ireland midfielder Neil Lennon, and when reduced to 10 men the visitors looked incapable of dealing with their hosts.

So it proved 45 seconds before half-time when Craig Cathcart was caught in possession on the half-way line, and in a flash Switzerland were ahead. Breel Embolo intercepted before feeding Steven Zuber, who emphatically beat Bailey Peacock-Farrell.

It needed the Sheffield Wednesday loanee to be at his best to keep Northern Ireland in the game after the break, although they never came close to threatening a goal themselves after Conor Washington's first-half effort had been kept out with the scores goalless.

Red card plays its part as Irish hopes all but ended

Stuart Dallas, Chris Brunt and Neil Lennon all spoke of the importance of an unlikely three points ahead of kick-off in Geneva to re-ignite Northern Ireland's World Cup qualifying hopes, and so the sight of Denis Zakaria's piledriver bulging the bottom corner with less than five minutes on the clock was about as bad as things could have started.

VAR would hand the visitors a reprieve for a marginal offside against Kevin Mbabu in the build-up, but the officials would not remain in their good books for long. After Washington took advantage of Manuel Akanji's poor header to race through and test Yann Sommer, the rest of the first half became one-way traffic in the direction of the Northern Ireland goal - and shortly after the half-hour mark, their already tough task would be made yet harder.

Lewis could not argue when booked for hauling down Embolo on the half-way line, but 13 minutes after his first yellow card was shown an astonishing second when referee Slavko Vincic, under pressure from the hosts and home support to clamp down on Northern Ireland time-wasting, got his cards out as the left-back took his time over a throw-in on the half-way line.

"The referee doesn't warn him, it's shambolic," Lennon told Sky Sports at half-time, by which point Zuber had finally fired Switzerland ahead as Embolo pounced on Cathcart's sloppy touch before sliding through to supply the AEK Athens midfielder's composed finish.

Only Peacock-Farrell's heroics kept Switzerland at bay after the break, with Northern Ireland knowing while they remained a goal down they always had a chance of an unlikely result.

He first kept out Embolo's control and strike, before producing the save of the match to deny Fabian Schar's close-range flick, and coolly held Zuber's chested touch from Ricardo Rodriguez's cross as Switzerland piled on the pressure.

At the other end Sommer remained untroubled even as Baraclough threw on attacking reinforcements in desperate hope of an equaliser, and instead their commitment to attack would see them punished. As the match moved into added time Embolo was released on the break and gave Fassnacht a simple finish with a fine pass inside and finally produce the elusive second goal. 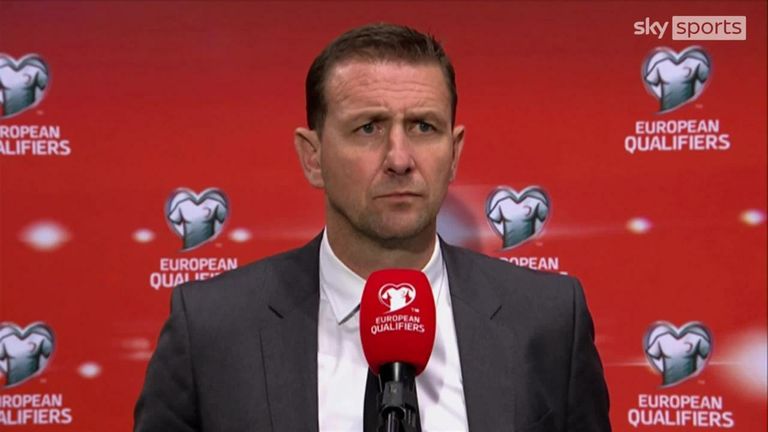 Northern Ireland manager Ian Baraclough told Sky Sports: "To be warned of time wasting after 37 minutes? I think he's forgotten he's not spoken to him once. The first time he asks him to hurry up, he brings out the yellow card. Then he realises he's booked him, and can't go back on his decision. It's a terrible decision.

"He's not realised he's booked him earlier on, he's not given him any warning, of anything. He's got no clue he's on a warning for any time wasting. It's a diabolical decision, and it's changed the course of the game.

"They want to get the game flowing, we want to go at our tempo at times, but there was no warning people were going to get booked - 37 minutes, someone's been sent off for his first indiscretion, in the referee's mind.

"If there's not a throw-in on for him, he's not just going to throw it to a Switzerland player, is he? Was he time-wasting, I'm not sure. It's ruined the game, the lads have given absolutely everything." 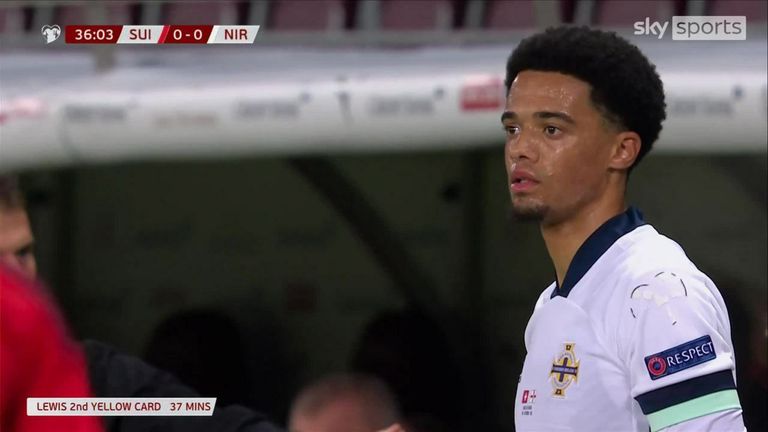 "The referee doesn't warn him, doesn't blow the whistle, but he walks over to him, blows the whistle, and gives him a second yellow card.

"It's shambolic, I've never seen a player given a second yellow card for time-wasting on 36 minutes in any game in my life."

"The referee, with the crowd booing, has pulled the yellow card out and then realised he has to send him off. You can half see it on his face."