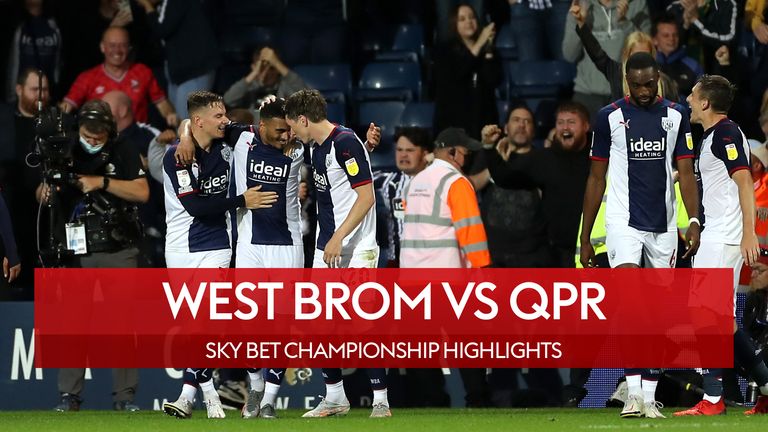 Highlights of the Sky Bet Championship match between West Brom and QPR.

West Brom mounted a superb late comeback to beat QPR 2-1 and return to the top of the Sky Bet Championship on Friday night.

Valerien Ismael's men had the better of the chances throughout the first half, but went in behind at the break, after Andre Gray had given Rangers the lead inside 45 seconds.

For much of the second half the hosts were kept at bay, though when they finally found they way back into the game, the equaliser came in fortuitous circumstances as goalkeeper Seny Dieng failed to hold Karlan Grant's shot and pushed the ball into the back of his own net (75).

As the noise from the home fans increased, Grant was the matchwinner in the penultimate minute of the 90 as he finished off a delightfully crafted Baggies move to preserve their unbeaten start to the league season and send them to the summit (88).

QPR, meanwhile, stay eighth after their third defeat of the season.

How West Brom left it late to stay unbeaten

It is fair to say both teams had gone off the boil in recent weeks, despite having been part of the pack that raced towards the top as the season got under way; West Brom had drawn three games on the trot, while QPR were without a league win since August 28.

Confidence was clearly flowing following their midweek Carabao Cup shootout heroics against Premier League Everton, though, and in the blink of an eye they were ahead against the Baggies, as Gray latched onto Moses Odubajo's pass, beat the offside trap, drew Sam Johnstone from his line and rolled a low shot past him and into the unguarded net.

Having thrown down the gauntlet early on, the visitors sat back and invited their opponents forward. Though, on the whole, they were solid defensively, there were some nearly moments; Darnell Furlong caused panic when he skipped past temporary left wing-back Yoann Barbet and laid the ball across the box, while Adam Reach's point-blank header was kept out by an instinctive stop from Dieng.

Shortly after the break, Ismael replaced Matt Phillips and Grady Diangana with Jordan Hugill and Callum Robinson - a move that was greeted by boos from a section of the home crowd. It was, however, the two substitutes who would go onto play a key role later on.

Before that, though, West Brom finally breached the QPR backline with 15 minutes to play, when Grant received the ball on the left-hand side of the penalty area and powered a shot towards the near post that an unfortunate Dieng pushed into the back of his own net after fumbling the initial effort.

The hosts had their tails up thereafter - and understandably so. With the chance to return to the top of the division, they upped the ante and netted the winner when Hugill's deft touch found Robinson, who moved the ball on for Grant to fire across Dieng and into the back of the net.

Man of the match - Karlan Grant

The forward, who turned 24 last Saturday, has endured a tough time in front of goal since joining West Brom from Huddersfield last October, but doubled his tally for the club on Friday night with two late strikes.

A stroke of luck played its part in the first, with the second a composed finish worthy of sealing all three points. His ruthless touch inside the box could prove to be an important weapon for the Baggies as they look to continue their early promotion push. 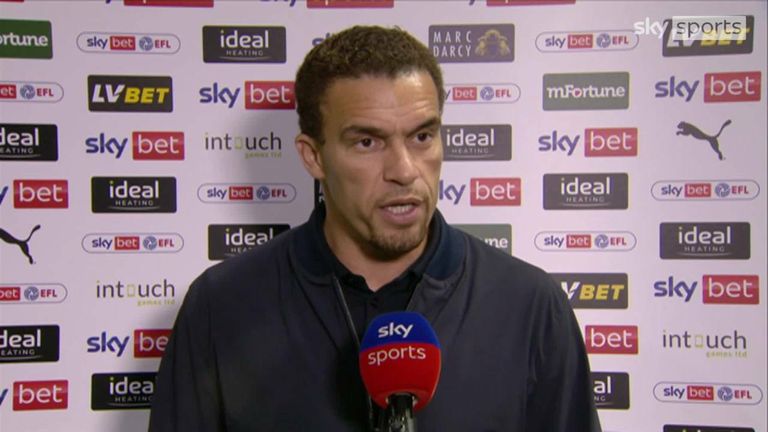 Valerien Ismael praised the mentality of his West Brom side after they fought back to claim all three points against QPR in the Sky Bet Championship.

West Brom's Valerien Ismael: "Congratulations to the guys. I think they showed another mentality. It was a difficult game because we conceded a goal early and after we changed the way to have more possession. When you know that you will have more possession, you need more patience. But I think, at the end, we deserved it because we shot 18 times, eight times on target.

"We were ruthless in the right moments. It was a difficult game, but this is the Championship and now we are top of the table for 24 hours, at least. It's a great feeling. We won our game, but now we need to prepare for the next game against Cardiff on Tuesday." 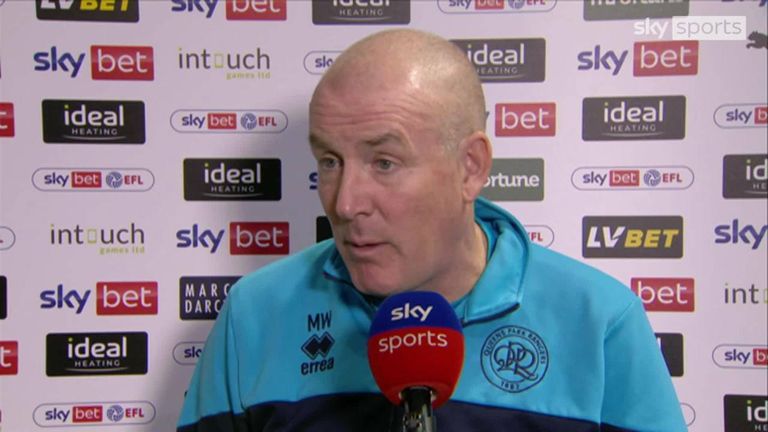 QPR manager Mark Warburton claims he is 'beyond frustrated' with individual errors by his side after losing 2-1 against West Brom in the Sky Bet Championship.

QPR's Mark Warburton: "We had to adopt different tactics tonight. They pressed well and expected us to overplay at the back, so we had to go against what we normally do to frustrate. We felt we could get loads of space down the sides and we did it in a minute; that's exactly why Andre played tonight.

"We got the early goal then we frustrated them. We wanted to quieten the crowd and not play the QPR way, so to speak. Seny had no great saves to make and then we gave away two individual errors and that's the frustration. To get to seven minutes from the end of the game, be in that position and give away two goals of that nature is beyond frustrating."

Both teams are next in action at 7.45pm on Tuesday, September 28. West Brom travel to South Wales to take on Cardiff, while QPR host Birmingham at the Kiyan Prince Foundation Stadium. Both fixtures will be available to watch on Sky Sports Football Red Button.