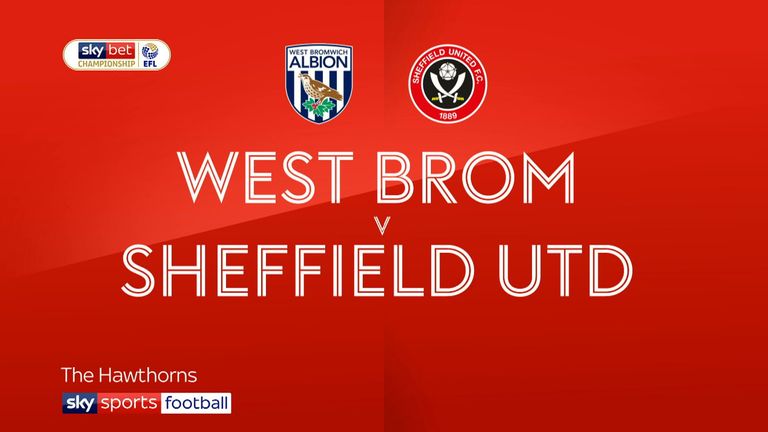 Kieran Dowell's first goal since joining Sheffield United on loan from Everton in January elevated the Blades to the automatic promotion spots after a 1-0 win over West Brom at the Hawthorns.

Neither side managed to edge themselves on top in an even second half, but Jay Rodriguez had a late effort chalked off after the official spotted the striker bundle a cross over the line with the aid of his hand.

Man of the match: Kieran Dowell

Barely a week goes by at this point in the Championship season where there's a fixture without meaning and with the chance to finish day as one of the top two sides, Sheffield United wasted no time in taking advantage.

Wilder's use of overlapping full-backs has been a key component in the Blades' promotion push this season and the success of the system was laid bare for all to see when Dowell drew first blood for the visitors.

Having raced forward as his team-mates countered, Cranie hooked a hopeful cross from the byline and the Everton loanee sent an angled header beyond Johnstone.

With the half-hour approaching, McGoldrick spurned a good chance when he tried an angled effort with Sharp close by, but though the Baggies' influence did grow throughout the first half, they couldn't break down a resolute defence marshalled by John Egan.

Egan was withdrawn after the break due to a tight calf, but the backline stood strong nonetheless; Enda Stevens blocked a ferocious volley from Dwight Gayle, before the returning forward mistimed his connection to Kieran Gibbs' perfect cross.

Dwight Gayle returned from suspension and started for the Baggies at the Hawthorns, joining Gareth Barry and Rekeem Harper, while Matt Phillips started his first game since New Year's Day.

Chris Wilder restored Billy Sharp and David McGoldrick to the starting lineup, after resting the pair for last Saturday's 4-0 win over Reading, while starting Kieran Dowell ahead of Mark Duffy in midfield.

The hosts had scored 20 goals in the final 15 minutes of games so far this season and they thought they had one six minutes from time when Rodriguez handled Holgate's cross over the line, but the infringement was immediately spotted and the striker was duly booked.

Johnstone was seldom tested between the sticks, but in the dying seconds he preserved the slender lead with a brave claim at the feet of Gayle as the frontman moved clear.

Man of the match - Kieran Dowell

A tremendous performance from the 21-year-old, rounded off by scoring the winner in a game very well-managed by Sheffield United.

Darren Moore:"We just played against a resilient Sheffield United and credit to them, they got the goal and I thought their work off the ball was excellent. 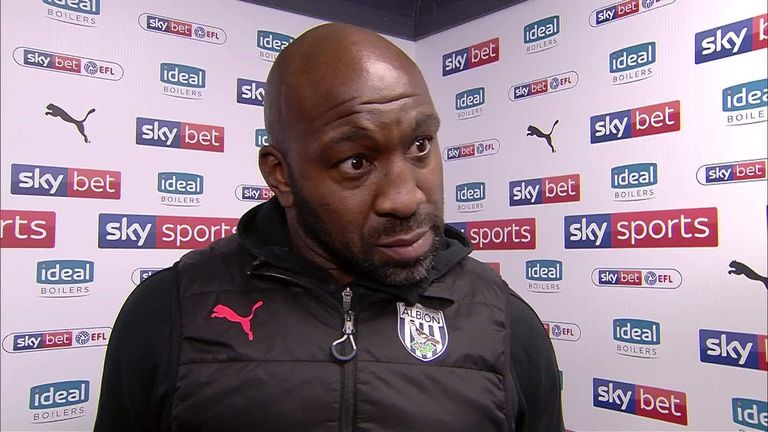 "For them to come here and keep us shut out, it's probably been over a year since we've not scored a goal at home. It shows the big performance they put in today, but I just thought maybe it was a game too far for us in terms of the energy and physicality that we needed."

Chris Wilder: "There's still a hell of a long way to go and we've beaten a good side today, that's all. I think it was more of a game, for us, of character, commitment and we've lost John Egan at half-time. 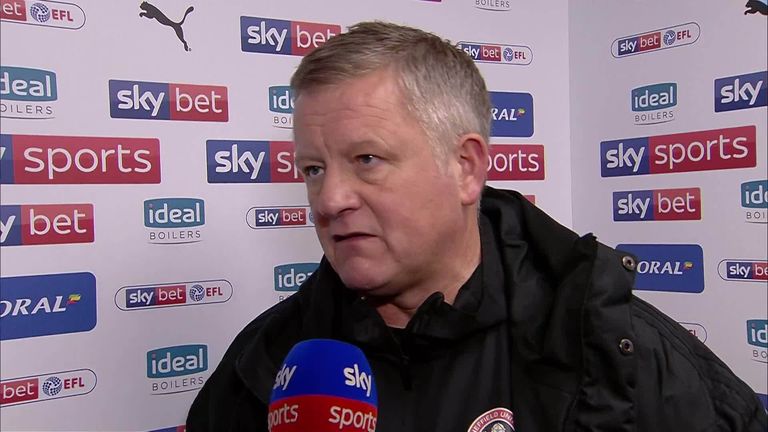 "I didn't think we played particularly well to be honest, but we stuck at our task and we've won a tight game. We talked about winning games against teams that are around the top of the table and we've done that today."

West Brom take on Leeds at Elland Road next Friday evening, while the Blades are next in action in the Steel City derby with Sheffield Wednesday on the evening of Monday 4 March. Both fixtures will be shown live on Sky Sports Football.