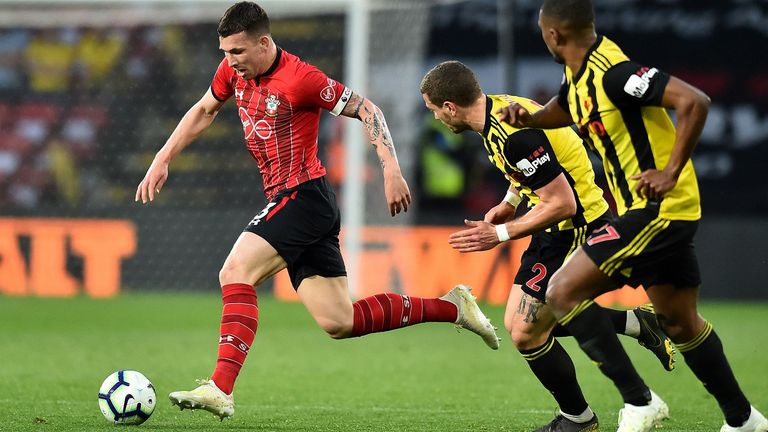 Andre Gray's late equaliser salvaged Watford a point in a thrilling 1-1 draw with Southampton, who scored the fastest goal in Premier League history. 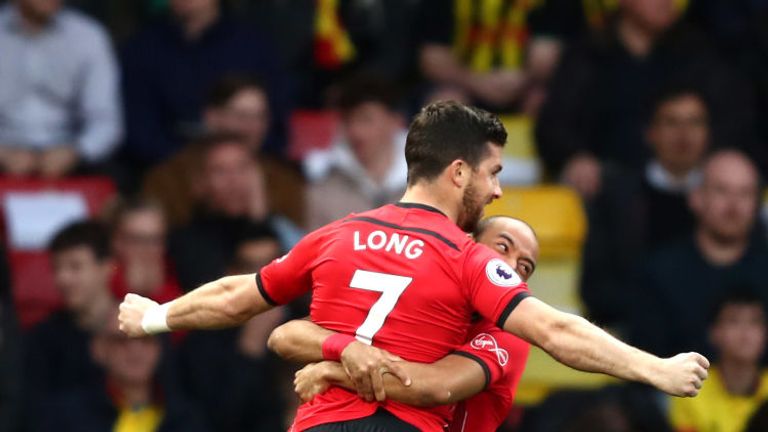 Watford struggled to break down a resilient Southampton defence, but equalised in the final minute when Gray fired into the roof of the net from close range.

Man of the match: Shane Long

How contest started - and finished - with drama

Southampton made the perfect start when Long blocked Cathcart's pass, with the ball bouncing perfectly as he found himself one-on-one with Foster before producing an expert finish over the goalkeeper.

Javi Gracia made three changes to the side that beat Huddersfield, with Mariappa, Femenia and Sema making way for Kabasele, Janmaat and Pereyra. Hasenhuttl made just two changes as Armstrong and Long replaced Sims and Ings.

But the Hornets struggled to find their rhythm as Southampton dominated the first half, and the visitors were unlucky not to increase their lead as Long twice headed wide from close range and Redmond twice hit the post.

Southampton sat back after the break and risked absorbing everything Watford threw at them, with Maya Yoshida blocking well as Daryl Janmaat fired an effort from distance.

Gunn did well to tip over Gerard Deulofeu's free-kick that almost found the corner of the net, but Watford struggled to create any clear-cut chances as Saints set out to stifle them.

But the hosts did not give up and were rewarded after Southampton failed to clear their lines in the final minute, giving Gray the space to fire into the roof of the net. Javi Gracia: "Before the game we knew it would a tough game because Southampton are playing, in my opinion, really well, and after the early goal it was even more difficult.

"In the first-half we didn't feel comfortable, we didn't play as usual and in the second-half we improved a little bit. We created chances at the end with the spirit and desire and it is a good point.

"I prefer to play with three at the back and we need to be more offensive which is why I took Craig (Cathcart) off at half-time. 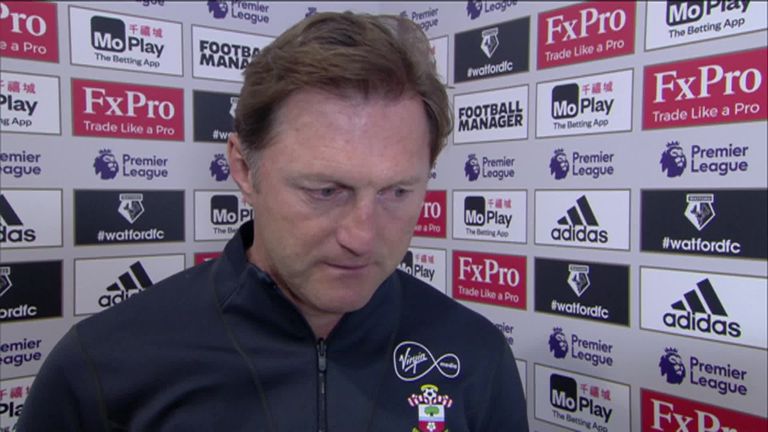 Ralph Hasenhuttl: "I think in the first half we could've been well in the lead. We were much more aggressive than at Newcastle and that's what we wanted to show today, we wanted to win. It's a big point for us.

"I think the message today was to be very aggressive from the first minute, and I think Long listened very well."

Man of the match: Shane Long

Long bullied the Watford defence from the very first seconds, and could have had a hat-trick but for some wayward finishing in the first half. He can be forgiven, though, thanks to that record-breaking goal in the first seven seconds. A very well-taken finish.

Watford host Wolves on Saturday in what may prove to be a Europa League-spot decider, while Southampton face Bournemouth at St Mary's.