Report and free match highlights as Michael Olise nets injury-time winner to secure Palace's first away win of season; Said Benrahma had fired West Ham ahead before Wilfried Zaha levelled it up 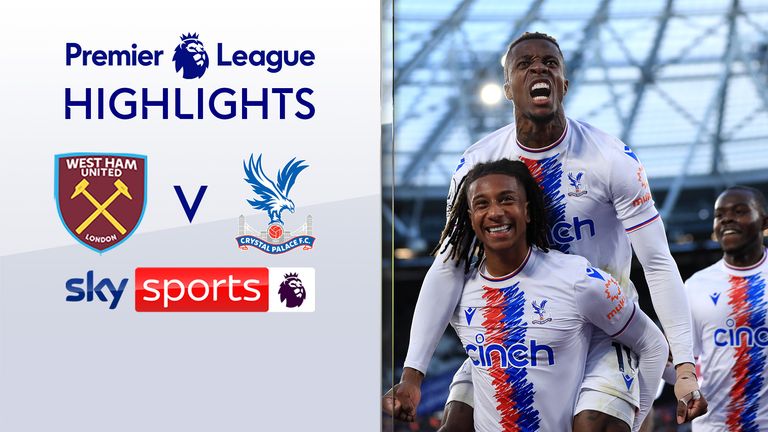 FREE TO WATCH: Highlights of West Ham against Crystal Palace in the Premier League

Michael Olise’s late goal ended a run of seven games without a win on the road for Crystal Palace as they dispatched a tame West Ham side 2-1.

Despite being second-best throughout and posting just five shots on goal over the 90 minutes, West Ham grabbed the lead when Said Benrahma lashed one home from 22 yards. Palace stayed calm and kept playing silky possession-based football and got their rewards before the break when Wilfried Zaha fired them level after an error from Thilo Kehrer.

The game did fizzle out in a drab second half, but West Ham thought they had been given a lifeline to win it when Michail Antonio went down under a challenge from Marc Guehi inside the area.

However, referee Paul Tierney overturned his original call after VAR instructed him to watch the replay on the pitchside monitor.

That looked to be the final major incident of the game, but Palace broke on the counter after Antonio's final ball inside the box was chipped straight to Vicente Guaita. He started the attack which ended with Olise curling a deflected effort over Lukasz Fabianski - his first goal in 19 games.

West Ham's expected goals return of 0.19 is the lowest at home produced by any side this season, and their lowest since the start of last season. They were booed off at full-time by the home fans.

Player of the match: Wilfried Zaha

How Palace sparked into life on the road…

Patrick Vieira's team had not scored in their last three away games at Newcastle, Leicester and Everton but started full of verve and slickness with Zaha leading the line in the absence of Odsonne Edouard.

Palace had four shots on the West Ham goal inside 10 minutes but it was the Hammers who landed the first blow when Benrahma skipped inside and past two challenges before slamming a thunderous effort into the top corner.

With Palace's fragile confidence on the road it was expected that West Ham, who had won their last six games in all competitions at home, would pin Palace back. It never materialised as Vieira's side kept dominating the ball and caused problems with their fluid front four of Eberechi Eze, Zaha, Olise and Jordan Ayew.

The goal came on 41 minutes when Eze pressed Kehrer on the touchline into a mistake and fed Zaha into the box. Palace's top goalscorer shimmied past Craig Dawson and bulleted a finish into the net from 15 yards.

David Moyes called for Antonio at the break for the lacklustre Gianluca Scamacca but the pattern of play remained the same with Palace dominating possession and sliding Eze and Zaha into dangerous positions. It did not equate into any major chances, though, as West Ham grew into the game.

The home fans were celebrating a penalty with 10 minutes remaining when Antonio muscled past Joachim Andersen before being sent tumbling by Guehi under minimal contact. Referee Tierney awarded the spot-kick but it looked soft and was rightly overturned by VAR as there was little contact between the attacker and the defender.

Antonio's pace and power was on show during a frantic injury-time too when he sprinted clear into the box down the right and had five West Ham attackers waiting for the cross. His final ball was well below standard, though, and from there Palace attacked.

It ended with Olise cutting in from the right and his deflected strike looped over a helpless Fabianski to send the away end into utter delirium.

Ahead of Palace's trip to West Ham, Wilfried Zaha said to Sky Sports: "I'm very devoted to Palace and that's all I'm thinking about."

His performance at the London Stadium backed up those words. Zaha is out of contract at the end of the season, hence the questioning about where perhaps his future rests. Barcelona have been reported as a potential suitor - as have Juventus. Palace's top scorer turns 30 on Thursday and the opportunity to take his talents into the Champions League would surely be hard to turn down, especially as he is yet to win a major trophy. His talent - as shown against West Ham - deserves to be showcased on such a stage.

In the absence of Odsonne Edouard, Zaha played the role as the central striker, playing 'on the shoulder' against central defenders Craig Dawson and Kurt Zouma. It was the threat of him running in behind - something he did within two minutes which won his side a free-kick - that made West Ham defend so deep and look so scared of their own shadows despite playing at home. His hold-up play was good, his movement clever and what makes Zaha a potential option for the European elite on a free transfer is his killer instinct in front of goal.

His strike against West Ham was his 15th goal of this calendar year - only Harry Kane (23), Heung-Min Son (18), Erling Haaland (18) and Ivan Toney (16) have scored more. To get a player of such ilk on a free transfer is going to make Zaha a wanted man this summer. It will be a true test of his devotion.

Time looks to have run out for Jarrod Bowen to catch the eye of Gareth Southgate. This was another anonymous showing from the West Ham winger who is underperforming compared to his heroics of last season. In 14 Premier League games this season, he has scored just twice and has no assists to his name. There was little impact from Declan Rice either as he never truly got a grip on the game with his determined style, although his place in Qatar is assured.

Tyrick Mitchell - solid if unspectacular down the left for Crystal Palace - did his case no harm whatsoever as a likely replacement for Ben Chilwell but you feel he does lack the attacking nous to seriously become a genuine contender.

David Moyes speaking to Sky Sports: "It's difficult to explain that one. We scored a goal when we didn't deserve to score one but then we gave them a goal which was all our doing. Then it looked like we'd get the winner but they broke and scored. We didn't play well enough and Palace were the better side. Did they deserve to win? Maybe so due to the way they played - but the goals we gave away were terrible." 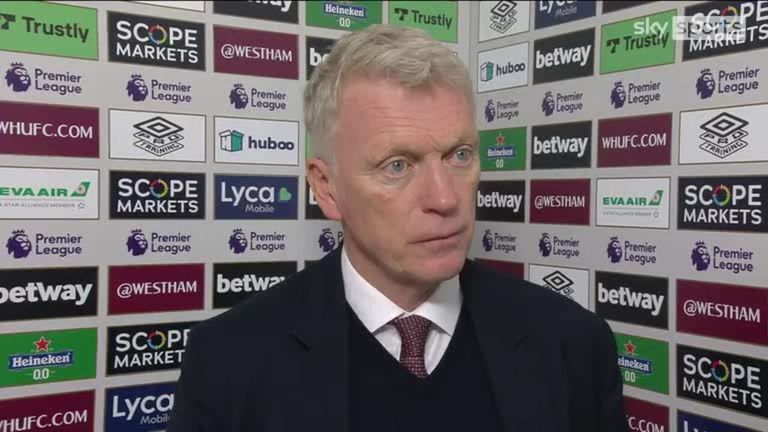 West Ham manager David Moyes concedes his side were second best at home to Crystal Palace after a 2-1 defeat in the Premier League.

Patrick Vieira speaking to Sky Sports: "I think we were the better team over the 90 minutes. We didn't create much in the first half as they were really deep and we couldn't find players in between the lines. But we had the strength and calmness to come back. We've had some tough games away from home and our performances have been positive but today was really good, we deserved it." 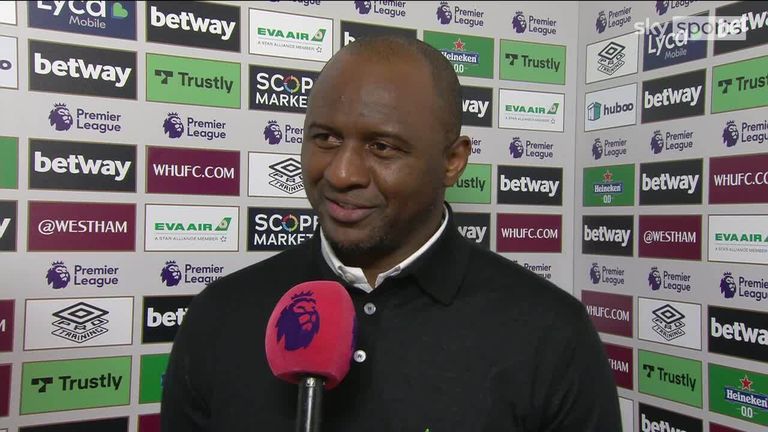 Crystal Palace manager Patrick Vieira believes his side were well worth the 2-1 win at West Ham having secured their first victory away from home this season.

West Ham host Championship club Blackburn on Wednesday at 7.45pm in the Carabao Cup third round. They're at the London Stadium again on Saturday November 12 for the visit of Leicester at 3pm in the Premier League.

Crystal Palace go to Newcastle in the Carabao Cup on Wednesday with a 7.45pm kick-off before travelling to Nottingham Forest on Saturday November 12 at 3pm.