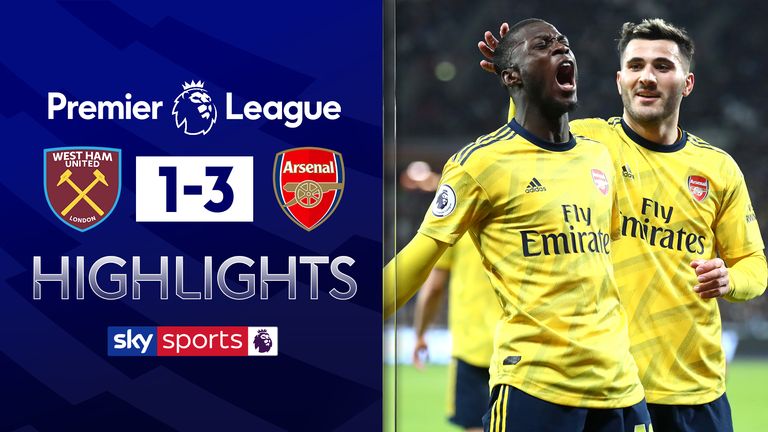 FREE TO WATCH: Highlights as Arsenal fight back to beat West Ham

Arsenal were distinctly sub-par for an hour, failing to register a shot on target until Gabriel Martinelli netted from 12 yards on his first Premier League start (60), before their second shot on target saw Nicolas Pepe curl a beauty past David Martin from just inside the box having cut in from the right (66).

They hit their third in just nine minutes as Pierre-Emerick Aubameyang struck on the volley unmarked from close range (69), and that's how it stayed as Freddie Ljungberg won for the first time as interim head coach. Arsenal move up to ninth, while West Ham stay 16th, a point above the drop zone.

The majority of the first half at the London Stadium epitomized the two sides' form: bereft of confidence and midfield quality.

Aubameyang sought to do a lot of Arsenal's attacking by himself, doing well to get to the byline, only to see his lifted cross headed over by Mesut Ozil from eight yards, while at the other end Michail Antonio forced a good save from Bernd Leno at an angle.

The sloppiness of the goal was befitting of the first-half action. Pablo Fornals' right-wing cross met Ogbonna 12 yards out, who nodded onto Maitland-Niles' own head, deflecting the ball into the far corner past Leno. Though VAR had a look to see if Ogbonna had in fact handled the ball home, replays were inconclusive.

Arsenal's defending of Ogbonna's effort was heavily criticised in the MNF studio at half-time, with Granit Xhaka's attempts to put the West Ham man off described as "shocking" by Jamie Carragher.

It looked more likely that West Ham would score the second goal, coming forward at will in the early stages of the second half, but Arsenal scored three in nine minutes to flatten the hosts.

First, Martinelli struck low into the bottom corner from 12 yards from a break after Sead Kolasinac's fine centre from the left, before Pepe showed a rare glimpse of his £72m worth, cutting inside from the right to curl into the far corner from just inside the box.

Sebastien Haller dropped to the bench for West Ham, replaced by the fit-again Michail Antonio.

Arsenal made four changes from the side that lost against Brighton; Martinelli made his first Premier League start, coming in alongside Tierney, Chambers and Pepe, as Kolasinac, Luiz, Lacazette and Willock were dropped.

Arsenal relaxed and gained confidence, while West Ham crumbled as their troubles became apparent again. Arsenal grabbed their third as Pepe's dinked cross from the right found Aubameyang clear ahead of his marker, and the forward did the rest, stooping low to volley past Martin.

Though a much-needed victory on paper, this was only vintage Arsenal in the modern sense - mainly lacking in physicality, but saved by their undoubted attacking quality. There is still much work for Ljungberg, and whoever takes on the job, to do in the short- and medium-term.

West Ham boss Manuel Pellegrini: "It's difficult to understand as we dominated the game for 60 minutes but then we didn't score the important second goal and we lost the game.

"We must understand the boos because in the last five games we didn't win. They hadn't produced much for 60 minutes, but if you don't win the fans aren't going to be happy. 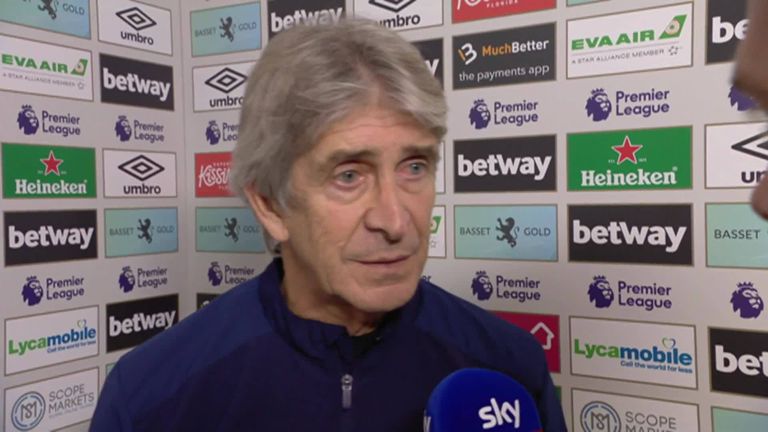 Arsenal interim boss Freddie Ljungberg: "It means so much for the players and I'm delighted for them. They've been playing under immense pressure. I could feel West Ham getting tired and our passing was getting crisper. We sliced through them and the result is amazing.

"Football throws a curve ball at you all the time and the players responded. West Ham got tired and the boys stepped up. They worked so hard and in the Premier League you have to. It's all down to the players - I'm just there to guide them a little bit." 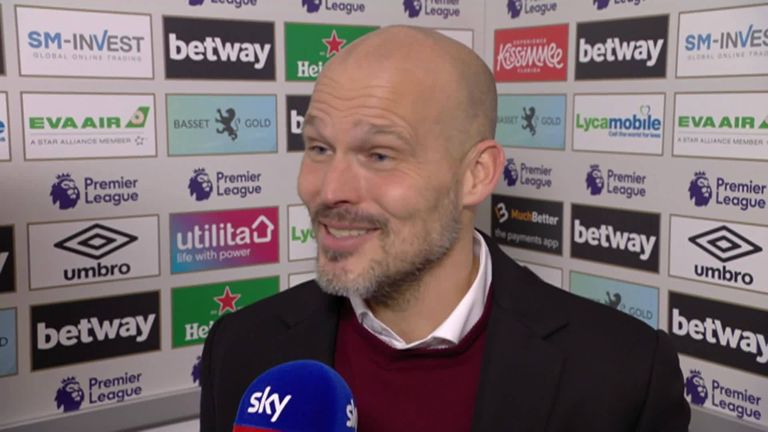 Freddie Ljungberg insists Nicolas Pepe will only get better

What the pundit said...

Rafa Benitez on Monday Night Football: "It's not that Arsenal were amazing in changing the pace of the game, it's that they were making mistakes initially, and then the quality of their players shone through. The players get more tired, leave more spaces, so you have more options, and those players with quality make the difference."

"Nicolas Pepe scored Arsenal's second goal. The hope is that he can kick on from there. Pierre-Emerick Aubameyang provided the assist for that one and scored the third himself. As for Mesut Ozil, he set up both of those goals with driving runs from deep.

"But for all the big names, the big signings and the even bigger salaries among this Arsenal team, it was the performance of teenager Gabriel Martinelli that stood out. He showed a lot of the qualities that have been missing during the club's dismal run of form."