Free match highlights and report as defeat at Molineux sees Sheffield United become the first club relegated from the Premier League this season; Willian Jose condemns Blades to 26th defeat as they become fourth side in Premier League history to go down at 32-game mark 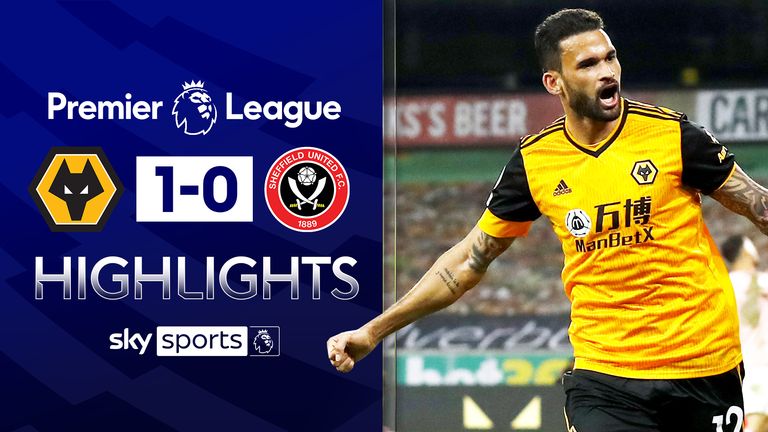 FREE TO WATCH: Highlights from Wolves' 1-0 win against Sheffield United in the Premier League

Sheffield United's inevitable relegation from the Premier League was confirmed as Wolves sealed their fate with a 1-0 victory at Molineux on Saturday.

Willian Jose's first Premier League goal at the 12th attempt condemned the Blades to a sixth successive league defeat which leaves them rooted to the foot of the table, 19 points from safety with just 18 points left to play for.

Sheffield United's two-season stay in the top flight ended with a performance packed full of heart, but crucially lacking end product, as an arduous campaign saw the Blades become the fourth team in Premier League history to be sent down to the Championship at the 32-game mark.

For Wolves, Willian Jose breaking his duck for the club and back-to-back league victories for the first time since February offered hope for improvement in the future, as Nuno Espirito Santo's side moved to within four points of the top half.

Man of the Match: Willian Jose

With Newcastle's late victory over West Ham leaving Sheffield United a defeat away from relegation to the Championship, the Blades started the brighter of the two sides but the game lacked intensity throughout.

Wolves came closest to breaking the deadlock when Willian Jose chested down a clearance and Willy Boly audaciously tried to flick the ball in with his back to goal, but a combination of Oliver Norwood and the crossbar denied the hosts.

Daniel Podence volleyed a speculative effort wildly over the target as the game meandering towards the interval, though there was a late flashpoint before half-time when Rayan Ait-Nouri was fortunate not to be shown red for going over the ball and connecting with Rhian Brewster's ankle.

Sheffield United had a measure on control as the second period started at a similarly lethargic pass to which the first had ended, but seconds after Enda Stevens' drive was blocked in the goalmouth by Nelson Semedo, Wolves hit the Blades on the counter to seal their fate.

Kean Bryan's decision to step out of the defensive line left John Egan exposed one on one against Adama Traore, and the Wolves winger's burst of pace and driven cross found Willian Jose unmarked six yards out to prod his first goal for the club into the roof of the net.

The Blades didn't go down without a fight, with Stevens' rasping drive drawing a stunning fingertip save from Rui Patricio in the Wolves goal.

Wolves could have put Sheffield United out of their misery earlier had Romain Saiss, substitute Fabio Silva and Traore been able to find a way past Aaron Ramsdale with late chances, but it was left to the referee's final whistle to bring the curtain down on the Blades' stay in the top flight.

What next for Sheffield United?

"It's been a long time coming but we've really enjoyed the journey. The supporters haven't seen it this year, which certainly hasn't helped, but we have to remember the journey that they've come on,

"From League One under Chris Wilder, some great times. The players did fantastically well coming up into the Championship and then the Premier League. The club is in a much better position financially now; they can grow.

"It's been hanging over the players for some time. Now it's about how the board react, who the next manager will be and it's about the players; can they reproduce? Can they get a couple more in?

"They've got a good enough squad to go into the Championship, even though there will be one or two [leaving] for sure. But who's the manager going to be? They have to improve the training ground and recruit in a balanced way."

Blades back in the Championship - Match stats 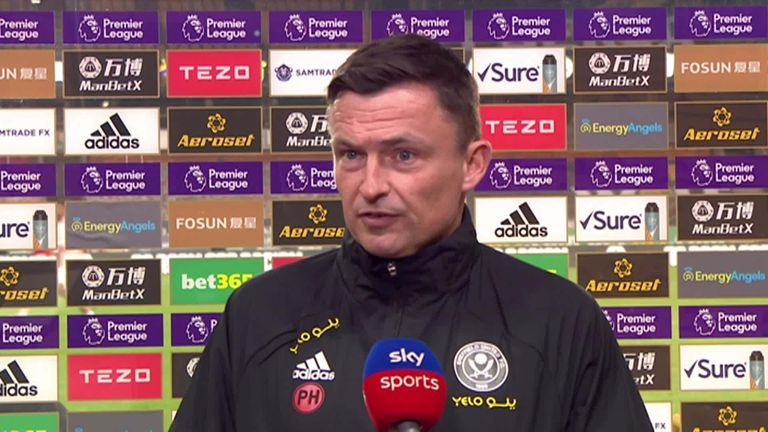 After defeat at Molineux confirmed relegation from the Premier League for Sheffield United, Paul Heckingbottom says the performance against Wolves summed up their season with not enough quality when it mattered

Sheffield United interim manager Paul Heckingbottom: "It's about results [not performances]. The only thing we could control was the performance, and we had to go out with our heads held high.

"Nobody could fault the players' effort; we've had decent performances and decent moments. We should have definitely got something out of this game, but I guess that typifies our season. This hasn't been through a lack of effort; we've got an honest group of players who gave everything tonight.

"There has to be a mentality to get straight back. You have to keep the group of players together, look to build and enjoy the challenges of what will be another tough season in the Championship.

"Sheffield United didn't get promoted through luck, they had to fight, dig deep, and gather momentum and put in some really strong performances to get out of that league." 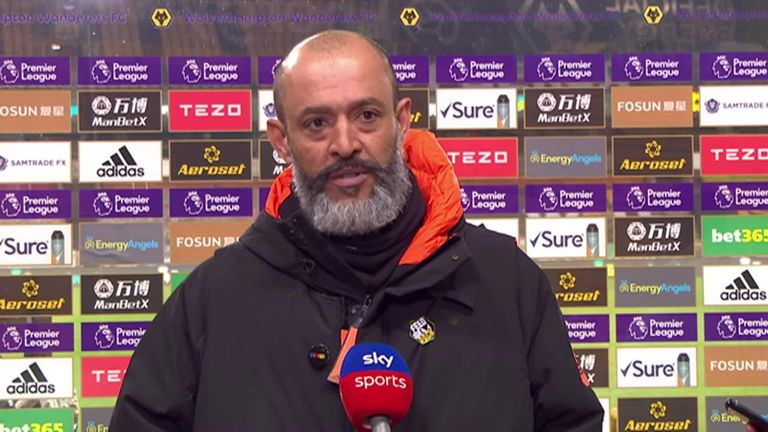 Wolves head coach Nuno Espirito Santo: "Finishing well can give us a good foundation for the future. We have a lot of aspects to our game, a lot of youngsters who can help and improve. We are going to need them.

"Willian Jose has been very important for us. I am very, very glad he found his goal. This can make him grow and keep helping us.

"The first time we faced Sheffield United we lost there. They are a very good team; I have a huge admiration and respect for their group of players. We faced them in the Championship, and we faced them in the Premier League. I am sure they will bounce back."