Barcham remains sidelined with calf trouble and will not be ready to return this weekend. Defender Tyler Garratt (knee) and midfielder Anthony Wordsworth (Achilles) will also miss out, as Wimbledon battle to end a run of five straight defeats.

Boss Neal Ardley can call on a full squad besides those three absentees, however, for Luton's trip to south west London.

Full-back Dan Potts will be a doubt for Luton as he continues to nurse a groin problem. The defender missed Tuesday's 4-1 home thumping of Accrington after picking up the injury in the 2-0 victory over Walsall.

James Justin is likely to continue should Potts miss out, as the Hatters seek a fifth win in six league games. Striker Danny Hylton will be looking to extend his fine form after bagging a hat-trick in the comfortable win over Stanley at Kenilworth Road. Highlights of the Sky Bet League One match between Bristol Rovers and AFC Wimbledon.

AFC Wimbledon have won three of their four previous meetings with Luton in the Football League, losing the other 2-0 in September 2015.

Luton have lost both of their visits to AFC Wimbledon in the EFL, conceding seven goals in the process.

AFC Wimbeldon are on a five-game losing run in the EFL - they last lost six consecutive league games in January 2012.

Danny Hylton has scored five goals in his last five starts for Luton in League One including a hat-trick against Accrington Stanley last time out. 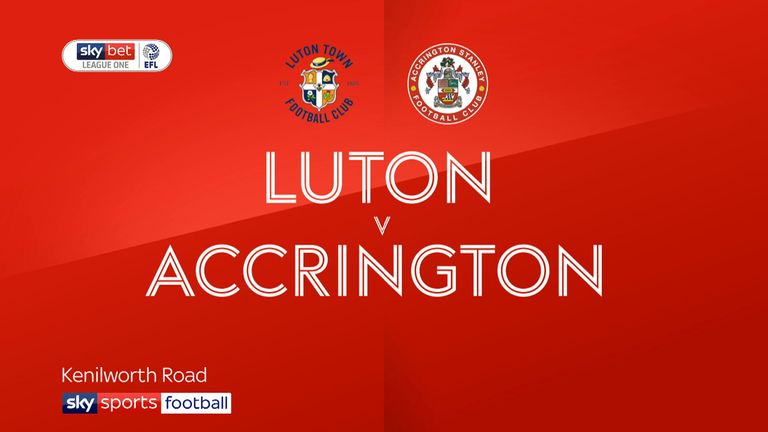 Highlights of the Sky Bet League One match between Luton and Accrington.

It's not looking good for AFC Wimbledon. They have scored fewer goals than any side in Sky Bet League One, have lost five on the spin and find themselves in the relegation zone.

Luton, meanwhile, find themselves in the play-offs after four wins in their last five games and could be set for another promotion push under Nathan Jones. You've got to go with the formbook here and tip a Hatters win.