Watch live on Sky Sports Football from 7pm on Wednesday; Kick-off is at 7.45pm

Birmingham will be without Jake Clarke-Salter and Dan Crowley when they face QPR in a Sky Bet Championship clash at St Andrew's on Wednesday night. On-loan Chelsea defender Clarke-Salter is out for three weeks with a shoulder injury sustained in the 3-2 win at Reading on Saturday, while midfielder Crowley picked up a hamstring injury in that game and is sidelined for two weeks.

Manager Pep Clotet at least has midfielders Fran Villalba and Gary Gardner available again. Villalba missed the game with the Royals with a slight hamstring strain, while Gardner has not played since mid-October due to a knee problem Clotet, though, remains without a number of other players, including Marc Roberts (ankle), Maikel Kieftenbeld (knee) and David Stockdale (hand).

With no fresh injury concerns, QPR boss Mark Warburton is likely to name an unchanged starting line-up. Rangers ended a seven-match winless streak with a 2-0 victory at home to Preston on Saturday, in which 21-year-old Eberechi Eze scored a brace to take his tally to nine for the season.

Yoann Barbet has a chance of being involved as he closes in on a return after a seven-week absence with a hamstring problem. Goalkeeper Liam Kelly remains sidelined with a torn thigh muscle, while midfielder Charlie Owens is out with a knee injury.

Birmingham's 3-2 win over Reading was their first since October 26, taking their unbeaten run to four after previous draws with Millwall, Sheffield Wednesday and Huddersfield.

QPR's 2-0 win over ailing Preston last time out also brought their lengthy winless streak to a conclusion, coming after a 1-1 draw at Derby and a 4-0 defeat against Nottingham Forest. 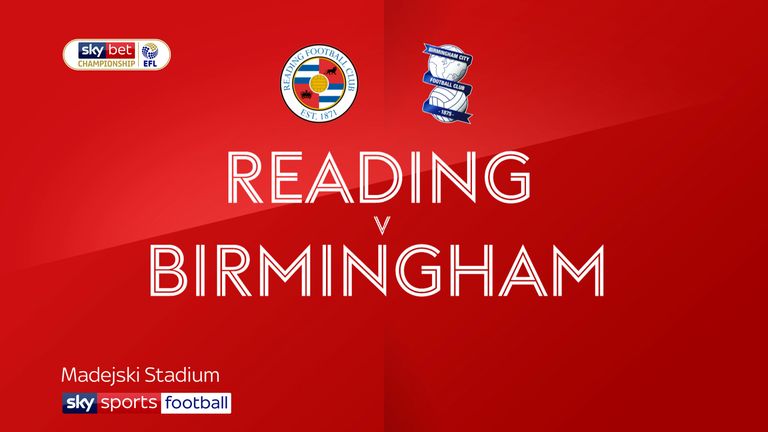 Highlights of the Sky Bet Championship match between Reading and Birmingham. 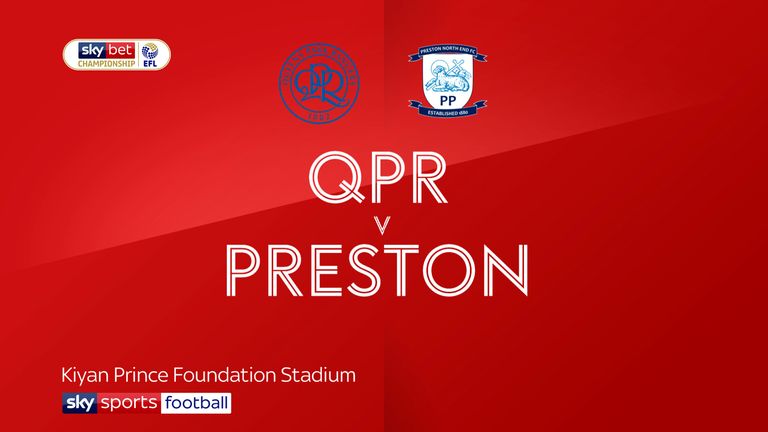 Highlights of the Sky Bet Championship match between QPR and Preston.

It's no exaggeration to say that QPR were tipped as relegation candidates in the early part of the season, but after five wins in their first eight games, those worries were extinguished after a masterclass from Mark Warburton.

It proved to be temporary, with their defence leaking goals on a weekly basis and a winless run that spanned later October and the entire month of November. Beating Preston 2-0 at the weekend brought that miserable streak to an unexpected end, but if Rangers slip back into their old ways, it could prove to be just a one off.

Birmingham City are looking to win consecutive league matches against QPR for the first time since October 2008 (a run of three).

Birmingham have kept just one clean sheet in their last 13 league games, a 1-0 win against Blackburn in October.

QPR's win over Preston at the weekend ended a run of seven Championship games without a victory (D3 L4). Indeed, the R's finally recorded their first league clean sheet of the campaign.

QPR's Ilias Chair has had more shots on target without scoring than any other Championship player this season (11).

After a long spell as caretaker boss, Pep Clotet was finally appointed by Birmingham on a permanent basis last week and he marked the occasion with a thrilling 3-2 win away at Reading. They'd drawn far too many games leading up to that and he'll be hoping it's something for them to build on.

QPR also got that win they were so desperate for against Preston at the weekend, which also gave them their first clean sheet after a leaky first 19 games. The clubs are in similar positions but I think Birmingham will edge this.