Match report and highlights as Matheus Pereira scores twice in the first half to help West Brom win 5-2 at Chelsea; the Blues have Thiago Silva sent off before half-time; substitute Callum Robinson grabs a second-half double; Chelsea stay fourth, while the Baggies remain 19th 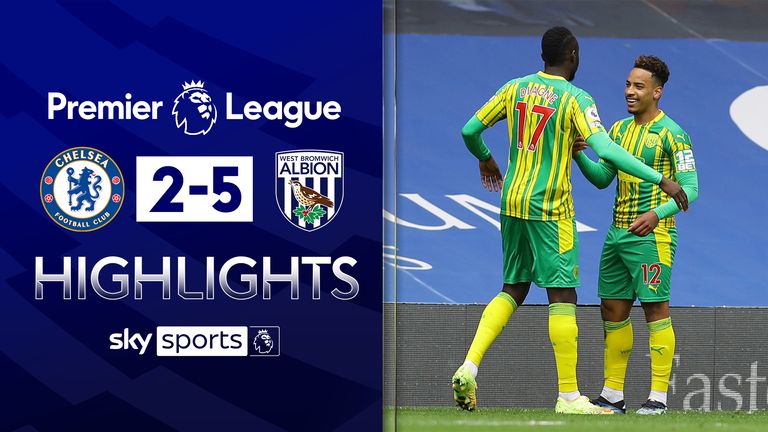 FREE TO WATCH: Highlights from West Brom’s win at Chelsea in the Premier League.

The home side, looking to consolidate their top-four position in the table, went ahead after 27 minutes thanks to Christian Pulisic's close-range finish after Marcos Alonso's free kick had hit the post.

However, the match was turned on its head by Thiago Silva's red card (29) after Chelsea's returning Brazil centre back picked up two bookings in the opening half an hour, with the visitors taking full advantage.

When substitute Robinson volleyed home a third goal after a wonderful move in the 63rd minute, Sam Allardyce's men were in dreamland.

That was not the end of the scoring as Mbaye Diagne (68) added a fourth for the Baggies and while substitute Mason Mount (71) immediately replied for Chelsea, Robinson was on hand to add the icing on the cake for West Brom with a late fifth (90+1).

As a result, Thomas Tuchel's side stay fourth in the table, despite the German's 14-match unbeaten start to his Chelsea reign coming to an end, while the Baggies also remain in 19th position, but now just seven points from Newcastle and safety.

Man of the match: Matheus Pereira

West Brom arrived in the capital knowing nothing less than victories would now do if they were to have any hope of staying in the top flight, but facing a Chelsea team who had still to concede at home under their new boss.

The visitors' challenge became even harder when they fell behind just before the half-hour mark after Alonso's curling free kick beat Sam Johnstone, but not the post, only for the alert Pulisic to tap home the rebound.

However, if the hosts thought they were in for a comfortable afternoon's work in west London, they were mistaken as Silva, back in the line-up after injury and booked early on, picked up a second caution to receive his marching orders two minutes later after the hosts lost possession in a bad area.

West Brom made their hosts pay, turning the match around as Pereira scored twice in first-half injury time, the equaliser coming from a long Johnstone clearance that somehow made it all the way through to the Brazilian forward, who then lobbed the advancing Edouard Mendy.

Incredibly, with Chelsea having previously not conceded at Stamford Bridge under Tuchel, they then let in a second in the space of just two minutes and 46 seconds as that man Pereira took advantage of Reece James' misplaced pass to find the bottom corner with a low shot.

Anyone who thought West Brom would look to defend their slender lead, however, were mistaken as instead, they attacked Chelsea, with Robinson ending a flowing move with a sensational volleyed finish for a goal of the season contender on 63 minutes.

Thiago Silva made his first Chelsea start since February 4 , with the Brazil defender having finally shaken off a nagging thigh problem for his first appearance since the 1-0 win at Tottenham as the hosts made eight changes. Hakim Ziyech and Christian Pulisic joined Timo Werner in attack, with Tammy Abraham passed fit after ankle trouble on Friday, but not included in the squad.

Semi Ajayi replaced Conor Gallagher in West Brom's line-up, with the Chelsea loanee unable to feature against his parent club.

Five minutes later the visitors added a deserved fourth after another eye-catching break involving Pereira, Robinson and Conor Townsend, whose lovely backheel - with the help of the former once again - set up Diagne for a composed finish.

Chelsea were given brief hope of an unlikely comeback when Timo Werner unselfishly laid a goal on a plate for Mount, but it was the Baggies who had the last laugh when man-of-the-match Pereira slipped Robinson through on goal, with the sub doing the rest with a dinked finish for the fourth Premier League goal of his career - all against Chelsea.

📉 Chelsea have conceded 4 goals in a PL game at Stamford Bridge for first time since a 5-3 defeat against Arsenal in October 2011 pic.twitter.com/97b16WJHyQ

Chelsea boss Thomas Tuchel: ""We cannot lose our heads now and take away the trust we have in these players.

"It was the moment after the game to be honest, be calm and to tell everybody to breathe. This will be a hard evening for everybody.

"We had completely different plans how to start this match day so we have to accept it now, it's our first loss together.

"It's important to find a way to deal with it together.

"So there were some quick words to calm everybody down and delay the talks until tomorrow because it would be too emotional now and too much frustration, so that would not be productive enough.

"This is my responsibility. I trusted this line-up and I still think the line-up was strong enough now in this game.

"We were rusty, we were sloppy in the build-up in our own half and made many, many unforced errors.

"We didn't adapt our positions under pressure.

"We gave away easy ball losses that led in the end to a red card and that cost us the game.

"There were two games, a game 11 against 11 and the game where we were a man down afterwards." 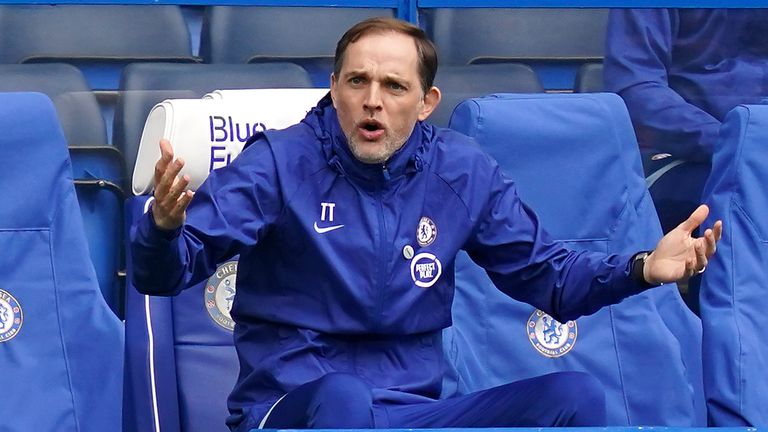 Thomas Tuchel says his side were not overconfident, but thought their play looked 'rusty', as Chelsea suffered a shock 5-2 defeat to West Brom at Stamford Bridge.

West Brom boss Sam Allardyce: "It just gives us hope, I think that perhaps on the quality of the performance and the way we demolished Chelsea, perhaps it gives us a little bit more than hope.

"It gives us hope that maybe we can reach this performance again starting a week on Monday against Southampton.

"It keeps us going, it keeps us alive. We can't complain about the quality of this performance, the outstanding performance of all the players.

"They demolished Chelsea with an undefeated team since the new manager arrived.

"People cannot say that Chelsea were under par, and not that they went down to 10 men, they must say, and you must say, it was because of the quality of our performance.

"They were off form because we were so good." 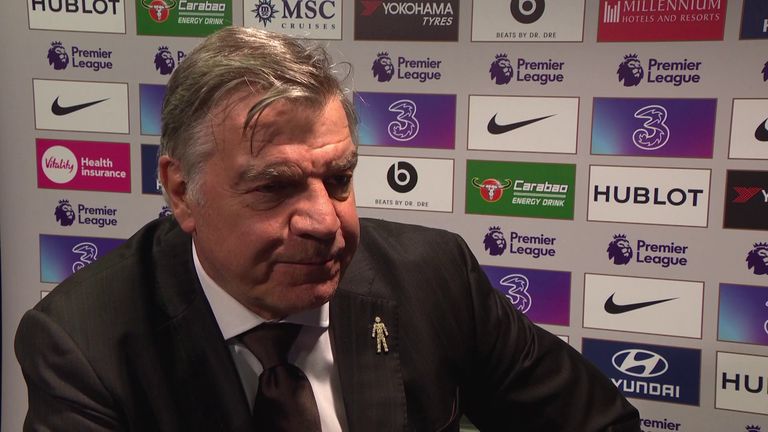 West Brom manager Sam Allardyce says his side 'demolished' Chelsea, and their 5-2 victory at Stamford Bridge will give them hope for the rest of the season.

Man of the Match - Matheus Pereira

Where would the Baggies be without their inspirational Brazilian, who once again was his side's star man at Stamford Bridge, running the show from start to finish.

The forward is his team's top scorer this season, with two more to his tally in west London helping to transform this contest.

Pereira's first was a delicious lob, while his crucial second that put the visitors ahead just before half-time was the result of great composure and a neat finish.

It was the 24-year-old's vision on the counter after the interval that helped seal West Brom's stunning win and they will need more similar displays from him between now and the end of the season if they are to stay up.

Chelsea take on Porto in Seville in the first leg of their Champions League quarter-final on Wednesday night (8pm), before facing Crystal Palace a Selhurst Park next Saturday at 5.30pm in a game you can see live on Sky Sports Premier League.

Meanwhile, West Brom host Southampton at the Hawthorns on Monday April 12, with that match also live on Sky Sports Premier League, kicking off at 6pm.