Report and highlights from the Sky Bet Championship clash between Derby County and Nottingham Forest at Pride Park as Tom Lawrence scored early for the Rams, but Brennan Johnson earned a much-needed point for Chris Hughton and his side. 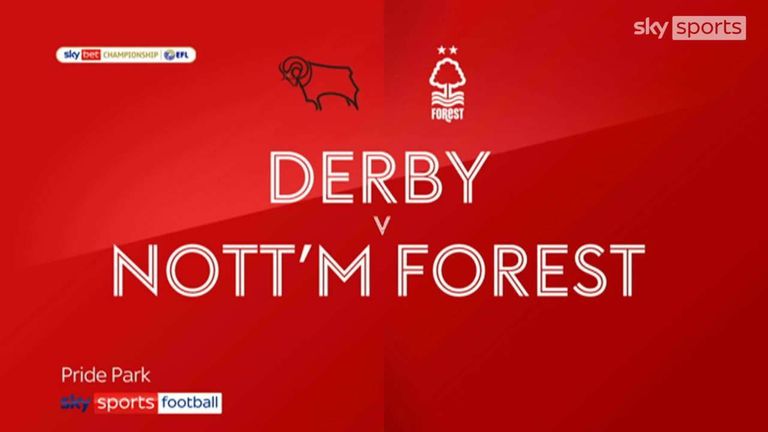 Highlights of the Sky Bet Championship match between Derby and Nottingham Forest.

Nottingham Forest earned Chris Hughton some respite and a first point of the season after fighting back to earn a late 1-1 draw at Derby.

Tom Lawrence's fine early goal seemed to have the Rams on course to victory in the East Midlands clash, but Forest hit back in the 82nd minute through Brennan Johnson - extending their unbeaten run against their rivals to nine games.

It was not enough to lift Forest out of the relegation zone, but it was a much-needed point for the beleaguered figure of Hughton, especially ahead of the international break.

Derby now haven't beaten Forest since October 2017. And it will feel like an opportunity missed for Wayne Rooney and Co to pick up a precious win.

Forest started brightly at Pride Park as they genuinely tried to have a go at Derby, but it was their adventurousness that cost them after 11 minutes as they got caught by a swift counter, with Craig Forsyth releasing captain Lawrence in behind with a lovely ball over the top, and the skipper finishing brilliantly inside the near post of Brice Samba.

The goal may not have happened at all, though. Forsyth, the creator, could easily have been sent off six minutes earlier after a rash elbow on Philip Zinckernagel. But it wasn't spotted by any of the officials.

Derby missed a glorious opportunity to seal the win on 74 minutes as Louie Sibley's run and cross found substitute Jack Stretton six yards from goal. But somehow, via a touch off Scott McKenna, he steered his attempt wide.

And they would pay for that miss eight minutes later as Forest found an unlikely equaliser. Gaeten Bong, who was in part responsible for Derby's opener, made up for it with a cross for Johnson on the far side of the area, who drove home low and hard under the squirming dive of Kelle Roos. 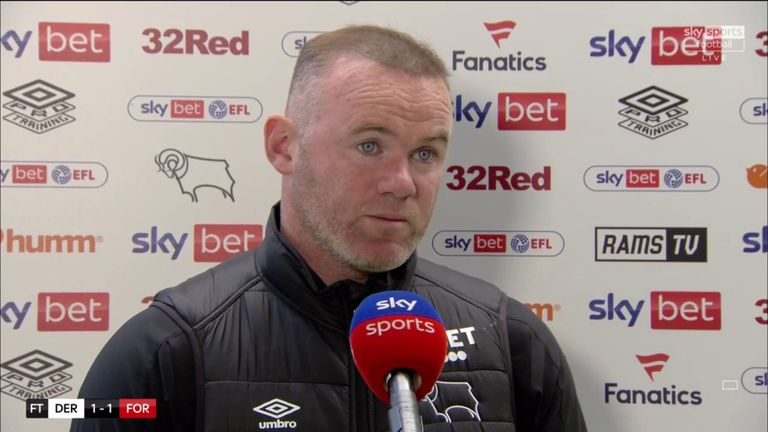 Wayne Rooney was disappointed that his side weren't able to hold on for the win against Nottingham Forest, despite admitting the draw was a fair result.

Derby's Wayne Rooney: "Our performance was good first half but not so good second half so I think a point is a fair result.

"Forest were better than us second half, for whatever reason we didn't play our game and didn't do the simple things well. It allowed Forest to get momentum and I think they deserved the equaliser if I'm being honest." 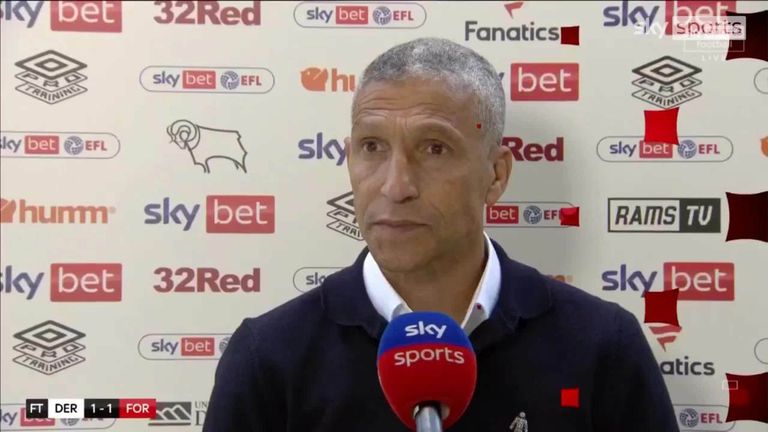 Nottingham Forest manager Chris Hughton thought a draw was a fair result after his side fought resiliently against Wayne Ronney's Derby in the Championship.

Nottingham Forest's Chris Hughton: "When you go one down and for how we've been, when they scored their goal you think 'ain't gonna be our day again'. It's always nicer if you are the team that has come back, but I thought we deserved it.

"It was a very good atmosphere, overall I thought it was a correct result and one we can build on. We put out an offensive team from the start. But when you are behind you have to make the changes that can force the issue. Then of course it can go either way. You can be too open and concede or you can get back in the game and that is what we managed to do."

Man of the Match - Tom Lawrence 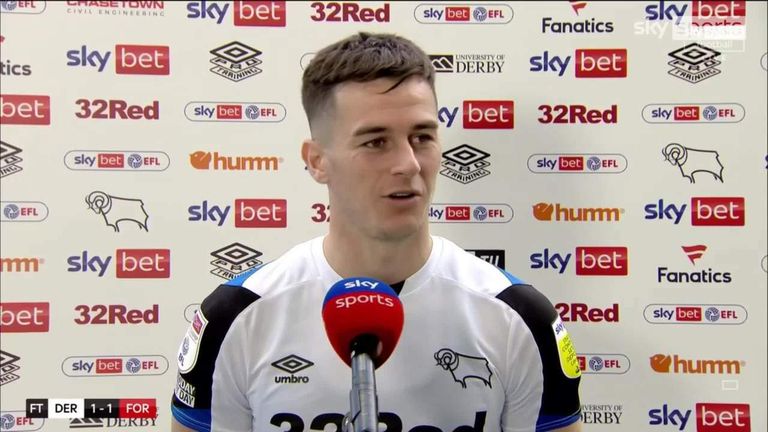 Tom Lawrence speaks after Derby's draw to local rivals Nottingham Forest and says he is disappointed his side didn't get the 3 points today.

A brilliant goal that would have been worthy of winning any derby, had his side managed to hold on after he went off. If he didn't have to depart with injury, there's every chance he would have been in position to turn in Jack Stretton's chance that would have likely sealed the win for the Rams. If Derby are to avoid potential trouble this season, they'll need more of this from Lawrence.

Derby are back in action on Friday, September 10. They travel to Birmingham live on Sky Sports Football for an 8pm kick-off at St Andrew's. Nottingham Forest host Cardiff two days later on the Sunday, in a 2.30pm kick-off.