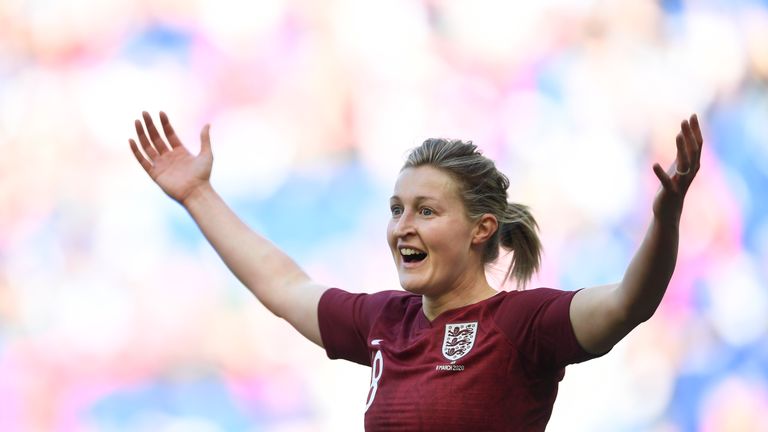 White's goal relieved the pressure on Lionesses boss Phil Neville - whose side had lost six of their previous nine games - to settle an otherwise lacklustre encounter in New Jersey.

A much-changed England, which included just five starters from the USA defeat on Friday, had enjoyed the better of the chances with Japan's error-ridden defence causing themselves as many problems as the Lionesses, and Sakiko Ikeda twice saved well from two Beth England one-on-ones before the break.

Japan had chances of their own with Mina Tanaka pulling a number of smart stops out of young England goalkeeper Ellie Roebuck, 20, but struggled after half-time and are still without a point from two games in this year's cup.

Woman of the match: Ellen White

England, meanwhile, will now go into their final game of the tournament with Spain on Wednesday knowing victory could be enough to retain the trophy for another year.

How England finally bounced back

Having performed so poorly against USA on Friday morning, England's line-up was heavily shuffled by Neville, who openly stated he would start a number of young players in their second game of the SheBelieves Cup.

They immediately looked more solid with a midfield five in behind striker England, but Roebuck was the first goalkeeper called into action 10 minutes in when Hina Sugita's decent 20-yard effort needed turning round the post. 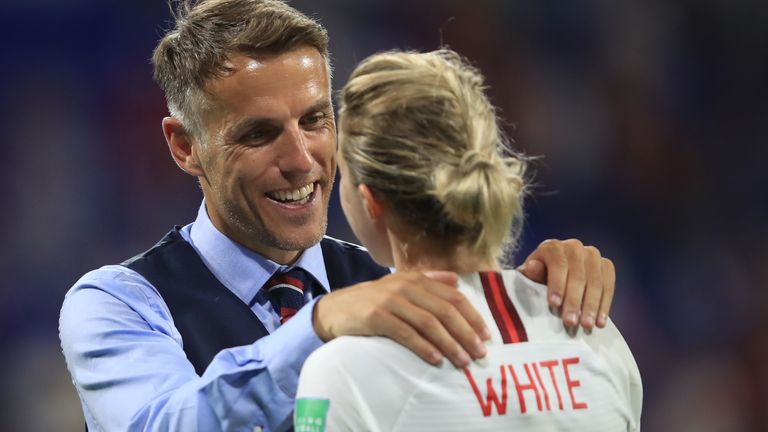 Moments later, England should have been ahead, when Asato Miyagawa's blind pass was intercepted by Chloe Kelly, who threaded the ball through to England. With only Ikeda to beat, she fired straight at the goalkeeper when either side would have almost certainly brought the opener.

Just after the half hour she had a chance to redeem herself when played through by Jordan Nobbs, but pulled a smart save out of the goalkeeper this time.

Japan forward Mina Tanaka forced Roebuck into another stop before the break before a disjointed half drew to a close.

After the break, England failed to rediscover the limited rhythm they had produced before half-time, failing to test Ikeda and looking laborious in their build-up.

The closest either side came before White's late winner came through England, who raced onto a ball from Nobbs and with Ikeda off her line, looked to nutmeg the Japanese goalkeeper, who recovered well.

White had started the opening game before being dropped against Japan, and perhaps had a plan to prove when she was brought on with 22 minutes to go, and duly found the back of the net after another defensive mistake.

Emi Nakajima's poor touch gifted possession to fellow substitute Toni Duggan, whose perfect chip into the box found White's run, and a deft finish into the far corner was followed by the traditional celebration from England's long-time forward.

There was little time for a response from Japan and little materialised, as England rode out an uncomfortable game with a more than welcome three points.

Catch coverage of England's final SheBelieves game against Spain on Wednesday with our live blog on skysports.com; Kick-off is at 9.15pm.