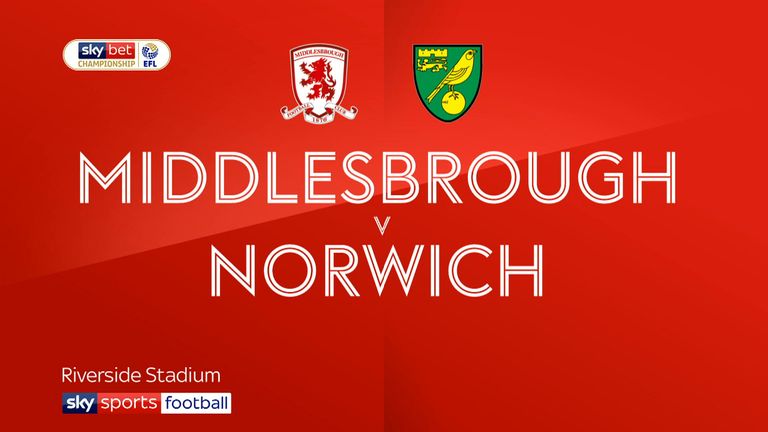 Highlights of the Sky Bet Championship match between Middlesbrough and Norwich.

Norwich opened up a five-point lead at the top of the Championship as Onel Hernandez's strike earned them a 1-0 win over play-off chasing Middlesbrough.

Having been on the back foot in the opening stages, the Canaries grew into the game but were largely kept at bay by a series of inspiring saves from Boro goalkeeper Darren Randolph.

They edged themselves in front after 54 minutes when the determined Hernandez struck a shot into the bottom left corner, and against the backdrop of a frustrated home crowd, it proved to be the winner.

Man of the match: Onel Hernandez

Daniel Farke's side also sit seven points clear of third-placed Sheffield United, while Tony Pulis' Boro team are on a run of four successive league defeats as their play-off chances remain in the balance.

Simply avoiding defeat at the Riverside Stadium - temporarily renamed the Captain James Cook Stadium after the Teesside explorer - would have been enough to lift Middlesbrough back into the top six and they exploded into life from the first whistle. 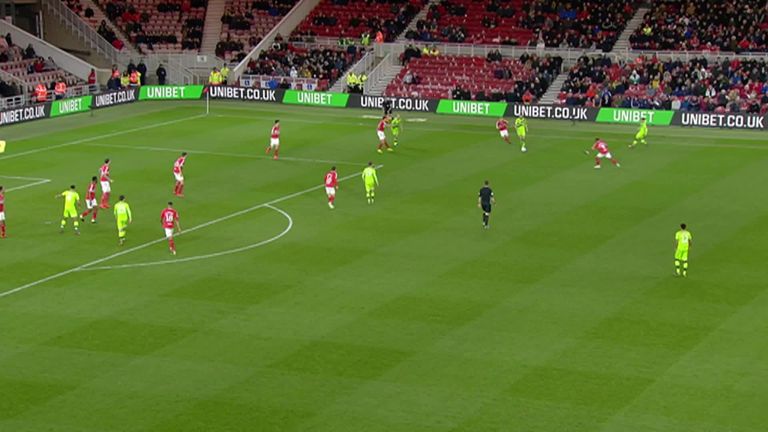 Wing-back George Friend tested Tim Krul with some hammered efforts, while intuitive hold-up play from Britt Assombalonga presented both Ashley Fletcher and Jonny Howson with the chance to try their luck from inside the 18-yard box.

Having already kept 16 clean sheets this season, Randolph displayed his credentials as one of the division's leading goalkeepers with two brilliant saves to deny Teemu Pukki; one an impressive reflex stop, the other a strong arm to limit the Finnish striker's space inside the six-yard box.

Tony Pulis made three changes to the side that lost 3-0 to Aston Villa prior to the international break, with George Saville, Lewis Wing and Jordan Hugill being replaced by Adam Clayton, Ashley Fletcher and Britt Assombalonga.

Nine minutes after the restart, Ryan Shotton's miscued header caused panic in the 18-yard box and, via an unfortunate deflection off the heel of Fletcher, Hernandez picked up the ball and fired out of the reach of Randolph.

The manner of Norwich's game management is a sure sign of potential champions and, although both John Obi Mikel and Stewart Downing set hearts racing with close-range efforts for the hosts, resolute defending from Christoph Zimmermann and Ben Godfrey made sure of the victory.

Man of the match - Onel Hernandez

The value of Hernandez's goal cannot be understated this evening. Of course, the lack of a meaningful clearance from Middlesbrough was a big factor, but the determination and guile displayed by the Cuban epitomised Norwich's brilliant, yet unexpected performance in the division this year.

Tony Pulis: "The first goal was always going to be important…it's a poor goal for us to give away and we have had good opportunities. It's a repossession in our half of the pitch and we should do better.

"There are eight games to go and we're in a great position to give it our best shot and that's what we've got to do. But we've got to start scoring goals when we start getting the chances and the opportunities."

Daniel Farke: "It was the topic for us to win this game today because we know it's a tough place to go and Tony Pulis sides are always very structured; it's hard to beat them, especially in this situation. 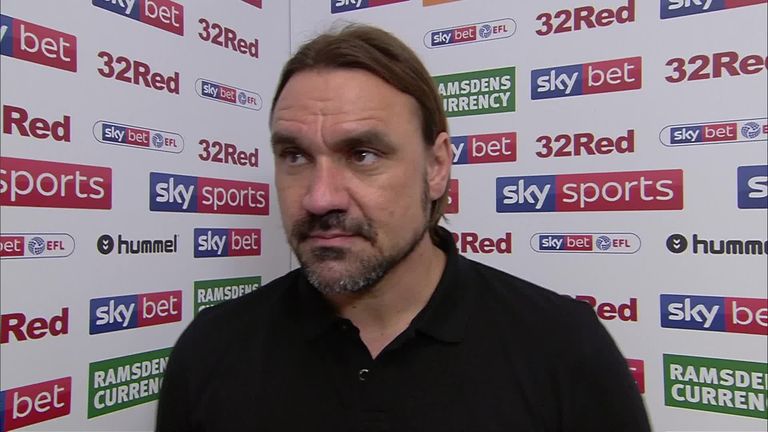 "I was a bit concerned after we missed a few chances in the first half and also after we scored the first goal - that's perhaps not enough because it's so difficult to defend against them. But with a big commitment we were able to win this game and we are all pleased."

Middlesbrough host Bristol City at the Riverside Stadium on Tuesday evening, while Norwich are back in action next Saturday, when they face QPR at Carrow Road, in a game live on Sky Sports Football.