Match report and highlights as Hibernian stage comeback to beat Motherwell at Fir Park; Kevin van Veen and Bevis Mugabi both put the hosts in front after Kyle Magennis levelled; Christian Doidge made it 2-2 before Martin Boyle struck winning penalty 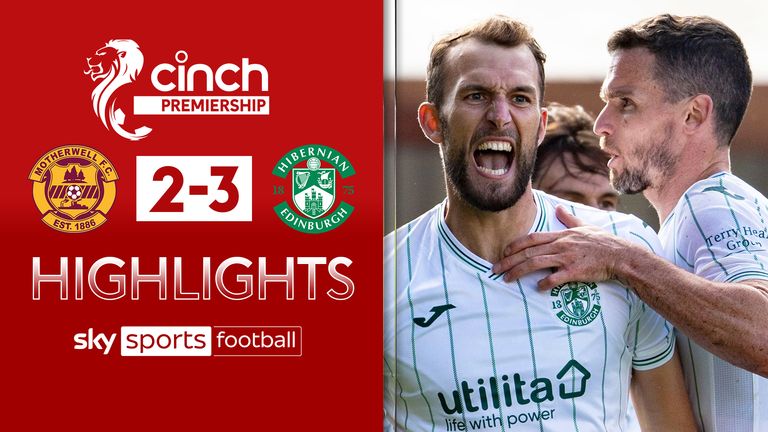 Hibernian had to dig deep as they twice came from behind to secure a 3-2 win over Motherwell in a pulsating Scottish Premiership encounter at Fir Park.

Kevin van Veen scored on his Scottish Premiership debut to give the hosts the lead (12) from Jake Carroll's delivery.

Hibernian fought back five minutes later through Kyle Magennis' instinctive finish but Bevis Mugabi headed Motherwell back in front (29) from another Carroll cross.

Jack Ross' side showed why they finished third last season as they turned the game on its head in the second period as substitute Christian Doidge levelled within a matter of minutes of coming on (56).

Stephen O'Donnell was then penalised for handling inside the box as Martin Boyle swept home the winning penalty as Hibernian got off to a flying start.

Boyle told Sky Sports: "It's fantastic to win as we showed great character coming here having gone behind to two headers. I thought we thoroughly deserved it."

His penalty would prove decisive as Hibernian simply refused to budge, backed by 2,000 of their fans. It is a sore one for Motherwell to take given they led twice but there were encouraging signs here for their season to come.

Graham Alexander steered the Steelmen to Scottish Premiership safety last year and his first selection of the new campaign was flooded with new faces as well as old in goalkeeper Liam Kelly, who made his loan deal permanent from QPR during the summer.

If anyone needed evidence of the difference supporters make, this game provided it - the game was influenced just as much by the 5,240 fans who were spaced out inside Fir Park, including 1,810 Hibs supporters.

It seemed to be more competitive, edgy and exciting than anything that happened in empty grounds in the cinch Premiership last season.

Referee David Munro struggled to keep control at times, booking eight players and it could have been more, with Hibs midfielder Joe Newell in particular getting away with more than his fair share of fouls.

Driven on by the atmosphere they missed last season, players squared up to each other, grappled after corners were cleared and harangued the referee.

Both sets of fans did not have long to wait to celebrate a goal. Van Veen headed home a brilliant whipped cross by Jake Carroll in the 12th minute and Hibs were level five minutes later.

Kevin Nisbet sent Paul McGinn racing down the right with no Motherwell player tracking and his low cross went through a crowd of bodies before Magennis stabbed home from six yards.

The visitors remained on top. Paul Hanlon headed just over from a corner and Jamie Murphy burst clean through but over-hit his lob with goalkeeper Liam Kelly stranded.

Motherwell regained the lead in the 29th minute from another Carroll delivery as the left-back curled a free-kick to the back post for Mugabi to head home.

Hibs had a strong penalty claim denied when Carroll bundled Magennis over after the midfielder had got in behind and was preparing to shoot.

Motherwell survived a couple of scares just after the break when Carroll nicked the ball off Boyle's toes and Kelly tipped over Murphy's strike.

The pressure paid off in the 56th minute when Doidge, just on for Alex Gogic, slid in to convert after Nisbet's measured shot had come off the inside of a post.

Hibs looked set to kick on but the hosts hit back. New Motherwell captain O'Donnell hit the side-netting and Van Veen slipped Kaiyne Woolery through only for the forward to hit Hibs goalkeeper Matt Macey's legs with his effort.

It was the visiting fans who were soon cheering, though, after Nisbet's shot hit the hand of O'Donnell.

Munro pointed to the spot this time before booking O'Donnell and then Kelly for refusing to retreat back to his line as he attempted to psyche out Boyle. The mind games did not work as the Hibs winger slammed the ball into the corner just out of the goalkeeper's reach.

Motherwell pushed for an equaliser late on but Barry Maguire shot over from 20 yards from their best opening.

It's not often the man of the match is on the losing side but Kevin van Veen enjoyed an excellent league debut for Motherwell besides his well-taken goal.

In the second half, he strengthened his emerging status as a favourite of the returning Well fans by leaving McGinn and Ryan Porteous tangled together on the ground after two sublime touches.

"It's very frustrating as we scored two very good goals but it's disappointing to concede three at home. If we defended well as a team it would've been different but as it's the first game of the season we have to take the positives from it and not look too much at the negatives.

"I'm happy with my performance but there's more to come. I'm a perfectionist so I always want to do better."

Motherwell boss Alexander added: "I thought he was unplayable today." 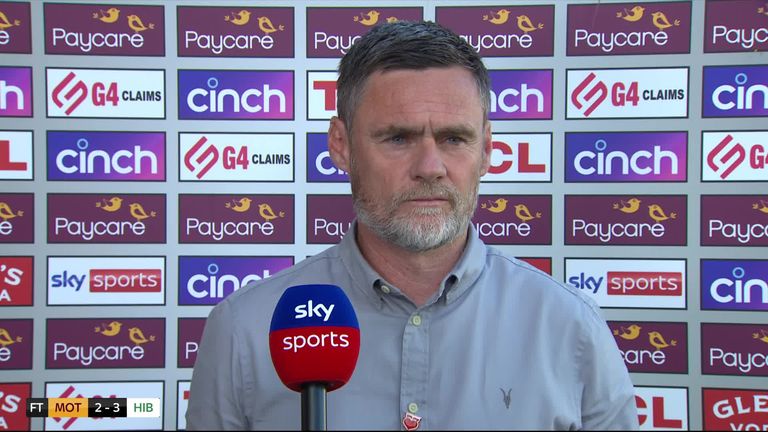 Motherwell manager Graham Alexander says his side ‘punched above their weight’ and deserved at least a point in their entertaining 3-2 home defeat to Hibernian.

Motherwell boss Graham Alexander: "It's frustrating as I thought we'd done enough to get something out of the game. The players were excellent against a top opponent and we more than punched above our weight. But for a couple of bizarre things going on, we might have got something.

"There were some strange stoppages and free-kicks, yellows. We had to try and overcome that but we got frustrated. It was quite obvious what was going on but my players kept their focus and we managed to keep 11 players on the pitch.

"We had great chances to win the game and had a great chance at 2-2 to take the lead again. Unfortunately they then got the penalty a few minutes later. We want to go into this season throwing punches and scoring goals." 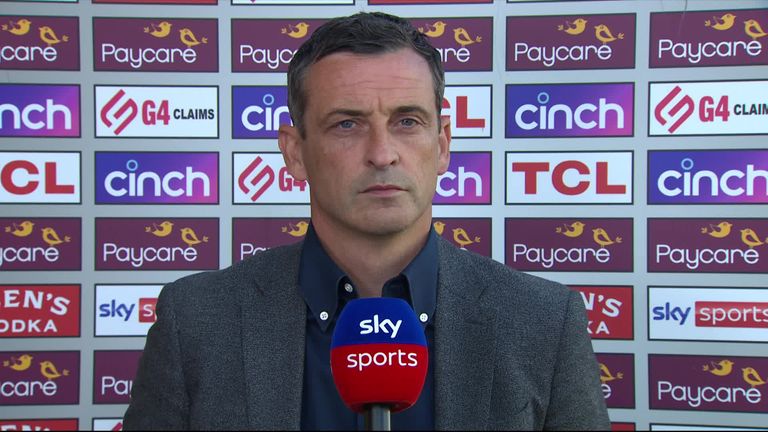 Hibernian head coach Jack Ross was pleased his side did not panic despite twice going behind at Motherwell, and said his players trusted the process to emerge with a 3-2 victory.

Hibernian boss Jack Ross: "It's a continuation of what that group showed last season. They finished where they did in the table and that's because they're a good side and have a good character about them.

"I thought we played well again today and my only criticism at half time was that we hadn't defended our box well enough on a couple of occasions.

"We'll look at that as the week goes on but the message at half time was to keep trusting in their ability as I thought they'd played well in the first half and they continued that in the second period.

"We've got better at not panicking and the players have got better at dealing with adversity. It's about trusting in the process. This wasn't an easy opening fixture against Motherwell - it was physically challenging but given we travelled back on Thursday, we were brilliant."

"I thought the contest was a real credit to the Scottish Premiership. We saw two sides who wanted to play attacking football, maybe a bit suspect at the back and both managers will be annoyed at the way they conceded the goals.

"But credit to Hibs - they showed last season they're capable of going on their travels and getting all three points. They've got a really attacking edge to their team with the front three of Boyle, Nisbet and Murphy supplemented by the excellent substitution of Doidge. I think they'll score a lot of goals on their travels."

"There wasn't a lot between the two teams. I thought Motherwell were excellent and put a lot into the game but Hibs showed their resilience that maybe wasn't there last season. Full credit to them in getting back and they managed the game brilliantly towards the end."

Motherwell visit St Johnstone next Sunday in the Scottish Premiership at 3pm while Hibernian host Ross County at the same time.