Kemar Roofe was shown a yellow card for a first-half tackle on St Johnstone's Murray Davidson; Rangers striker has been issued with a notice of complaint; watch Hamilton vs Rangers live on Sky Sports Football from 11am on Sunday, kick-off 12pm 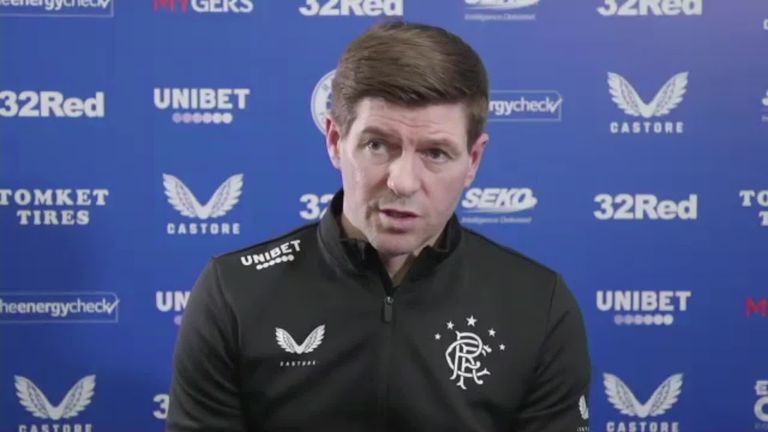 Kemar Roofe faces a two-match ban after being issued with a notice of complaint over a tackle he made during Rangers' 1-0 win over St Johnstone on Wednesday.

Roofe was shown a yellow card for a first-half tackle on Murray Davidson, but it has been suggested the Rangers striker was lucky to stay on the pitch.

The 28-year-old caught Davidson high up the leg and could have been sent off as Steven Gerrard's men went on to secure victory at Ibrox.

Roofe has been issued with a notice of complaint by an SFA compliance officer after a panel of three former referees deemed the tackle constituted "serious foul play" and breached Scottish FA disciplinary rule 200.

There will be a hearing on Tuesday if Rangers contest the notice of complaint.

Rangers boss Gerrard, who is already without Alfredo Morelos for Sunday's trip to Hamilton after he was charged with a stamp on Hibernian's Ryan Porteous last week, said: "I've just found out literally 10 minutes ago we've had a notice of complaint over Kemar Roofe. 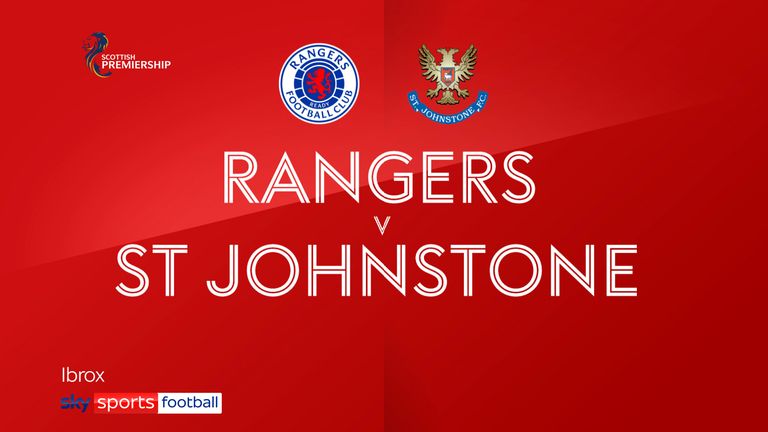 Highlights of the Scottish Premiership match between Rangers and St Johnstone

"I haven't had time to [decide if we will appeal] because the notice of complaint came through 10 minutes ago, which is quite frustrating as we've had two sessions to prepare for Hamilton and he has been heavily involved in both sessions.

"In terms of the decision and what we're going to do as a club we will deal with it in due course.

"In terms of the tackle, I haven't thought that much of it because the referee dealt with it.

"He was five yards away and he has obviously seen the incident and gave the yellow card.

Watch Hamilton vs Rangers live on Sky Sports Football from 11am on Sunday; kick-off 12pm.