Dermot Gallagher returns with the first Ref Watch of the new season and says Arsenal's Shkodran Mustafi should have been awarded a penalty against Manchester City.

There were plenty of other talking points from the opening weekend, including Manchester United's penalty after 75 seconds of the first game with Leicester on Friday Night Football.

Former Premier League referee Dermot Gallagher looks at this and much more in this week's edition of Ref Watch...

INCIDENT: As an Arsenal corner was delivered, Benjamin Mendy appeared to pull Shkodran Mustafi to the ground inside the area. The Arsenal defender appealed with referee Michael Oliver for a penalty, but nothing was given. 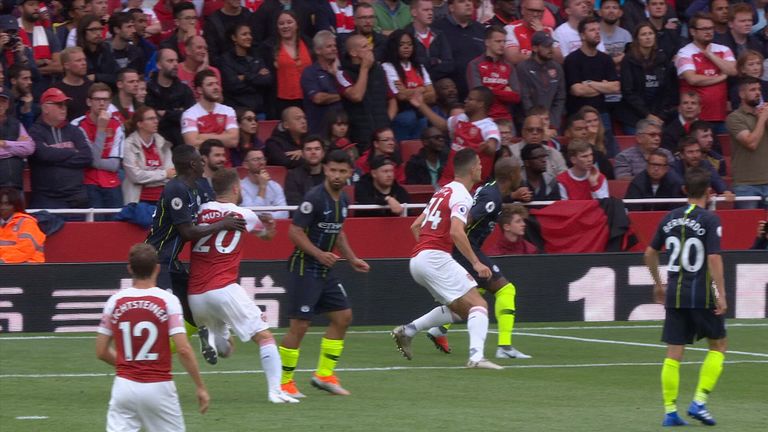 Should Arsenal have had a penalty?

DERMOT SAYS: I think if Michael (Oliver) sees the pictures we see, he would give a penalty because there are two issues for me. Mendy doesn't look at the ball, he isn't interested in the ball and he grabs hold of the player to haul him down. But as the ball came to (Granit) Xhaka in front, Michael only sees him out of the corner of his eye and he can't be sure whether it is a foul. It's easy for us but at that point, it's not so easy for the referee because he has so much to concentrate on.

I think this shows why there were so many penalties given at the World Cup because more was seen, more was picked up and more was relayed back to the referee to look at himself.

INCIDENT: Arsenal did score twice during the defeat, but both were ruled out for offside. Pierre-Emerick Aubameyang had the ball in the back of the net via the crossbar in the 79th minute before Mesut Ozil also swept home seven minutes later, but the flag was raised once more. 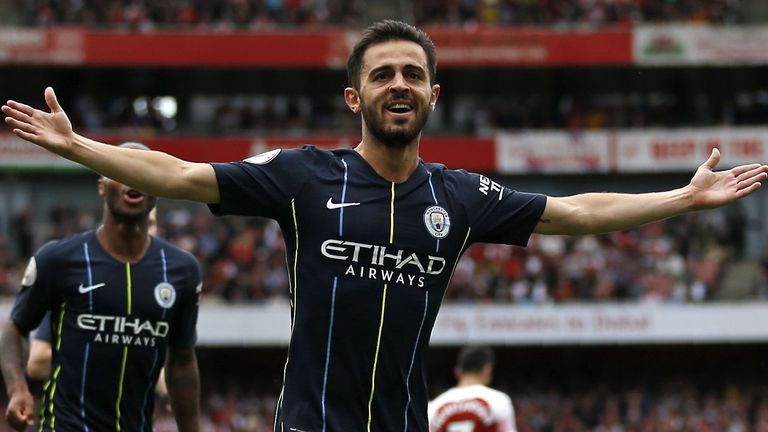 DERMOT SAYS: I think they are both right. The first one is an easy one to give. It's a good spot and Aubameyang just makes his move too early. That's actually an easier decision for an assistant because he's come from an onside position to an offside position, which is what you usually expect when you give an offside, but it's much more difficult to give it the other way as we saw in the Liverpool game [see below]. But the assistant is spot on with that offside.

I think the Ozil one is something everybody knows. While the assistant is absolutely correct, for me, it is not a disallowed goal because everyone gives up on it - the goalkeeper, the defenders - and the assistant is spot on.

INCIDENT: Just before half-time, Everton went down to 10 men as Phil Jagielka was shown a straight red card for a tackle on Diogo Jota, who was through on goal. However, replays did not show clearly whether he had got the ball first.

DERMOT SAYS: I thought it was a red card. This is what you teach young referees, that he has overrun the ball, he wants to get it back quickly and he's not nasty, I don't think he meant to hurt the player but because he lunges to get the ball back, he's caught him right across the far ankle with his studs and I think Craig (Pawson) is quite right to send him off for serious foul play. 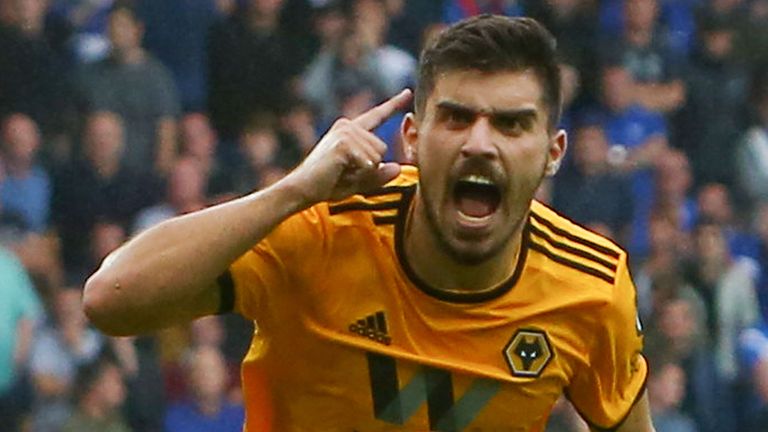 INCIDENT: Seventy-five seconds into the new Premier League season, and a block from Wes Morgan after Alexis Sanchez's shot saw the ball hit Daniel Amartey on the arm inside the area. Andre Marriner instantly pointed to the spot, despite protests from the Leicester midfielder.

DERMOT SAYS: I think a number of things - it is a penalty. Amartey panics a bit, but what I would say is Andre Marriner is opening the season and everyone is watching so he's setting the standard. His first decision is 75 seconds in and is it a penalty? It is but it isn't a yellow card. He was booked later in the game and people will say he should have been sent off but it's not a booking because it didn't affect Man Utd. 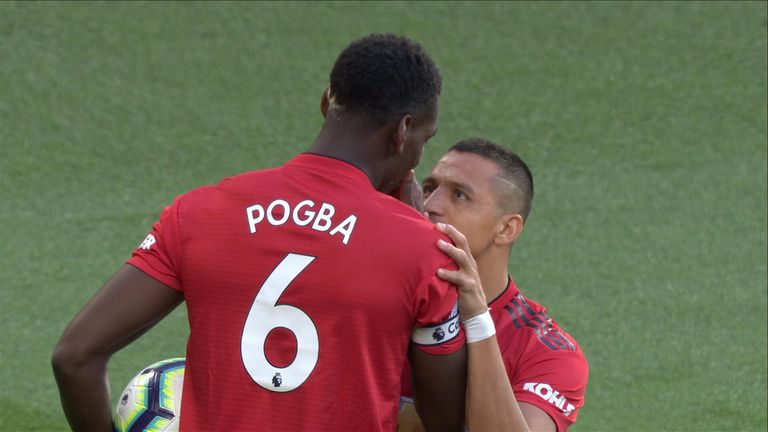 Also, in view of the handballs we saw in the World Cup, it is good to see the Premier League adopting the right policy on handballs, not the ball hitting the hand rather than the hand hitting the ball. You didn't need VAR here. If they had looked at it, they would have said to Marriner: 'well done, a good decision'.

INCIDENT: Sadio Mane scored the third goal for Liverpool early in the second half, hitting home low past goalkeeper Lukasz Fabianski, despite being offside in the build-up. The goal was not ruled out by the officials. 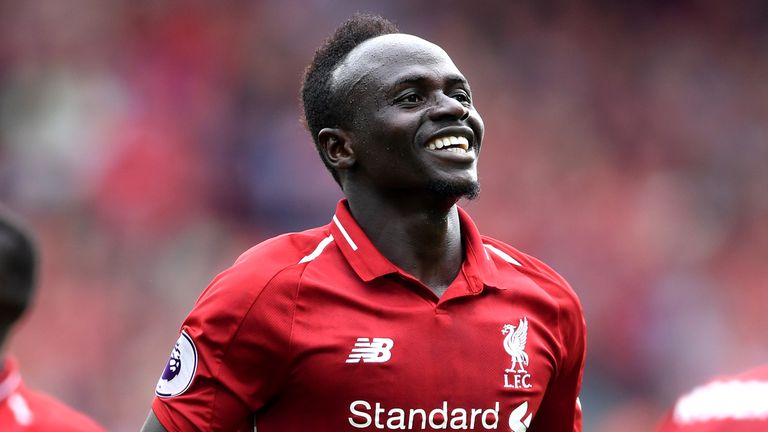 DERMOT SAYS: He is offside. He starts in an offside position, that's the clue, but because he comes back, it is more difficult for the assistant and he has lost focus of where Mane has come from. He's seen the end product rather than the starting product. He should be photosnapping in his mind where the start position was but unfortunately, he hasn't and when Mane gets the ball, he is level and that's what he has focused on. It should have been offside.

INCIDENT: In the eighth minute, Jan Vertonghen headed towards goal, with the ball hitting the underside of the crossbar before going over line although goalkeeper Martin Dubravka scoops it out just after. Martin Atkinson gives the goal after the use of goal-line technology, with the ball just 9mm over the line.

DERMOT'S VERDICT: Good use of technology. 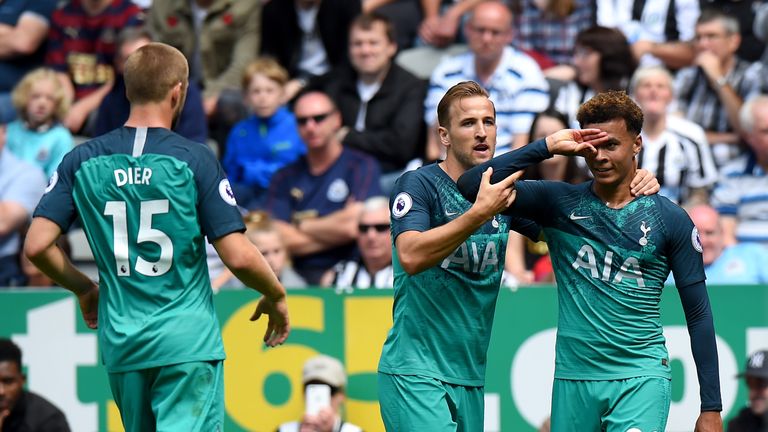 DERMOT SAYS: I think over the years, everyone has embraced goal-line technology and said how good it has been, but this, beyond doubt, proves how good it is. That ball is in the air and there is no way any referee or assistant can give that - it's impossible. It's 9mm over - a third of an inch - it's in the air and what would happen is one team would feel aggrieved if it's given, the other would feel elated and the team that feels aggrieved would be on the referee's back for the next 80 minutes because they would never believe them.

I remember Johnny Heitinga's at Fulham that I thought was close but that beats it. Martin Atkinson just pointed at his watch and everybody walked away. It was just settled. 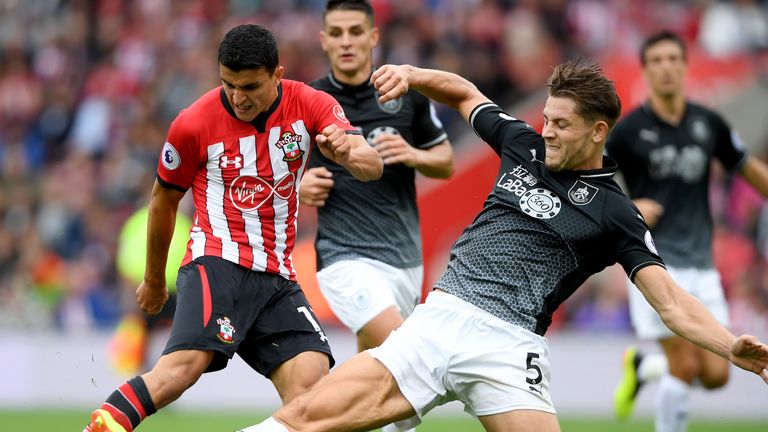 INCIDENT: Early in the game, Jack Cork slotted home past Southampton goalkeeper Alex McCarthy but the linesman's flag was raised for offside and the goal was ruled out.

DERMOT SAYS: It is an amazing decision for me. I would think 'onside', you look at it and it is so, so tight but when you freeze frame it, he is just a fraction offside. It is just an amazing decision. I say all the time that I would never be an assistant because some of their judgement is outstanding. That is almost akin to the goal line technology goal in the Tottenham game, it is so, so tight.