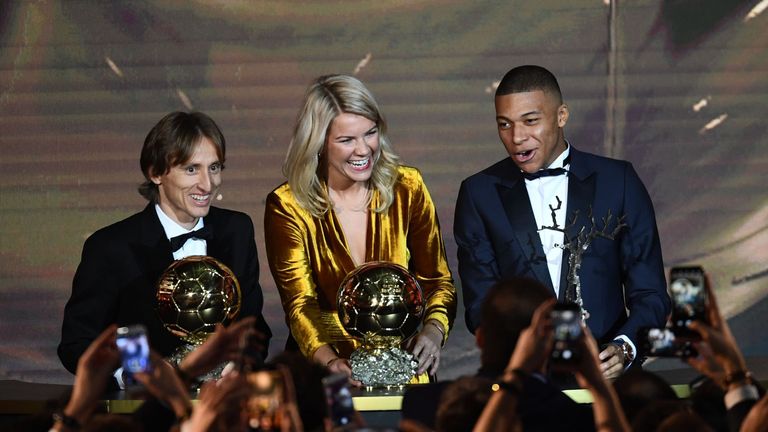 Watch highlights of the Ballon d'Or ceremony in Paris as Luka Modric, Ada Hegerberg and Kylian Mbappe claimed the awards

Luka Modric has won the 2018 Ballon d'Or ahead of Cristiano Ronaldo and Antoine Griezman, with Lionel Messi coming fifth.

It is the first time in 10 years neither Ronaldo nor Messi has been recognised as the world's best player for France Football's acclaimed award.

Harry Kane, the only English player on the 30-man shortlist, ranked 10th in the poll after winning the World Cup Golden Boot in Russia as he captained England to their best finish in 28 years.

In 2018, Modric won his third consecutive Champions League trophy with club side Real Madrid and led Croatia to their first World Cup final, losing 4-2 to France.

World Cup winners N'Golo Kante (11) and Paul Pogba (15) finished in the top 20 after being recognised for their performances in Russia.