Gordon Taylor to step down as PFA chief executive Gordon Taylor has announced he will step down as chief executive of the Professional Footballers' Association (PFA) after 38 years in the role.

Renowned as Britain's highest-paid union boss, earning almost £20m over the past 12 years, the 74-year-old former Bolton and Birmingham winger will leave his post when an independent review into the workings of the PFA is concluded.

Taylor told delegates at the union's long-awaited Annual General Meeting on Wednesday afternoon in Manchester that he will stay in place until that review is over - and will then finally leave the post he first took up in 1981.

He will not be able to take another role in the PFA for five years. 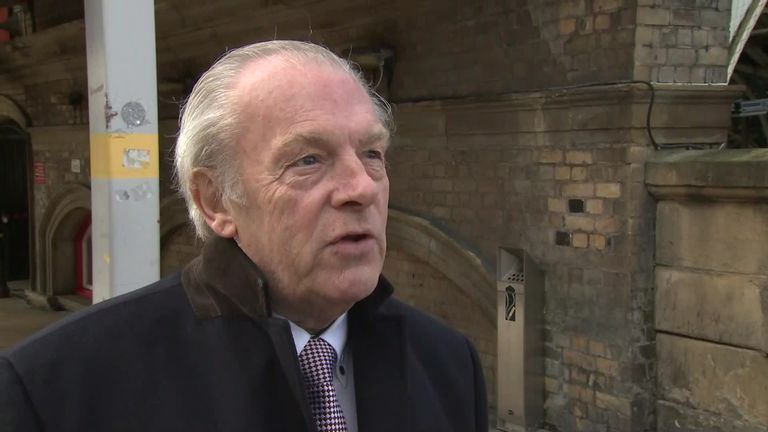 Taylor tells Sky Sports News how being in the public eye is part of his job at the PFA, but says 'untruths' are the only things that hurt him

Chairman Ben Purkiss and the PFA's whole management committee will also stand down once the review into the workings of the PFA, being carried out by Sport Resolutions, is concluded.

The news comes after last November's very public falling out and subsequent public power struggle between Taylor and Purkiss, leading the former to announce a "full and open review into the structure and operation" of the organisation.

Taylor had previously claimed Purkiss was no longer eligible to be chairman having become a non-contract player.

More than 300 players and former players are said to have endorsed an open letter calling on Taylor to step down.

Agreeing to an independent review, it looked like Taylor had survived yet another coup to remove him from power.

Shortly after the end of his playing career at Bury, Taylor replaced Derek Dougan as chairman of the PFA in November 1978, becoming chief executive three years later.

During his controversial tenure, the PFA developed a support and welfare structure for footballers, including a 24-hour counselling helpline and residential support at the Sporting Chance clinic.

Working with the Football Association, in 2017 Taylor guaranteed finance for research into a possible link between heading the ball and dementia.

The total spent on grants last year was £17.4m. However, critics have continued to point to Taylor's sizeable remuneration - last year he received £2.29m - plus the huge assets owned by the PFA totalling more than £64m, including £8.4m worth of freehold property and £9.7m worth of memorabilia.

Many also believe the PFA should have begun their funding of research into dementia years earlier.

During last November's civil war inside the corridors of the PFA's Manchester HQ, Taylor wrote to members defending his record as chief executive.

"I have dedicated the last 40 years of my life to professional football," his letter stated. "I am extremely proud of the work we do, supporting our members, whether that's through training and coaching programmes, or promoting diversity and equality in the sport."