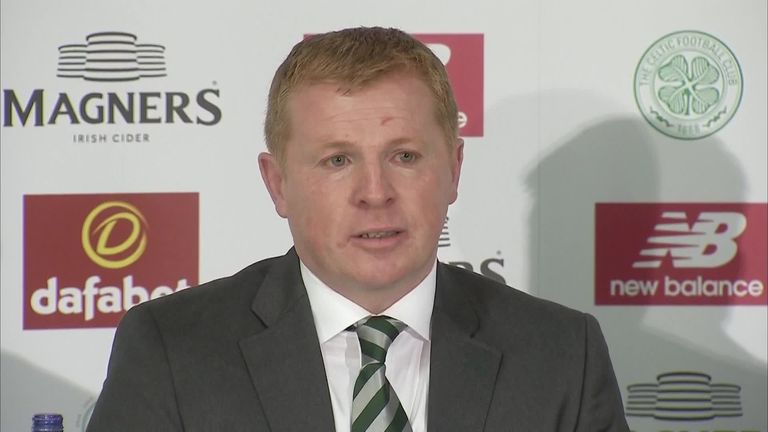 Neil Lennon is 'delighted' to become permanent Celtic manager again but insists winning a fourth treble will be a 'big challenge'.

Celtic have confirmed Neil Lennon will remain as the Scottish champions' manager on a 12-month rolling contract.

Lennon took over as interim boss after Brendan Rodgers left to become Leicester manager in February, and helped the club secure a historic third consecutive treble by sealing the Premiership and Scottish Cup.

It is Lennon's second spell as manager, having previously been in charge from 2010 to 2014 when he guided Celtic to three league titles and two Scottish Cup triumphs.

John Kennedy will join Lennon's backroom team as assistant manager, while Damien Duff will continue in his role as first-team coach.

"It is a massive honour to be named Celtic manager once again," Lennon said. "I had always dreamed of returning to this role on a permanent basis and I am absolutely delighted to once again be part of one of the biggest and best clubs in the world - an institution which really does mean so much to me and one which has always been such a huge part of my life.

"When I was asked to take over in February, I felt it was my duty to do so. Celtic will always be my club and I wanted to help finish the job which had been started.

"I want to be part of delivering more of these great days and great achievements and I look forward to working with the players, the staff and the fans to make this happen."

Celtic chief executive Peter Lawwell added: "We're delighted to name Neil as our new manager. Neil stepped up to the plate and answered our call in February, and in the difficult circumstances, played a huge part in delivering the treble to Celtic. 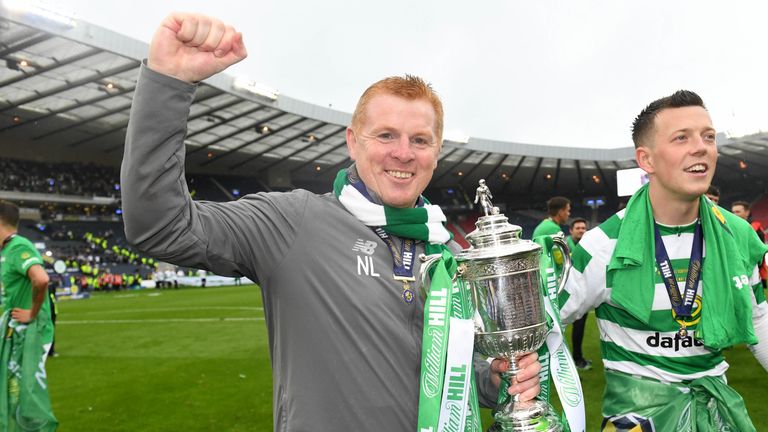 "We have known Neil as a player, captain, coach and manager. He has brought great success to Celtic in the past and we're sure he'll do so again in the future. He's a Celtic man, a winner and someone we're delighted again to have as part of the club.

"Neil has a great record in identifying players, and he has already been working hard in this area as we look to strengthen the squad this summer. We're all looking forward to a positive future together."