Phil Neville says England's win against Norway in the Women's World Cup quarter-finals is one of his "proudest moments" in football.

The Lionesses sailed past Norway with a 3-0 win to reach the semi-finals for their third successive tournament, and Neville praised his side after a dominant performance.

He said: "To be honest, I thought we played no different than we did in the previous games, we were just more ruthless.

"I've got the best job ever. Coaches can be the best in the world but if you haven't got the players with the right attitude, determination and ability to learn and improve, then you're dead as a coach.

"I think that's why I've been so confident for the last 18 months, perhaps bullish at times and brave in the words that I'm using because I work day in and day out with players that are absolutely astonishing.

"They astonish and inspire me every day and tonight is probably one of the proudest moments I've had in football."

But Neville was wary about raising expectations too high at home, with England having gone out of the last World Cup and European Championships at the semi-final stage. They will face either France or the USA on Tuesday in Lyon. 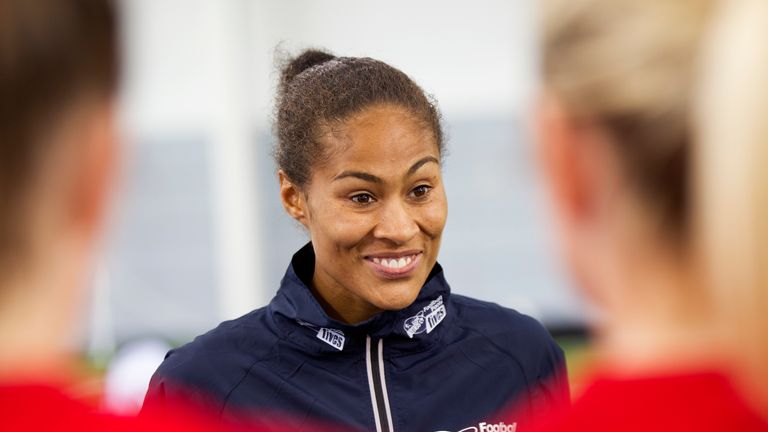 He added: "We are a team who have lost in the semi-finals at the last two major tournaments. I guess the main reason I was bought into this job was to get us through a semi-final.

"I said to the team before that I don't think there has been another team that has played that type of football before so we're being brave. I felt as if this type of football would get us through a semi-final.

"I said to them at the end, and I'm not ashamed to say it, I asked them if they wanted to win a World Cup because we're in it to win it. I knew 18 months ago that we had a good set of players and I think we're in good shape.

Neville singled out right-back Lucy Bronze for special praise, again calling the Lyon defender the best player in the world after her goal and assist against Norway.

He told the BBC: "What you have seen tonight is that Lucy Bronze is the best player in the world: there is no player like her in the world, no player who has her athleticism and quality. I played full-back but never to that level she played at."