'Football is the same, there are the same rules so I will referee the same as in female leagues'

Stephanie Frappart has dismissed the idea refereeing a men's football match is more challenging than officiating a women's game, ahead of taking charge of the UEFA Super Cup.

The French official will be joined by two female assistant referees, compatriot Manuela Nicolosi and Ireland's Michelle O'Neill, who worked with her in last month's Women's World Cup final, as the first woman to referee a major European men's game.

Frappart, who was appointed to an elite pool of referees for France's top-flight Ligue 1 this season, says she will not change her approach for the meeting between Champions League winners Liverpool and Europa League holders Chelsea in Istanbul on Wednesday.

Asked what the main challenges between officiating a female match and a male match, Frappart said: "I think there is not a lot of difference because football is the same.

"Only teams play differently but as a man or a woman we cannot referee the same game between women and men.

"For me it is the same because refereeing is the same. Football is the same, there are the same rules so I will referee the same as in women leagues."

I was also appointed [as a referee] in Ligue 1 in France so I know the feeling, the strategy and my emotions.

The 35-year-old says she is aware of the "meaning" of her appointment and is hopeful of demonstrating women are just as good as their male counterparts.

"We have to prove physically, technically and tactically that we have the same [capabilities) as the men," she added, dismissing the suggestion they could come under more criticism should an officiating error be made. 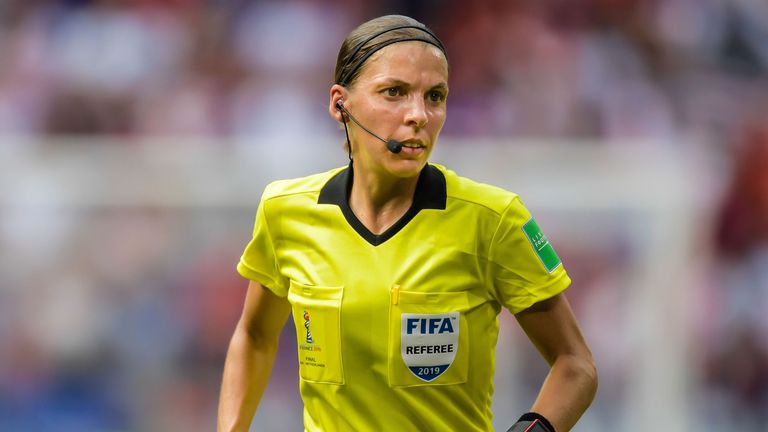 French referee Stephanie Frappart says her previous experience ensures she is mentally prepared to become the first woman to take charge of a major European men's football match in the Super Cup.

"Of course my life has changed because I am more popular now in the world," Frappart said.

"I was also appointed [as a referee] in Ligue 1 in France so I know the feeling, the strategy and my emotions. I know how to keep them and how I trained for that."

Turkish referee Cuneyt Cakir, who will be the fourth official at the Vodafone Park, gave his full backing to the trio of women.

"They are brave, they have courage, they don't hesitate to give unpopular decisions - you will see [on Wednesday]," he said.