European Qualifiers: Spain leave it late to qualify, while Finland close in on first major finals

Spain left it late in Sweden to secure qualification for Euro 2020, while Finland moved to within one win of qualifying for a first major finals.

Spain needed an injury-time goal from Rodrigo to book their place at Euro 2020 with two matches to spare.

They fell behind to Sweden four minutes into the second half after Spain goalkeeper David De Gea made a double save to deny Berg and Emil Forsberg, only for the ball to loop up in the air for Berg to nod into an empty net. 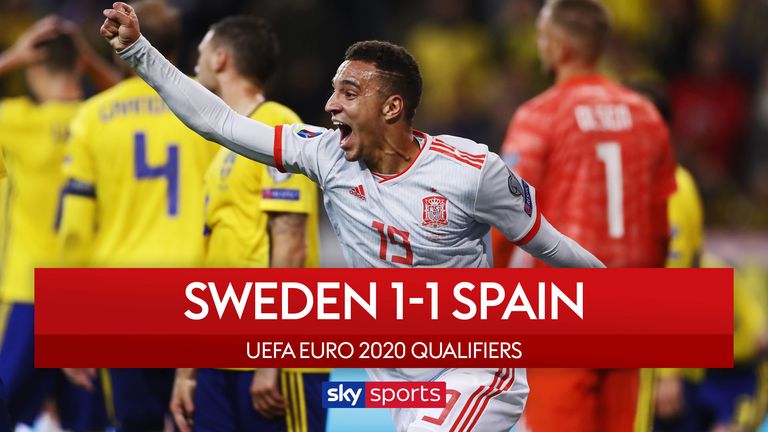 Highlights of the European Qualifying Group F match between Sweden and Spain.

Moments later De Gea had to pull off a sharp save down to his right to prevent Forsberg from doubling the lead.

But Spain's problems deepened when De Gea, who had made a stunning save to deny Robin Quaison in the first half, limped off with what appeared to be a hamstring injury.

They looked on course for a first defeat of the campaign until substitute Rodrigo fired through a crowded penalty area at the death to clinch a 1-1 draw.

Sweden were left grateful to Alexander Sorloth, who scored a late equaliser for Norway in Romania.

The 1-1 draw means Romania stay a point behind the Swedes in third, while the Faroe Islands beat fellow Group F also-rans Malta 1-0.

Italy, already assured of qualification, took the lead in after just two minutes in Liechtenstein through Federico Bernardeschi.

But they had to wait until the 70th minute to find the net again through Andrea Belotti's header before Alessio Romagnoli, Stephan El Shaarawy and Belotti again wrapped up a 5-0 win. 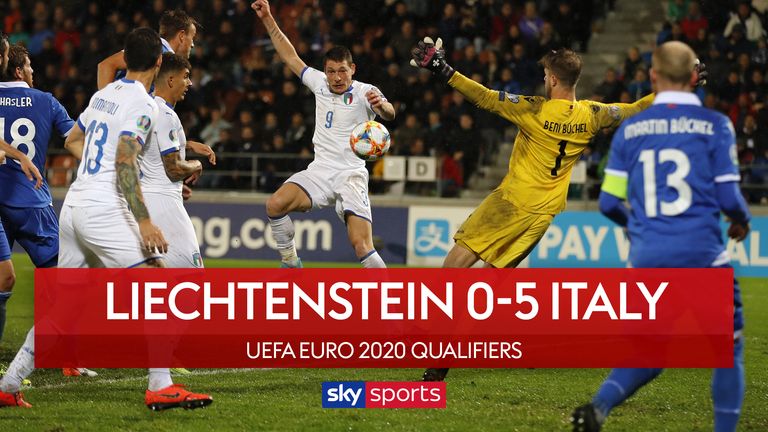 Highlights of the European Qualifying Group J match between Liechtenstein and Italy.

Pukki struck twice in the second half after Fredrik Jensen opened the scoring for the hosts, who are second behind Italy in Group J.

A late own-goal by Adnan Kovacevic dented Bosnia and Herzegovina's chances of catching Finland as they went down 2-1 in Greece.

Republic of Ireland, who knew a win in Switzerland would see them through, were beaten 2-0 thanks to Haris Seferovic's 16th-minute strike and a late Shane Duffy own goal. 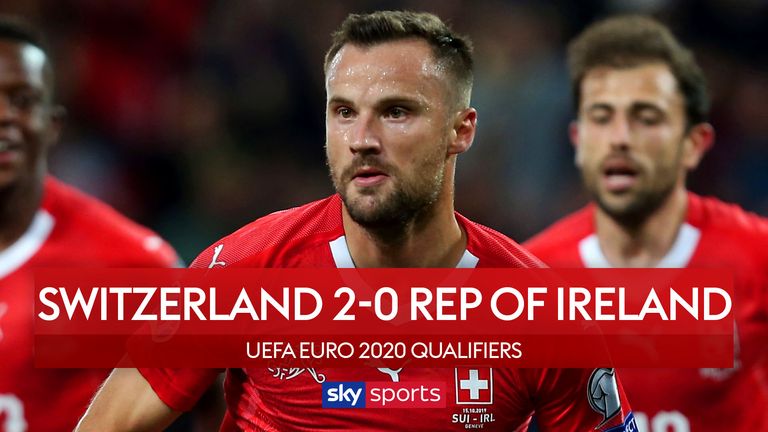 Highlights of the European Qualifying Group D match between Switzerland and Republic of Ireland.

The visitors were reduced to 10 men in the 76th minute when Seamus Coleman handled Breel Embolo's shot in the area.

The full-back was shown a second yellow card and, although Darren Randolph saved Ricardo Rodriguez's penalty, Ireland could not find an equaliser, with Duffy diverting Edimilson Fernandes' shot into his own net three minutes into injury time. 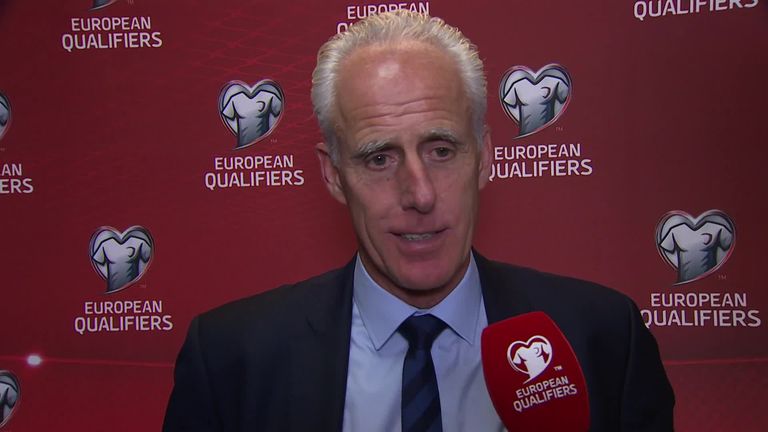 Mick McCarthy says Switzerland proved they are a very good side and deserved to win their 2-0 European Qualifying match against Republic of Ireland.

Elsewhere in Group D, minnows Gibraltar came from 2-0 down to level against Georgia only to fall to Giorgi Kvilitaia's late goal.