Coronavirus: UEFA likely to postpone Euro 2020 until next summer 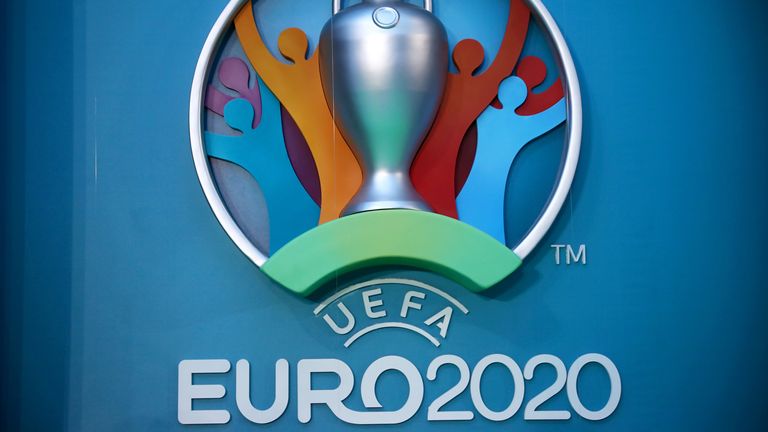 UEFA members will meet on Tuesday to discuss how best to proceed with domestic and European club competitions amid the coronavirus pandemic – with Euro 2020 likely to be postponed until next summer.

Next week's Champions League and Europa League last-16 games have already been postponed, while Uefa have also cancelled the draws for the quarter-finals and semi-finals of these both competitions which had been scheduled for May 20.

For the first time in its history Euro 2020 will be played in 12 different European cities, from Dublin to Baku with the final remaining play-off places set to be decided at the end of this month.

UEFA said in a statement: "In the light of the ongoing developments in the spread of COVID-19 across Europe and the changing analysis of the World Health Organisation, UEFA has invited representatives of its 55 member associations, together with the boards of the European Club Association and the European Leagues and a representative of FIFPro, to attend meetings by videoconference on Tuesday 17 March to discuss European football's response to the outbreak.

"Discussions will include all domestic and European competitions, including UEFA EURO 2020. Further communication will be made following those meetings."

In the build-up to Tuesday's meeting, UEFA will draft a number of options to put to each association.

Each option will detail a number of consequences, especially financial, with the option to delay this summer's European football championship giving domestic leagues time to finish their competitions over the summer.

Another option is expected to include having just one leg for the Champions League and Europa League quarter-finals and semi-finals this season.

Although it is understood no option is off-limits, UEFA are keen for all leagues to be finished to determine promotion, relegation, who are champions and who has qualified for future European club competitions.

A complete shutdown of European football this summer is the least-favoured option, while Europe's governing body would still need clubs and associations to agree to any changes.

UEFA have confirmed they have postponed next week's Champions League and Europa League games.

Wolves' Europa League match against Olympiakos took place behind closed doors in Athens and the second leg of Manchester City's Champions League tie against Real Madrid had already been postponed, but now all games due to be held next week in both competitions will be suspended.

In a statement, UEFA said: "In the light of developments due to the spread of COVID-19 in Europe and related decisions made by different governments, all UEFA club competitions matches scheduled next week are postponed.

"Further decisions on when these matches take place will be communicated in due course.

"As a consequence of the postponements, the UEFA Champions League and UEFA Europa League quarter-final draws scheduled for 20 March have also been postponed."