Premier League and SPFL involved in a conference call on Tuesday

Officials discussed adapting the existing football calendar to include the scheduling of more domestic league matches in midweek, and the remaining Champions League and Europa League matches on weekends, when it is safe to do so.

European leagues shared their own predicted scenarios, based on when the pandemic is expected to peak in their country.

Some countries, including Italy, are at a more advanced stage of the virus. 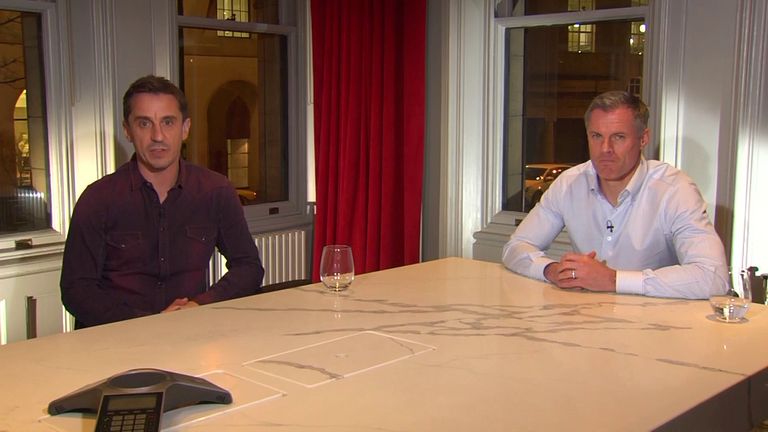 Gary Neville says when football does return following the coronavirus pandemic, it'll be a joyous occasion and we'll all appreciate the game much more

Talks between officials will continue on a regular basis, in some cases every week, but only after further consultation with public health authorities.

Professional football around the world has been suspended following the surge in global cases of coronavirus.

A second UEFA working group to assess the economic, financial and regulatory impact of the coronavirus outbreak has yet to meet.