Lionel Messi, Cristiano Ronaldo and Thierry Henry make it into Jamie Carragher's toughest XI, but who else features in his star-studded line-up? 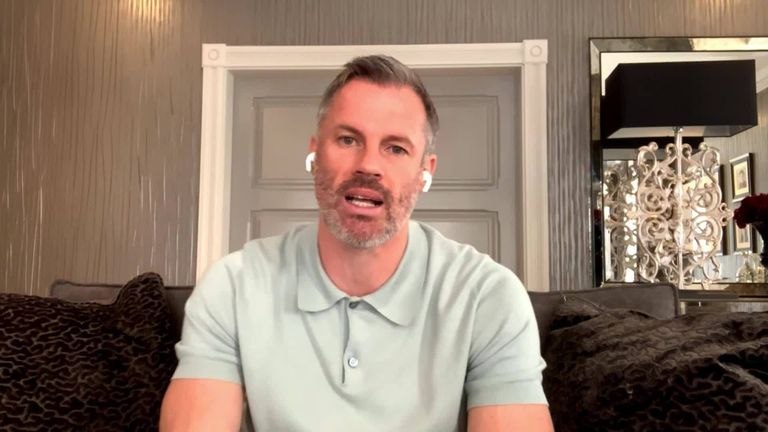 Sky Sports pundit and former Liverpool defender Jamie Carragher picks the 11 toughest players he has faced during his career on The Football Show.

Speaking on Sky Sports' new daily programme, The Football Show, Carragher said: "I was very fortunate to come up against some of the best players in the world in that time through the success we had in different seasons at Liverpool."

But who were the toughest opponents the former defender faced? Here, the Sky Sports pundit reveals all...

I think the easiest ones are possibly the full-backs - Paolo Maldini and Cafu. I came up against them in 2005 in the Champions League final and they weren't just the best full-backs of their generation, I actually believe they are the two best full backs of all time, I don't think there are too many arguments with that.

Goalkeeping wise, I've picked Gianluigi Buffon. I was born on the same day as him and scored against him so it always gives me a chance to get that story in. But he was a great goalkeeper and certainly the best of his generation.

Centre-back wise with Marcel Desailly, in the Premier League, I don't think he showed what he had done before, certainly at AC Milan. But in certain games against Liverpool, it was like men against boys when he really wanted to turn it on.

For me, John Terry has been the best Premier League centre-back, certainly in my time watching football. There are plenty of other centre-backs I could have put in there, but I wanted to get a Premier League player in there and I think he's been as good as anyone.

The midfield, in terms of Xavi and Andres Iniesta, picks itself. What they did for Barcelona makes them absolute superstars, both of them. I probably wanted Roy Keane a little bit more central in the holding position, so he'd be in the centre.

I was thinking about what other players you would come up against, maybe Andrea Pirlo - who is a completely different player to Keane in that position - but what Keane would give you sitting in front of the back four is organisation, the energy and the challenges playing from there.

I look at the front three and certainly anyone from my generation, it would be Lionel Messi and Cristiano Ronaldo and one other. For me, that is Thierry Henry, who I think is the greatest Premier League player of all time and certainly my toughest opponent. That Arsenal Invincibles [2003-04] team he played in and the two or three years around that would certainly be the toughest opponent I played at and that's home and abroad.

How about the toughest overall team?

The problem with that Arsenal team was that when you got in the tunnel with them, everyone was six foot two and had shoulders out here. You look at the physical battle and you couldn't knock them out of their stride, they were too physically strong for you at different times.

Graeme (Souness) mentioned [earlier in the show] about playing Brazil [for Scotland at the 1982 World Cup] and they knew within five minutes that they couldn't win the game, it was going to be tough. At times, you had that feeling in the tunnel with Arsenal, when you came up alongside them and the sheer size of them.

You knew how great they were as players, but sometimes you have to stand alongside someone to understand the sheer physicality of that team. Even someone like Dennis Bergkamp was a huge man as well so that's why I always choose that team of Arsene Wenger and Arsenal as my toughest opponent.