Ancelotti tells Sky Sports in exclusive chat: "Zidane is the first player that gave me the possibility to change the system and play in a different way" 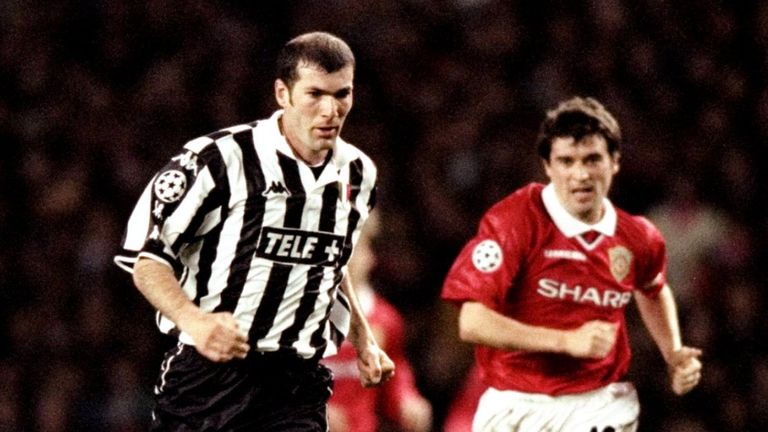 In an exclusive interview with Sky Sports, Carlo Ancelotti explains how Zinedine Zidane changed his football philosophy when he managed the midfielder at Juventus

In an exclusive interview with Sky Sports' Jamie Carragher, Everton boss Carlo Ancelotti takes us through his stellar managerial career and reveals how Zinedine Zidane changed his footballing philosophy.

Ancelotti's successful playing career in Italy has been followed by an even more impressive managerial one, taking up his first role at Reggiana before going on to some of the world's best clubs, including Juventus, Paris Saint-Germain, Real Madrid and Bayern Munich.

He also had a two-year spell with Chelsea between 2009 and 2011, and returned to the Premier League earlier this season to take over at Everton.

Speaking exclusively to Sky Sports pundit Carragher for The Football Show, Ancelotti reveals all about his coaching career so far plus an insight on how he managed some of the famous players he has worked with...

Finding space for Zola at Parma

"Parma was the first top professional team that I managed and I had [Gianfranco] Zola in that period. At the beginning, I was playing 4-4-2, I was not playing with a No10 in that period so in the first game of the seaso I tried to put him [Zola] on the right side like a winger. He didn't like it a lot, he did well in my opinion, but he would like to play in the middle. So having [Hernan] Crespo and [Enrico] Chiesa in front, I found space for him on the right side, but he was not so happy.

"At the same time, he had an opportunity to go to Chelsea and in the January market, he chose to go there and I let him to go."

'Zidane changed my idea about football'

"With Zidane, I tried to change my idea about the system. Zidane is the first player who gave me the possibility to change the system and play in a different way. So when I had Zidane, in the first year at Juventus, I played with a system of 3-4-1-2, having [Alessandro] Del Piero and [Filippo] Inzaghi up front and Zidane a little bit behind. The second year, I played with a back four but keeping two strikers in front and one No10 like Zidane.

"Zidane changed my idea about football, I was so focused before Juventus on 4-4-2 and after with Zidane, I changed, I wanted to put him in the best position for him to let him be more comfortable on the pitch.

"In my playing career, I had [Nils] Liedholm [at Roma] who was one of the first managers who played the zone, but it was not 4-4-2, it was back four but in midfield, we didn't have a specific position. Then after that, I had [Sven-Goran] Eriksson in Rome and he played 4-4-2 and [Arrigo] Sacchi in Milan, so I started training and having the idea to play 4-4-2.

"And this idea changed after Parma when I had Zidane, I wanted to have him in a comfortable position for him.

"First of all, I think the fact that I was in Milan as a manager having played there, I knew the structure of the club, I knew some of the players there because some of the players I managed at Milan were my team-mates, like [Paolo] Maldini, [Demetrio] Albertini, [Alessandro] Costacurta so this helped me at the beginning to help build a good period in Milan.

"I was really comfortable in Milan because the support that I had was really strong support. I felt in Milan like I was at home, like a family.

Trophies won as a manager

"I think it was the right decision from both sides [when deciding to leave for Chelsea]. It was not so difficult because after eight years, I needed to change and at the same time, maybe the club needed to change so we decided to together. It was the right time to decide, I wanted to have a new experience outside of Italy so I had the opportunity to go to Chelsea. But it was a good decision, it was not difficult to choose."

'Chelsea were a really fantastic team' 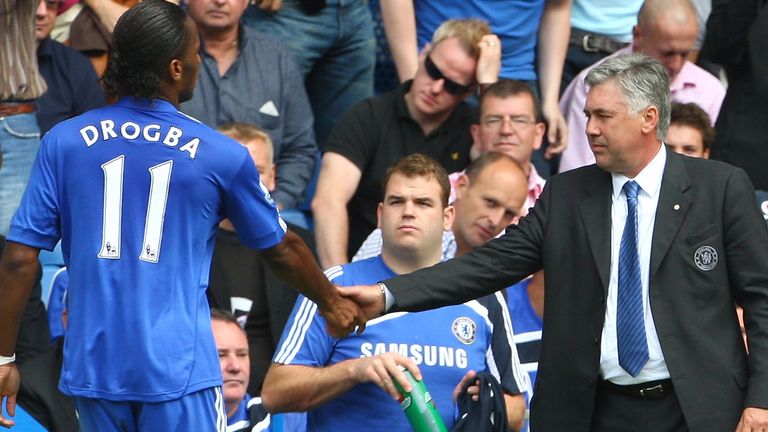 "The second year was more difficult, I think, because we had some problems. We had [Didier] Drogba with malaria and these kinds of problems. We started really well and we finished really well but the middle of the season was not so good.

"Drogba was fantastic. In the first year, he scored 36 goals but to mention Drogba means to forget [Nicolas] Anelka, for example, [Florent] Malouda, Joe Cole, [Salomon] Kalou, Michael Ballack in the middle, [Michael] Essien, Deco and at the back, Alex, [Branislav] Ivanovic, Ashley Cole so the team really, really was a fantastic team.

"When I arrived, the team was there, I didn't build the team, so I was really excited to train these kinds of players with this kind of power. Imagine when you needed to prepare set pieces, you had John Terry, Alex, Drogba, Ballack to jump so it was not so difficult to score on set pieces.

"I'm not surprised [to see Lampard as a manager] because as a player, Frank had fantastic tactical qualities. I'm waiting now for Terry as a manager, now he's an assistant, but I think they both have the qualities to be a good manager. Of course, Frank is doing really well at Chelsea now."

"It is more enjoyable [managing in the Premier League], definitely. There is less pressure here from the supporters and the atmosphere is better in England.

"I came back to Italy after nine years and it didn't change a lot, the pressure is the same and with the supporters, there is a lot of violence. Italian football is trying to change but it is not easy to change the culture of a country where unfortunately there is still violence and assault.

'As a manager, you have to try Real Madrid for one day'

"I think when you are a manager, you have to try and manage Real Madrid one day in your life. I spent two years there and it was an unforgettable experience because I think Real Madrid is the best club in the world for the image that they have outside.

"Everywhere we went, in every country, there were a lot of people there who wanted to see you, to support the team so it is an unforgettable experience, a top organisation, a fantastic training ground and a fantastic team at the time when I arrived.

"The team had some problems in the past years when I arrived there. The fact that they were not able to win the Champions League for 12 years was like an obsession for them because Real Madrid was used to winning a lot of Champions Leagues. I had the luck in the first year to win it [in the 2013/14 season].

"Of course, they have to work together because the team is the most important part of the game, but strikers like Ronaldo who are able to score every single game, you don't have to give too much information defensively.

"Sergio Ramos also has a fantastic quality. I think his best quality he has is not tactically, it's not technically, it's character and the personality that he has and the ability he has to motivate the people around him, like his team-mates. Ramos during that period was important for this, he was always at the top when the game was important and in the key moment of the games."

Returning to the Premier League with Everton 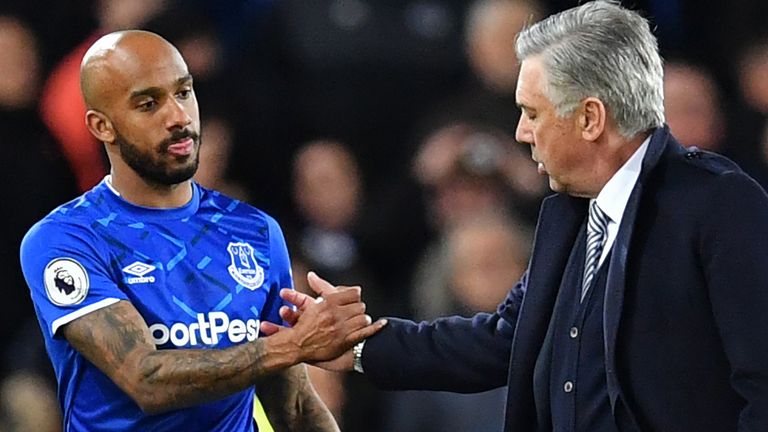 "The fact I had the opportunity to come to Everton was really important. Everton is a club with a fantastic history, fantastic tradition and they have a goal to be at the top. We are trying to, if we are able after the COVID [shutdown], we will try to do our best.

"I miss my players. Through my staff, we are in contact with them, they are working a lot at home but of course, everyone else would like to start soon. This is not the comfortable behaviour with how we would like to work or spend time together. The way I like more is to stay with my players and train with them, work with them, talk with them and I hope that soon, we will be able to do this.

"I think everyone in the club is working to try to be at the top soon. Of course, there is a lot of competition here in the Premier League but I think we have a possibility. We have a good goal, we are building a new stadium so we know that behind us is fantastic supporters and fans that help us to be motivated. I think soon, we can be competitive."