Ings: "I remember the goal they scored that night when Andre Schurrle made the run and Cesc Fabregas made the pass first time. It was a 'wow' moment" 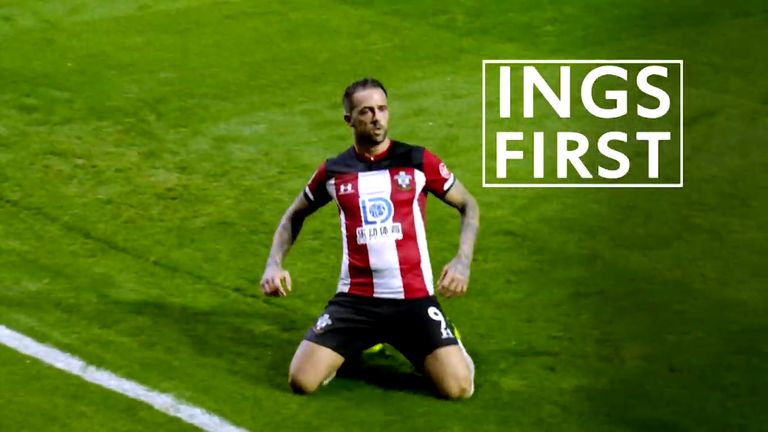 Southampton striker Danny Ings caught up with Soccer AM's Tubes to reflect on his first-time experiences in football.

The Saints' top goalscorer has had a season to savour on the south coast, but we ask him to look further back to recount some of his best memories of his time playing the sport.

With Ings now back in training ahead of the provisional June 17 restart, we take a trip down memory lane to discover his football recollections....

When I got promoted with Burnley our first game was against Chelsea and I was being marked by John Terry. It was a real 'welcome to the Premier League' moment. And I remember the goal they scored that night when Andre Schurrle made the run and Cesc Fabregas made the pass first time. It was a 'wow' moment and opened my eyes to the Premier League.

My dad taking me to my local recreation ground and down there was goal, with no net. He'd take me through a few drills and he never let me go home until I did it. No matter what the weather was like he'd keep me out to practice on volleys, skills and even simple passing. If I didn't do it right he'd keep me out there.

It was a Saints shirt, with no name on the back. It was a fun time as I was just getting to the age where I was pushing on with football. Although I wasn't accepted within the academy at Southampton at a young age so I went from supporting them to having a bit of resentment towards them. For a number of years, I was upset that I wasn't in their system. I did let it go a few years back that they didn't take me as a young lad. In fairness, I was very small and hadn't developed.

Watch the full interview with Tubes by hitting the video at the top of the page.