Everton have completed the signing of Brazil midfielder Allan from Napoli on a three-year contract.

The move sees Allan, who has been capped nine times by Brazil, reunite with Carlo Ancelotti at Everton, having previously worked under the Italian for two seasons while he was in charge of Napoli.

The draw of Ancelotti saw Everton beat off competition from Atletico Madrid and Borussia Dortmund to capture Allan, who spent five years in Naples.

"It is a real pleasure to sign for Everton. I am immensely happy to be here," Allan told evertontv. "I hope, like I have done in my entire career, I contribute with my performances together with my teammates and that I put in some great games, great performances and win important things.

"It is a club with a rich history in the Premier League, has real ambition and then there is Professor Ancelotti. He has done everything possible to bring me here.

"It is the size of the club and the name of the coach which means you don't think twice about coming to Everton."

Allan started his career at Vasco da Gama in his home country before moving to Serie A with Udinese in 2012.

He went on to play more than 200 times for Napoli after a move to the San Paolo in 2015, helping the side win the Coppa Italia last season. 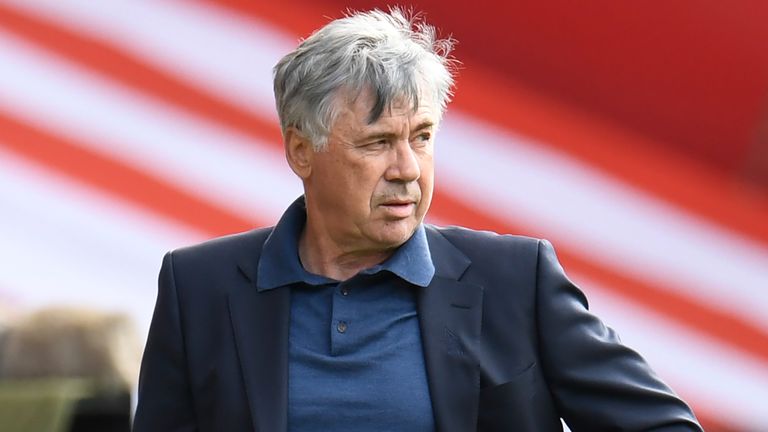 Allan was also part of the Brazil squad - along with new club team-mate Richarlison - that won the Copa America in 2019.

James Rodriguez, who played under Ancelotti at both Real Madrid and Bayern Munich, is also close to joining Everton.