Sue Smith on online abuse: Women in football 'shouldn't have to have a thick skin' 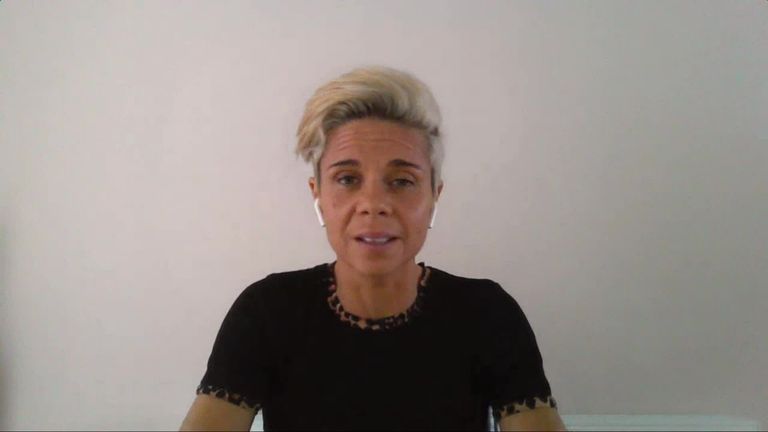 Sue Smith has revealed she is the victim of discriminatory messages on social media, and insists women in football "shouldn't have to have thick skin".

Smith was speaking to the Women's Football Show on Sky Sports, which launched a campaign against online hate and social media abuse this month.

Smith - who won 93 caps for England and is a Sky Sports pundit - says she has a support group that helps her deal with the abuse she receives, but that she worries for those who are not so fortunate.

She said: "We shouldn't have to have thick skin. I don't mind if there's a discussion around football, but when you start getting comments based on how you look, your gender, the whole, 'get back to the kitchen'... it sounds like that can't actually still happen - it does. We still get those sort of comments when we're talking about football.

"I'm lucky that I've got a support group. I get messages online and I read them. You might get 10 really nice messages and one horrible one, and that's the one that you remember.

"I've got that support group to talk to and help me get over it. But you worry for the people that do have mental health issues. If they don't have anybody to talk to, what happens then?

"That's why it's brilliant that Sky are doing this campaign and it's something that we need to continue. We need to keep talking about it and hopefully, in the future, it will stop."

'Abusers know nothing about women's football'

Liverpool winger Rinsola Babajide says she believes that those who abuse women in football do so despite not following the sport. 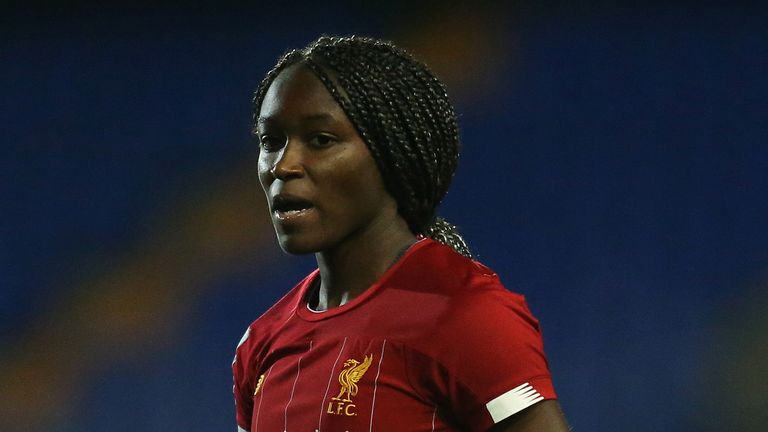 Speaking about the abuse she receives online on the Women's Football Show, she said: "It's got better. But internet trolls, or men who just support the men's side of the game, say things like, 'get back in the kitchen'. It's very disrespectful.

"I feel like we need to get more people watching the game. The women's game has changed a lot. But I just feel like the ones who are trying to troll the game know nothing about it and don't bother watching it."

'Trolls are trying to silence us'

Crystal Palace goalkeeper Chloe Morgan says she feels those who troll her online are trying to silence her, but adds that she is encouraged by the organisations that are taking a stance against this form of abuse. 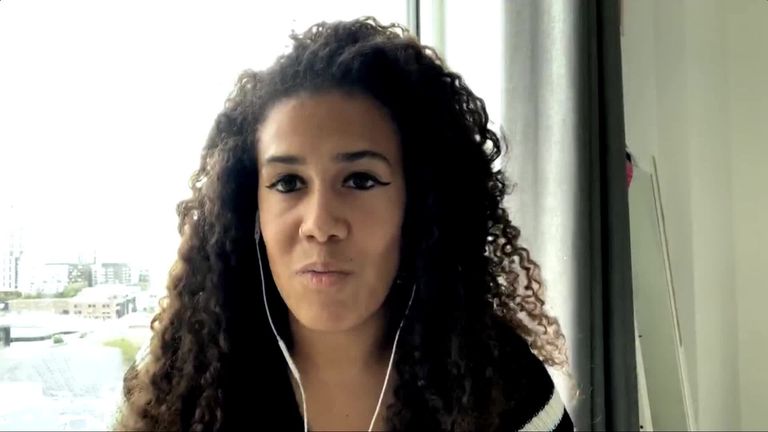 Crystal Palace goalkeeper Chloe Morgan says online abuse is difficult to cope with, and encourages people to speak out on the issue

She told the Women's Football Show: "You feel vulnerable, you feel attacked and it makes you feel as though you cannot say anything going forwards.

"This is what they're trying to do: to silence you, to stop you speaking out, to stop you feeling confident in your opinions.

"As a player, having experienced that kind of abuse, you build up that experience of just trying to let it go over your head and move on.

"But I would always encourage more people to speak out against it. It's fantastic that more organisations are taking a big stance - that's going to be key."

If you see a reply to Sky Sports posts and/or content with an expression of hate on the basis of race, colour, gender, nationality, ethnicity, disability, religion, sexuality, age or class, please copy the URL to the hateful post or screengrab it and email againstonlinehate@skysports.com