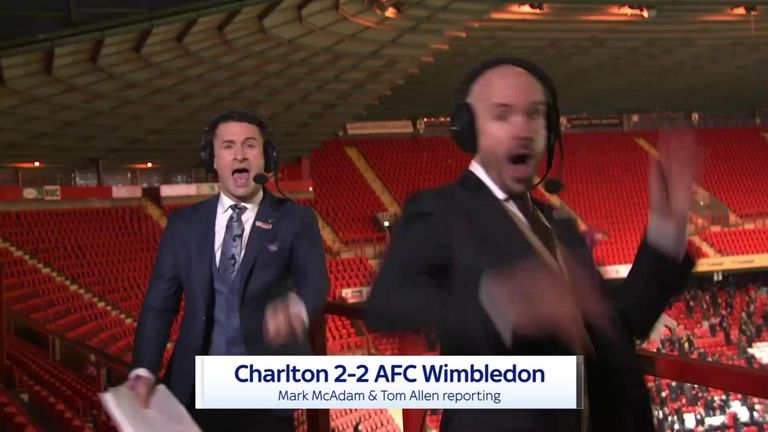 Comedian Tom Allen showed off his commentating skills as he joined reporter Mark McAdam for a dramatic match at The Valley!

Matches featured on Soccer Saturday are usually covered by just one reporter - but for Charlton's seven-goal thriller against AFC Wimbledon, Mark McAdam was happy to have some extra help!

Joining Mark at The Valley for his commentating debut was top TV comedian Tom Allen, who enjoyed his trip to West Ham last season for an episode of Sky Sports' 'I'm Game' series so much that he was easily persuaded to have a go at keeping Jeff Stelling and viewers informed with live updates on the show.

With home supporters back in the stadium for this Sky Bet League One fixture, Charlton were showing their support for Stonewall's Rainbow Laces campaign, supported by Sky Sports as a member of TeamPride, raising awareness around LGBT+ inclusion in sport.

After a first half in which Tom witnessed three goals but struggled with the chilly conditions in the gantry, he emerged after a warming half-time pie and was treated to four more as the hosts surged to a 5-2 victory in Sky Bet League One.

The highlight came midway through the second half when Jeff crossed live to SE7 for news of the Charlton equaliser, only for Jonny Williams to complete the turnaround while Mark was in full flow.

As the Addicks fans roared, Tom celebrated too and couldn't fail to feel a special bond with the goalscorer...

Watch what happened in the clip above! 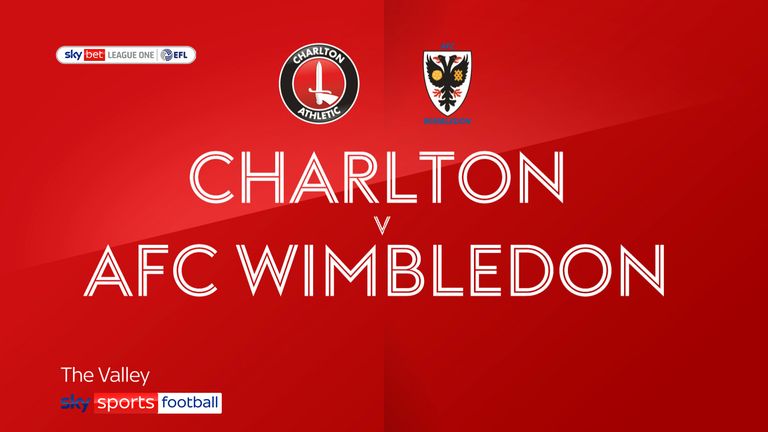 Meanwhile, there was plenty more Rainbow Laces visibility across British football on Saturday, such as Aston Villa players warming up in 'Part of the Pride' T-shirts before their win at Wolves.

Rainbow captain's armbands were again in use in the Premier League, while top-flight and EFL clubs who were at home this weekend used the fixtures to activate the campaign with corner flags, substitute boards, and matchday messaging.

Earlier on Sky Sports News on Saturday, Burton Albion coach Ben Watkiss shared his story of being an out gay man working in the men's professional game.

The 24-year-old said being able to be his authentic self in an inclusive environment like Burton have created has been hugely beneficial to him, and spoke of his hope that more LGBT+ people in football - including players - might get to experience the same feeling.

"If a [male] player was to come out, they'd be welcomed with so much love, support and goodwill. I think the biggest part now is on people who are currently within the game and who are openly gay to be visible, seen, and to share positive experiences."