Research shows four in 10 LGBT people think sport isn't welcoming, so we're putting that to the test by taking well-known figures from the world of entertainment to experience sport for themselves.

We wanted to challenge their perceptions and help to break down existing stereotypes - on all sides.

Sky Sports News' Mark McAdam is your host for five hugely entertaining shows which may just make you think a little differently about sport...

When he was a teenager, comedian Tom Allen was invited to join some friends at a football match - but only if he 'didn't open his mouth' when he was there.

But he's prepared to give the fan experience another go, agreeing to join Mark at the Premier League match between West Ham and Sheffield United. 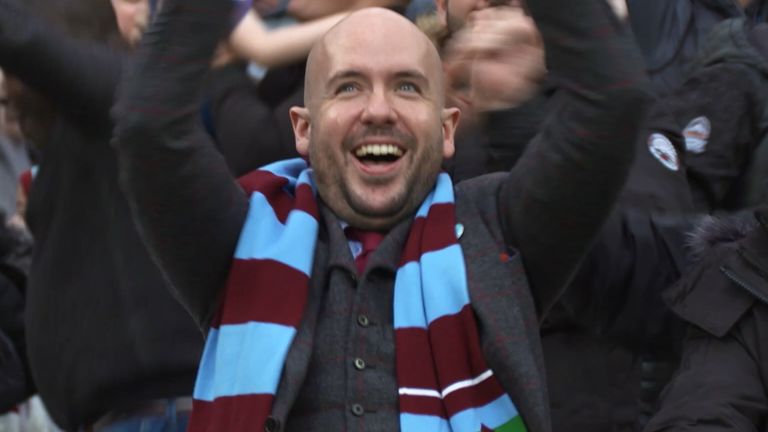 Having been turned off football when he was younger, how will Tom get on among the West Ham faithful?

Before the game, Tom thought football was something 'he wasn't invited to' but, after meeting fans and watching the action from the stands, have we changed his mind?

Read about how Tom got on at the London Stadium in our article.

What a lovely day at @WestHam yesterday! Thanks @PrideOfIrons lgbt+ supporters group for the gifts! Does it suit me?! Great to see inclusitivity in football. Thanks @karren_brady for the warm welcome and @markmcadamtv for taking me there. pic.twitter.com/EcoXXSvjll

For the love of the darts

Stephen K Amos and Stephen Bailey had no experience or knowledge of darts... until Mark took them to the Grand Slam of Darts in Wolverhampton.

The stand-up duo were given expert advice by Gerwyn Price and Dimitri Van den Bergh, before taking part in their own six-dart challenge at the oche in front of the crowds. 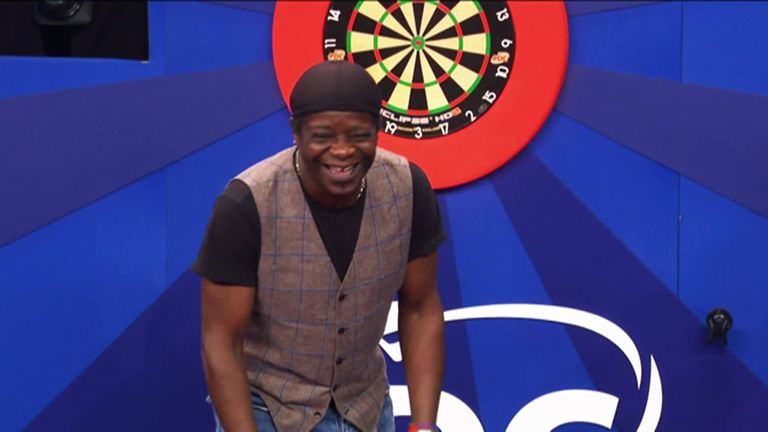 Stephen K Amos is used to performing in front of big audiences - but will he hit the bullseye at the Grand Slam?

They chat to referee and Stonewall Sport Champion Huw Ware about his experiences of coming out and share their own views about sport being something that is in danger of being "lost from the LGBT community".

Read about the two Stephens' trip to the darts in our article.

Watch the full episode above, on YouTube or On Demand now.

Been filming a new show for @SkySports - not allowed to say what but turns out I am very versatile and one of ladzzzz. Coming in December pic.twitter.com/QzrO0Xt8Di

Catherine Bohart and Sarah Keyworth are stand-up comedians - and also girlfriends - who think netball isn't for them. Memories of PE classes at school and not being as athletic as some of the other girls have combined to have an effect on their mindsets. 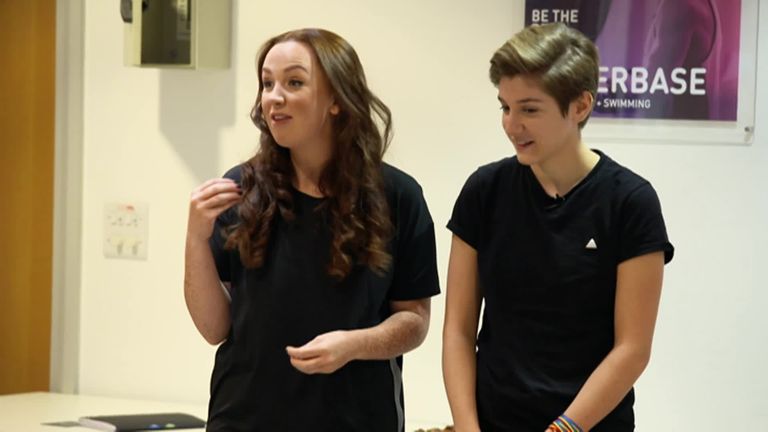 Sarah and Catherine think netball's not for them because it's 'too girly'... could the England Roses help to prove them wrong?

Will meeting the England Roses and training with the squad change that? And will the competitive side of their relationship come out on the court?

Sarah might even discover she has some previously undiscovered shooting prowess...

Read about how Catherine and Sarah got on as new Roses recruits!

'Beast Mode' and the Judge

He's used to dispensing justice and settling arguments - but could Robert 'Judge' Rinder get the better of 'The Beast'?

Mark takes TV's most meticulous magistrate to train with Wycombe Wanderers and learn about the unique authority of Adebayo Akinfenwa. 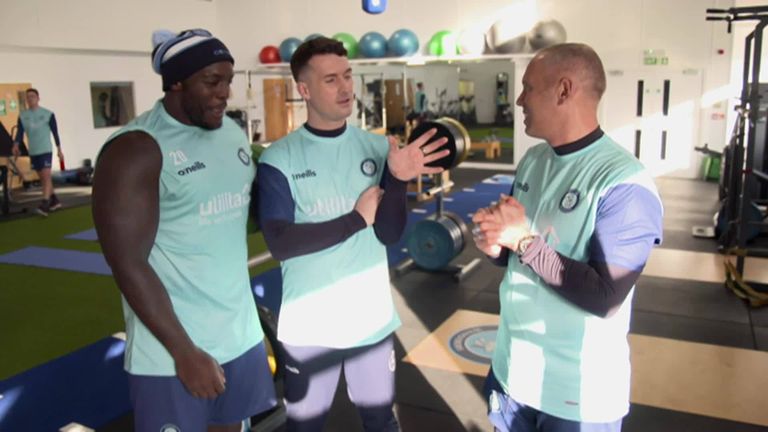 Mark takes Sky Sports football pundit and A League Of Their Own team captain Jamie Redknapp to get a driving masterclass at Silverstone from endurance racing's Charlie Martin.

Charlie, who's aiming to become the first driver who's transgender to compete at the famous 24 Hours of Le Mans race, gives the former Liverpool and England star some tips, before going head-to-head with him in a race on the drift circuit. 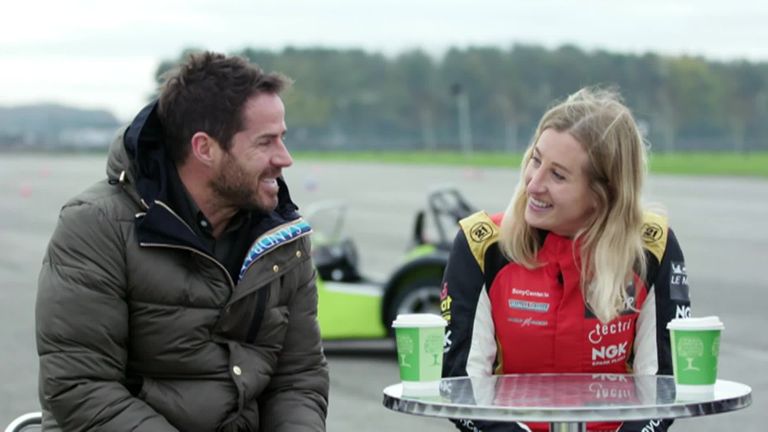 Jamie Redknapp joins Charlie Martin for a driving challenge at Silverstone, as well as a chat about her journey as a trans woman in motorsport

Jamie also learns more about Charlie's journey in motorsport and what helped to give her the confidence to be herself and follow her sporting dream.