The PFA sent a survey to all of its members asking about taking a knee; results showed players are 'overwhelmingly in support' of continuing anti-racism gesture; PFA: "We will continue to offer our backing to players, in whichever form they choose to protest against racism"

The PFA sent a questionnaire to all its members asking whether it should continue after a series of incidents where fans booed the anti-racism gesture, and how best the leagues, clubs, and players should express the anti-discrimination message.

The results showed that 80 per cent of players 'support continuing this act of solidarity despite any adverse responses that may be received', with over 400 responses to the survey. 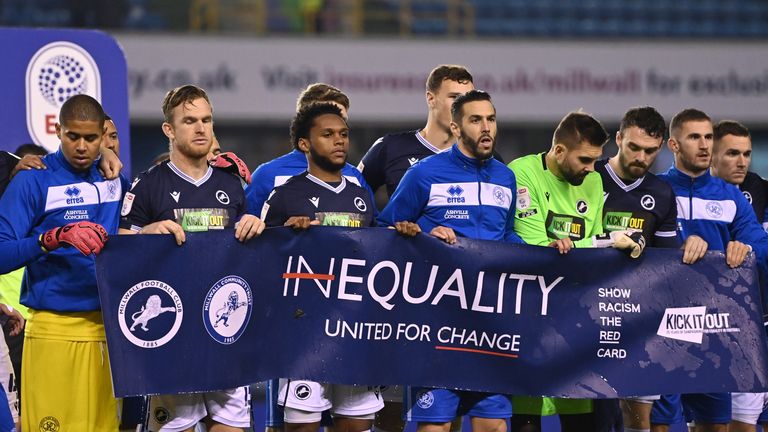 PFA Equalities Officer Iffy Onuora says it is the duty of players, clubs, and fans to help drown out protests from a 'disaffected few' who rail against messages of support for racial justice

A PFA statement read: "Throughout 2020, PFA members have demonstrated a strong understanding of the societal issues raised across the world and have used their platform to highlight the impact racism has on both individuals and wider communities.

"The decision to take the knee before matches was initially made by Premier League captains during Project Restart, to show solidarity with Black people facing discrimination globally.

"This powerful symbol of solidarity represents the players' commitment to anti-racism and is not an endorsement of any political position. It is a peaceful act of unity that highlights a persistent and systemic issue." 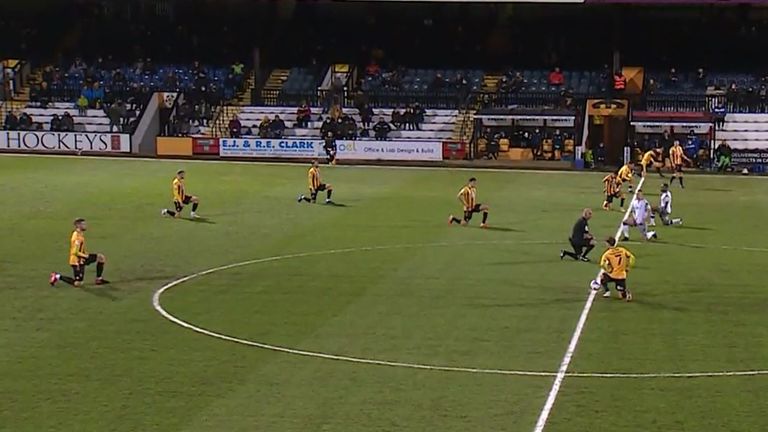 The five key questions in the survey were:

PFA equalities executive Jason Lee said the initiative had been player-led from the outset.

"The purpose of the discussions and survey was to make sure that we were continuing to represent what the players wanted on this issue," said Lee.

"We can now take this position forward with authority when in dialogue with media, clubs and the EFL." 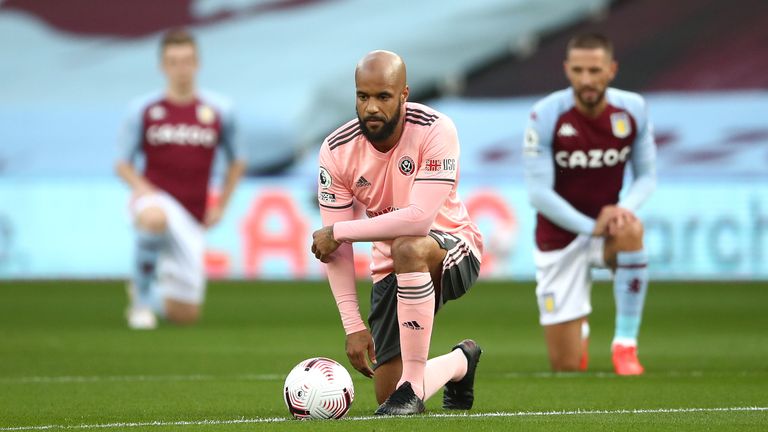 The EFL said it would continue to "respect and support" the decision of individual players.

"By definition it has to be an individuals' choice as to whether they wish to 'take a knee' before a match if it is to remain an effective stance," an EFL spokesman said.

"We have provided guidance to match officials and Clubs to help them support players on matchdays and the position has remained the same since the return of EFL fixtures in June so there shouldn't be any confusion on this matter.

"We will continue to listen to the players' views as part of our ongoing work with football's wider stakeholders to tackle all forms of discrimination in our game." 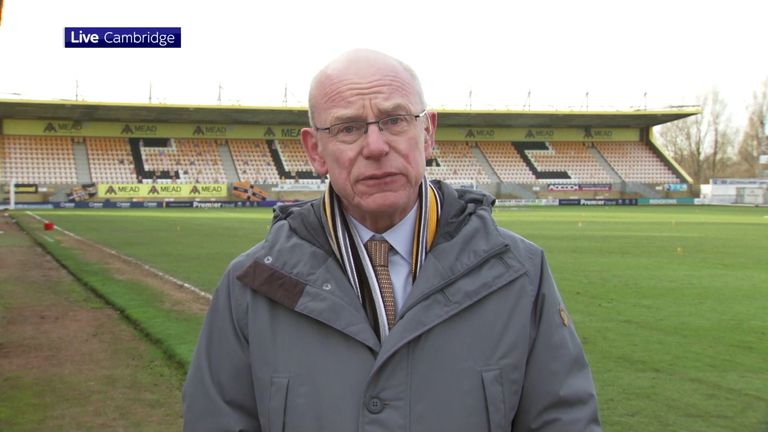 On Tuesday night, Exeter ejected a fan for booing players taking the knee ahead of their home game against Harrogate Town, while boos were drowned out by applause as players took a knee at the start of Cambridge United's League Two home match against Colchester United.

Millwall said they were "dismayed and saddened" after some of their fans booed players taking a knee at the start of their home Championship game against Derby on December 5. 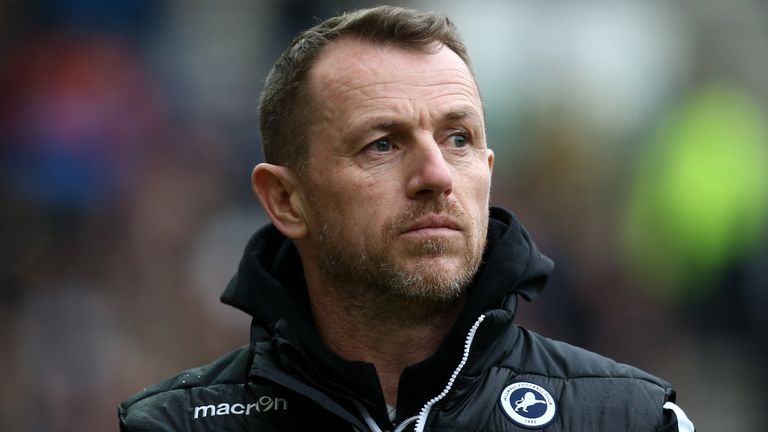 In the club's subsequent home game at The Den on December 8, Millwall and QPR players were applauded as they joined arms and raised an anti-racism banner as QPR players and match officials also took a knee.

The PFA hopes the positive statements by both clubs sends a clear message that racism will not be tolerated.

The statement continued: "While the Premier League has already committed to teams taking the knee for the duration of the season, players across the EFL have been left in a difficult position following a lack of leadership on the issue.

"The survey conducted by the PFA has shown overwhelming support for continuing to take a knee, and we hope this gives the EFL and the clubs involved the information needed to support the players.

"The PFA's primary goal will always be to support members and protect their right to use their platform for change. We will continue to offer our backing to players, in whichever form they choose to protest against racism, and we urge all clubs, leagues and football authorities to do the same."