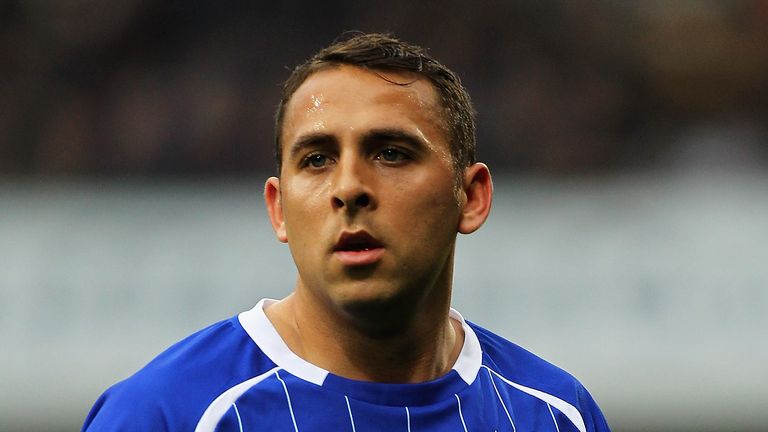 Michael Chopra has told Sky Sports News he does not believe the Football Association and the Premier League are doing enough to get British South Asians into football.

Former Newcastle, Sunderland and Cardiff striker Chopra, whose father comes from the northern Indian state of Punjab, is one of the finest footballing talents to emerge from Britain's South Asian community, making over 400 appearances in a senior career spanning almost 15 years.

Swansea's Yan Dhanda last month told Sky Sports News that South Asians seem to consistently get "overlooked", insisting there has been a lack of progress on changing perceptions of the community in football.

Chopra, who has scored 100 goals in English league football, says he does not understand why he has never been approached by football authorities to help support and mentor emerging South Asian players in this country, despite his wealth of experience in the game.

"I believe the FA and the Premier League need to do a lot more in society with Asians. They need to have some more role models. And look, I am always happy to go and speak to people and encourage people. I go to India and people look up to me, the Indian players look up to me.

"It's hard, because I don't know why nobody has reached out to me. People [from GamCare] have reached out for the TalkBanStop campaign about the gambling and I am here speaking about it.

"If they want to ask me about how to help Asian players become professional footballers, I will go to the youth teams and the clubs, speak to players and give them advice, because I needed help in my time when I was coming through the ranks.

"I was lucky enough that I pretty much had Alan Shearer that I could turn to. I had the same agent as him since the age of 15 or 16, I was playing at the same club as him.

"When you are coming through the ranks, you do need someone that knows the culture. That's one of the main problems. A lot of English people don't know [and understand] the Asian culture.

"At times it's tough because some people are not mentally and physically ready for the demands of the English game. I wasn't when I was a young kid.

"I had to adjust at the age of 13, 14. I had to adjust the way I played and things like that because I wasn't physically ready and I wasn't tall enough to play games for Newcastle, so my advice would be crucial."

The FA has told Sky Sports News they remain passionate about addressing the issue of South Asian under-representation in the English game, both on and off the pitch.

An FA spokesperson told Sky Sports News: "The FA's Asian Inclusion plan, 'Bringing Opportunities to Communities', aims to engage with Asian communities and encourage greater participation across the game. This forms a critical part of our broader inclusion strategy, 'In Pursuit of Progress', which involves creating opportunities in football, both on and off the pitch, for people of all backgrounds and from all communities.

"The FA is committed to delivering a diverse and inclusive game, which is free from all forms of discrimination. We recognise the important role The FA continues to play in helping to unite communities and break down barriers that may stop people from participating in football.

"We know that Asian communities have historically been under-represented across all areas of the game and we remain passionate about addressing this issue both on and off the pitch.

"Our work in this space includes delivering community programmes, providing coaching and refereeing bursaries, engaging South Asian women and girls and fan groups, using current role models within the game to encourage participation, and continuing to work with faith communities." 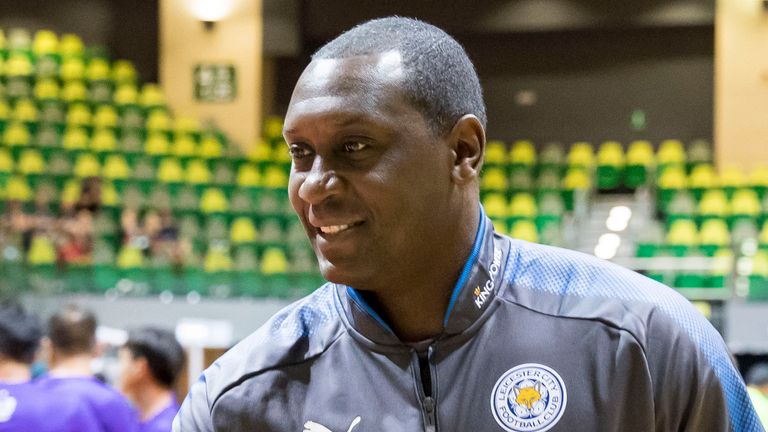 A Premier League spokesperson told Sky Sports News: "The Premier League is committed to increasing opportunities and embedding equality and inclusion across football. The statistics show clearly more needs to be done to increase British Asian representation in the professional game.

"As part of our ongoing work in this area, we are working with our clubs to understand where there are potential barriers and how we, alongside our clubs and other football organisations can work together to positively address the issue. 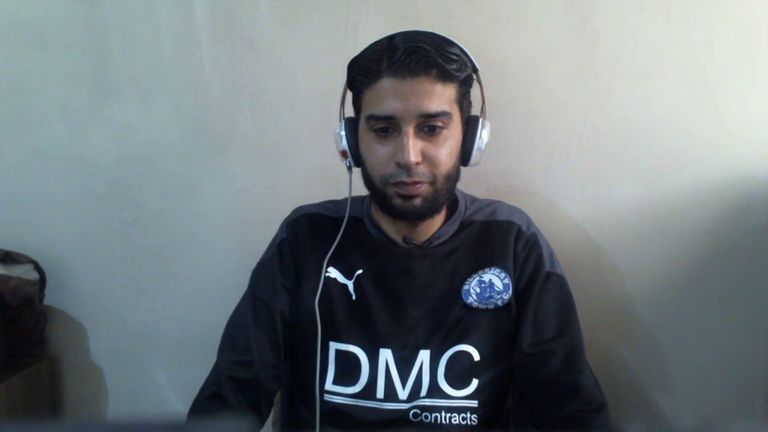 "We have programmes in place such as our positive action coaching schemes, which create opportunities and pathways for Black and Asian coaches and Premier League clubs undertake wide-ranging action in their local areas, including programmes to encourage participation among British South Asian communities.

"Through the Premier League Kicks programme, 91 professional football clubs engage children and young people of all backgrounds and abilities in football, sport and personal development sessions - providing a trusted, positive influence in high-need areas across England and Wales and encouraging participation in the sport."

Kick It Out chair Sanjay Bhandari says there must be a united effort from across the game to address the under-representation of South Asians in football.

He told Sky Sports News: "South Asians represent around 8% of the UK population but around 0.3% are professional footballers. It is the single largest statistical anomaly in English football.

"That massive level of under-representation indicates that bias is woven into the football culture - it is a systemic problem. Everyone in the game needs to do more.

"The FA and the Premier League can take a lead but the biggest impact would come from club scouts and academies where decisions are made and stories of lazy stereotypes abound."

'Football organisations must reach out for help'

Arun Kang, Sporting Equals, chief executive, told Sky Sports News: "South Asians are conspicuous by their absence in football. It is the most participated sport by South Asian communities with more football clubs than any other ethnically diverse community but there is still no sign of real change.

"It's surprising to be in 2020 and talk about an issue that many of us were highlighting 30 years ago. The numbers have barely moved. The Premier League and the FA have promoted initiatives but they all seem to have failed. It's a shame neither the FA or Premier League have ever asked for support from Sporting Equals, who have over 50 South Asian football clubs as associate members.

"It seems to have become the norm in football that Asians can't play the game at the highest level, with many South Asian families reporting coaches saying they are not prepared to stake their career on a South Asian footballer. That is a problem that needs to be tackled now or another generation of talented footballers will again lose out on their hopes and dreams of a career in the game.

"I do hope more of the football organisations will reach out for help as we can provide insight, role models and effective engagement, and learning initiatives to make a difference."

SRtRC: There is clearly an issue 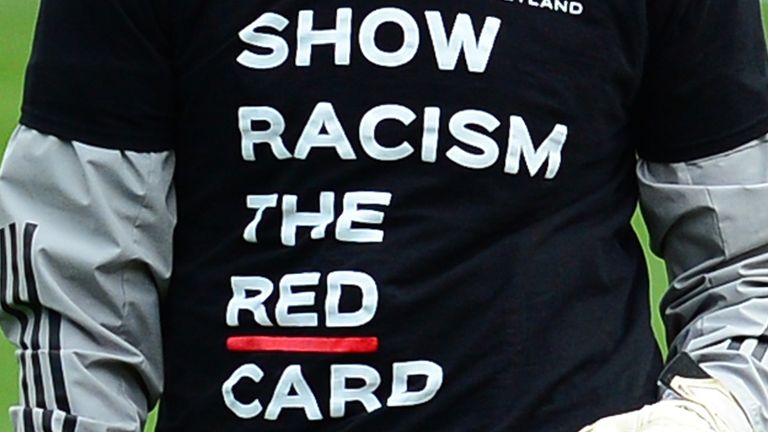 Show Racism the Red Card have told Sky Sports News: "We recognise there is clearly an issue when it comes to the levels of representation of the Asian community in the professional game and we absolutely echo the calls to address this whilst supporting already existing initiatives at the grassroots.

"As a charity primarily working in schools, education is at the core of what we do. An important part of anti-racism education is the need to amplify the voices and experiences of those who are all too often not heard. This is something we endeavour to do, will continue to do and welcome anyone who would like to work with us in doing so."

Meanwhile, Sky Sports News can confirm the FA has written to non-league side Sporting Bengal United after they called for talks on Islamophobia in the game following the FA National Game Board's vote to award fellowship rights to former Council member Brian Jones. Sky Sports News understands the Essex Senior League club are considering their response.

On Wednesday, former Arsenal youth team player Taff Rahman joined Luton Town as one of the first batch of coaches in a jointly-funded Premier League and PFA coach pilot scheme.

Ex-Tottenham development team coach Rahman - who was part of Michael Johnson's coaching team that led Guyana to their first-ever CONCACAF Gold Cup in 2016 - returns to Luton where he had a spell as a junior before moving to QPR, and later joining Arsenal.

The Professional Player to Coach scheme is open to all ethnically diverse PFA members and provides up to six coaches per season with a 23-month intensive work placement within an EFL club.

Speaking about his placement with Luton's Academy, Rahman said: "As we've seen, a system over time can become very monopolised, or catering for a certain demographic, or certain level of people.

"And sometimes, others that are in the periphery get lost, or are not as included due to that invisible structuring.

"This scheme shows there is a drive to make some change within the game. It will definitely help in creating that pathway for black and Asian coaches. I hope it's a beacon of light.

"I'll definitely bring my experience of having been a player, going through my own journey that was very different, having to find my pathway as a young Asian player, going from a club to another. The scheme will definitely help me develop as a coach, but also as a person."