Jesse Lingard's representatives hold talks over loan move to Nice from Manchester United; England international has not made a Premier League appearance this season; United yet to decide whether to allow Lingard to leave

Jesse Lingard's representatives have held initial discussions with Nice over a loan move, with an official approach expected in the next week.

Manchester United have yet to decide whether to allow Lingard to leave in this transfer window. His current contract runs until the summer of 2022.

The 27-year-old started United's FA Cup win over Watford on Saturday but hasn't started a Premier League game for over a year.

Lingard's only other appearances this season have come in the EFL Cup. He started the third-round win over Luton and was then brought on late in the fourth-round victory over Brighton. 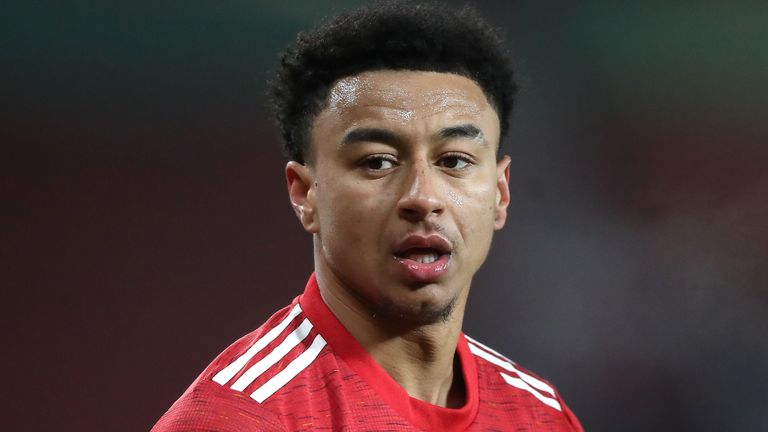 Speaking on The Transfer Show, Dharmesh Sheth and Kaveh Solhekol discuss whether Jess Lingard would be taking a risk if he was to leave Old Trafford in the transfer window

Last month, it was reported that La Liga club Real Sociedad had held initial talks over a possible loan deal for the midfielder.

The United academy graduate scored four goals in 40 appearances across all competitions last season, while he has not represented his country since England played in the UEFA Nations League Finals in June 2019.