Eric Garcia is in the final six months of his Manchester City contract after turning down a new deal last summer; Garcia is strongly linked with a return to Barcelona; watch Manchester City vs Sheffield United live on Sky Sports Main Event on Saturday after Tuesday's trip to West Brom

Pep Guardiola expects Eric Garcia to leave Manchester City and join Barcelona, saying he is "pretty sure" of the defender's exit.

The 20-year-old centre-back - capped four times by Spain - who came through Barcelona's academy before joining City in 2017, is in the final year of his contract at the Etihad Stadium and is entitled to speak with other clubs.

Garcia rejected a new City deal last summer and is one of Barcelona's top three transfer targets along with Liverpool's Georginio Wijnaldum and Lyon's Memphis Depay.

The Spanish side saw a bid of £15.4m (plus add-ons) rejected on Deadline Day during the last transfer window, with City wanting a fee closer to £20m.

Guardiola previously said he was unsure whether Garcia would still be a City player by the end of January, but speaking after the FA Cup win over Cheltenham - asked specifically about Barca's interest in his player - he said: "I'm pretty sure he's going to leave, yeah.

"If it happens in this window [or in the summer], it will depend on the clubs [Manchester City and Barcelona]."

Garcia has suffered with both injury and coronavirus this term, restricting him to just eight appearances across all competitions.

He has started just two Premier League games - the 5-2 defeat to Leicester and 1-1 draw at West Ham - while he came off the bench in the 5-0 victory over Burnley, completing the last 20 minutes.

Garcia has started two Champions League matches, the win and draw over Porto in Group C, and played the last 28 minutes of the 3-0 win against Marseille, also starting in cup wins over Bournemouth and Cheltenham.

'Quadruple? You are so generous!' 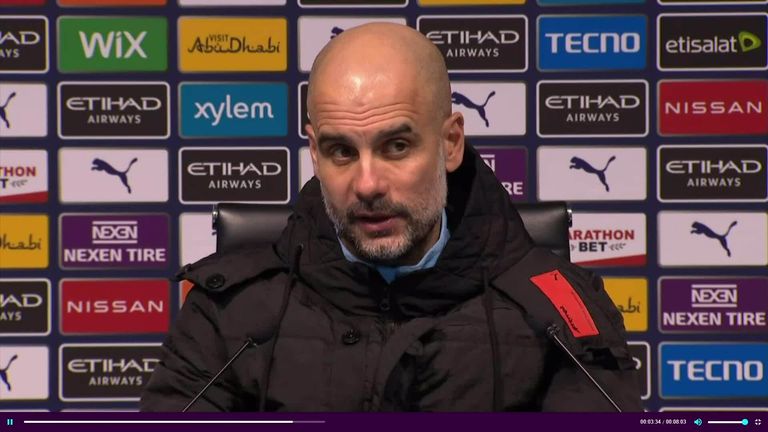 Manchester City have already reached the Carabao Cup final, where they will face Tottenham - attempting to lift the trophy for the fourth time in a row - and have now progressed to the last 16 of the FA Cup.

They will go top of the Premier League if they win their game in hand over rivals Manchester United - who are two points ahead, but have played one fixture more - meaning City could once again be in with a chance of winning an unprecedented quadruple if they can also win the Champions League, which Guardiola did twice as Barca boss.

City became the first English men's team in history to win a domestic treble in the 2018-19 season, winning the Premier League, Carabao Cup and FA Cup - but no team has never won those three along with a European title.

Quizzed on if he can go one better and win a quadruple at City, Pep said: "You [reporters] are so generous! The target is big Sam - West Brom [who City face on Tuesday]. That is our target.

"The other is a fairytale. It has never been accomplished. Please don't do this kind of questions to the manager, it is unrealistic!" 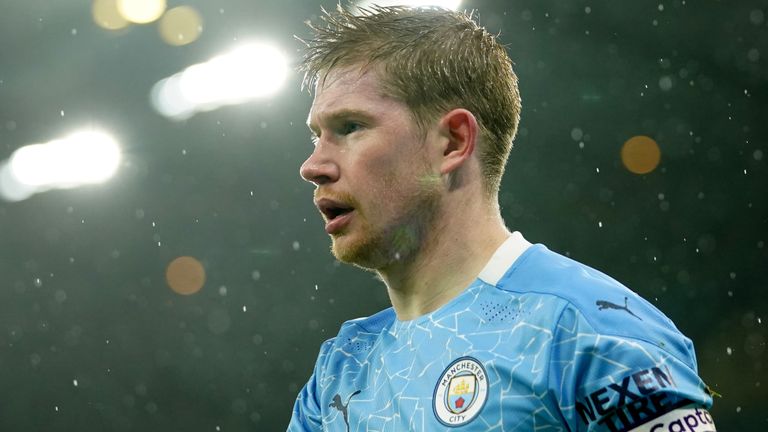 Guardiola believes City's togetherness can combat the 'almost irreplaceable' absence of Kevin De Bruyne, who has been ruled out by injury