Give Celtic supporters hope for next season, says Andy Walker

Celtic are currently 23 points behind Rangers at the top of the Scottish Premiership table, with the champions' attempt to win a 10th title in a row becoming increasingly difficult

Having played in a title and cup-winning team, I know exactly what it's like to be a successful Celtic player. Believe me, there's no better feeling. The adulation you experience from the fans is something you'll never forget. Everywhere you turn, people want to praise you for your efforts and give you thanks.

But I've also played in a poor Celtic side and know how that feels too. I have felt the anger and frustration from a demanding support. It's a tough ride. Instead of praise and thanks, people want answers and want to know how things can change for the better.

The answer is always the same. Things can change, sometimes quickly and of course results and performances can improve. With better communication, you could easily offer Celtic fans hope for what lies ahead. Instead, they're being treated with a wall of silence. 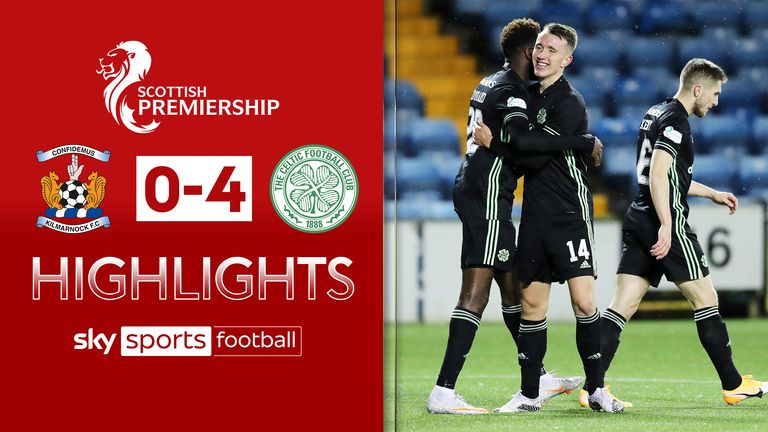 In season 1994-95, I played in a Celtic team that finished fourth in the top flight behind Rangers, Motherwell and Hibs. Can you imagine how that would be received now? No, me neither.

But that's how poor we were. Every other team in the league scored more goals than us, even Dundee United who were relegated. Bizarrely, every other side in the league conceded more than us, including champions Rangers.

It was the days of the new owner Fergus McCann and he had appointed Tommy Burns to take on the might of Walter Smith's Rangers. My observation was that Fergus and Tommy didn't really trust or understand one another, but both were terrific leaders in their own areas of expertise.

It's the same combination of leadership Celtic need now to get back on top.

Off the park, Fergus was a brilliant salesman. He sold a vision of a new 60,000-seater stadium and asked ordinary fans to invest in their club. At the time, he delivered the most successful share issue ever and said he'd stay for five years to see things through. He was true to his word and left with no fanfare.

In Tommy's first season, we played at Hampden Park - Fergus will maintain for a ridiculously hefty rental fee charged by the SFA - while Celtic Park began to take on a whole new look, but on the park, we struggled badly.

With better communication, you could easily offer Celtic fans hope for what lies ahead. Instead, they're being treated with a wall of silence

Finishing second is a failure at Celtic so you can imagine the feeling surrounding our team about finishing fourth. But Tommy was always close to the fans and asked them to stay with him.

He delivered the Scottish Cup at the end of the season, the first trophy in six years and then set about improving the team.

He let me know well in advance he wanted a more productive strike force and that I would be considered as a substitute. He was right, I wasn't playing well and when Pierre Van Hooijdonk and Andy Thom came in, the team started to improve. Rangers face a trip to rivals Celtic live on Sky on March 21 - but what can fans expect? Kris Boyd and Andy Walker discuss the upcoming Old Firm game

Like a few others, my time was up and I moved to Sheffield United. Tommy's other signings also improved the team. Paulo Di Canio, Jackie McNamara, Alan Stubbs and others made the fans believe in the team again.

In Tommy's second season at the club, Celtic lost just one game, but still finished behind Rangers. Eventually Fergus sacked Tommy after the title eluded him in his third season. Brutal maybe, but Wim Jansen did deliver what the fans wanted and Fergus will tell you he made the right call.

As things stand right now, I haven't spoken to a single Celtic supporter who believes in the current set-up and the lack of communication from a senior figure at the club to address the fans' concerns is embarrassing and insulting.

Season-ticket holders are being asked to buy into a set-up that is unclear. They deserve more respect than they're currently getting from this Celtic board.

If the board wish Neil Lennon to stay in place for the rest of this season and beyond, tell the fans. If they want to make a change at the end of the season, tell the fans.

If a different structure altogether is to be put in place, tell the fans.

It won't be too long till the biggest games of every season for Celtic - the July Champions League qualifiers - come around. New chief executive Dominic McKay starts his post with the club on July 1. Is it his role to identify new players and/or the possibility of a new coach/manager? Unbelievably, no one knows.

Now that it's only a matter of time before Rangers deservedly clinch the title, the Celtic fans should be given hope for next season. Tell them what the plan is.

Fans of Scottish football can now catch up on all the latest news and talking points via our weekly podcast featuring analysis from Kris Boyd and Andy Walker.