Alphonso Davies was born in a refugee camp in Ghana to Liberian parents who had fled civil war in that country; Bayern Munich full-back joins the United Nations' Refugee Agency as global goodwill ambassador to help people 'know the importance of helping refugees' 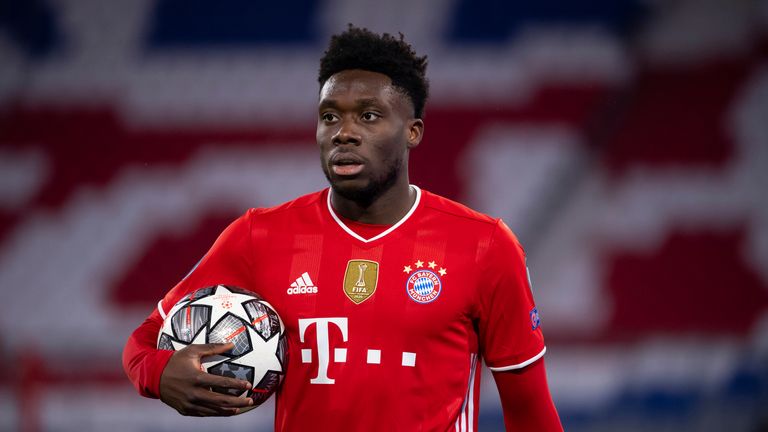 Alphonso Davies shares his incredible story, coming from a refugee camp in Ghana in 2000 after his parents fled the civil war in Liberia

The 20-year-old, who is one of the most highly-rated young players in the world, is the first footballer to be named as a global goodwill ambassador for UNHCR, the United Nations' Refugee Agency.

Davies was born in a refugee camp in Ghana to Liberian parents who had fled civil war in that country. The family was resettled to Canada when Davies was five.

"I want people to know about the importance of helping refugees, wherever they are, in camps or cities, in neighbouring countries or countries of resettlement such as Canada," he said. "Refugees need our support to survive, but also access to education and sports, so they can fulfil their potential and truly thrive.

"Whilst the refugee camp provided a safe place for my family when they fled war, I often wonder where I would have been if I had stayed there and not benefited from the opportunities I got thanks to resettlement. I don't think I would have made it to where I am today."

Davies, an attacking left-back with searing pace, was a key part of the Bayern side which became European champions last summer.

He began work last year with the UNHCR, which leads international action to protect people forced to flee their homes because of conflict and persecution.