How Pep Guardiola returning to first principles and putting Bernardo Silva at the heart of his team again helped turn Manchester City's season and carry them all the way to the Premier League title...

Speaking to Pep Guardiola in the summer, he was reflecting on the arrival of long-time confidant Juanma Lillo, the celebrated ideas man he had once moved to Mexico just to work with, as his new assistant.

He was making the point that this was the one appointment at Manchester City over which it was essential that he had complete autonomy.

The reason was simple. "He has to be so close. I need a guy to push me, to challenge me intellectually. I needed a guy who would help me to see something I was not able to see."

That afternoon, Guardiola insisted that Lillo had already identified "a few things I did not realise" but perhaps the truth of it is that his new assistant did not so much encourage the Manchester City boss to evolve his ideas. Instead, he reaffirmed his belief in them.

Guardiola hinted as much when asked to pick out the turning point in City's season. Some speculated that the 2-0 defeat to Tottenham in late November was the obvious moment. City were in the bottom half of the table with a negative goal difference at the time.

But the man himself argued that it was not that defeat but a game against West Brom in December that truly crystallised his thinking. Something had to change, he insisted. "After that game I had a feeling this is not a team I can recognise. I did not like what I saw."

It was only at that point of the season, following that 1-1 draw, that Guardiola "talked with Juanma [and the other coaches] and said we have to come back to our first principle."

From then on, Guardiola claims, City "started to rebuild and reconstruct" by returning to the ideas that had served them so well in the past. "Positional play, move the ball quicker, do more passes, stay more in position, run less with the ball." Pep Guardiola football.

When the story of City's title win is told, the name of Ruben Dias will surely feature prominently. It will be difficult to tell it without reference to Ilkay Gundogan's goals and it would be remiss to ignore the tactical significance of Joao Cancelo's moves into midfield.

But all three of those key players completed the 90 minutes against West Brom. In terms of personnel, the most obvious change that stemmed from Guardiola's apparent unhappiness with what he saw that cold winter's evening was the return to the team of Bernardo Silva.

The Portuguese had missed each of the previous four Premier League games but was brought back in for the win over Southampton and would start each of the next dozen too, the longest run of consecutive starts of his Manchester City career. They won the lot.

It seems fair to conclude that Guardiola reasoned that a return to first principles must include the brilliant Bernardo, whose passing accuracy in the final third is the best of any Manchester City player. He also brought energy back to the side and his partnership with Gundogan was pivotal to City's turnaround during that middle period of the season.

The pressing was important but so too was that patience when in possession. The ability to retain the ball and even just to wait. City really started to put the squeeze on teams again.

Gundogan has been praised for his scoring instincts in that more advanced role but perhaps his most valuable quality is precisely the fact that he does not have a forward's instincts.

Speaking to him in March, he was open about the challenges of being a perfectionist in the final third. "I never want to mishit a pass. This simplicity of football is very important to me."

In other words, Gundogan brought the instincts of a metronome to the penalty box. "The acceptance you have to bring to this position, the acceptance there that you are going to fail with a pass, is quite normal. This is something that I probably still need to get used to."

But that unusual patience, that willingness to play one extra pass even at the point where the half-chance has presented itself, is exactly what Guardiola wanted to see from his team.

It was time to put their opponents back on the carousel. 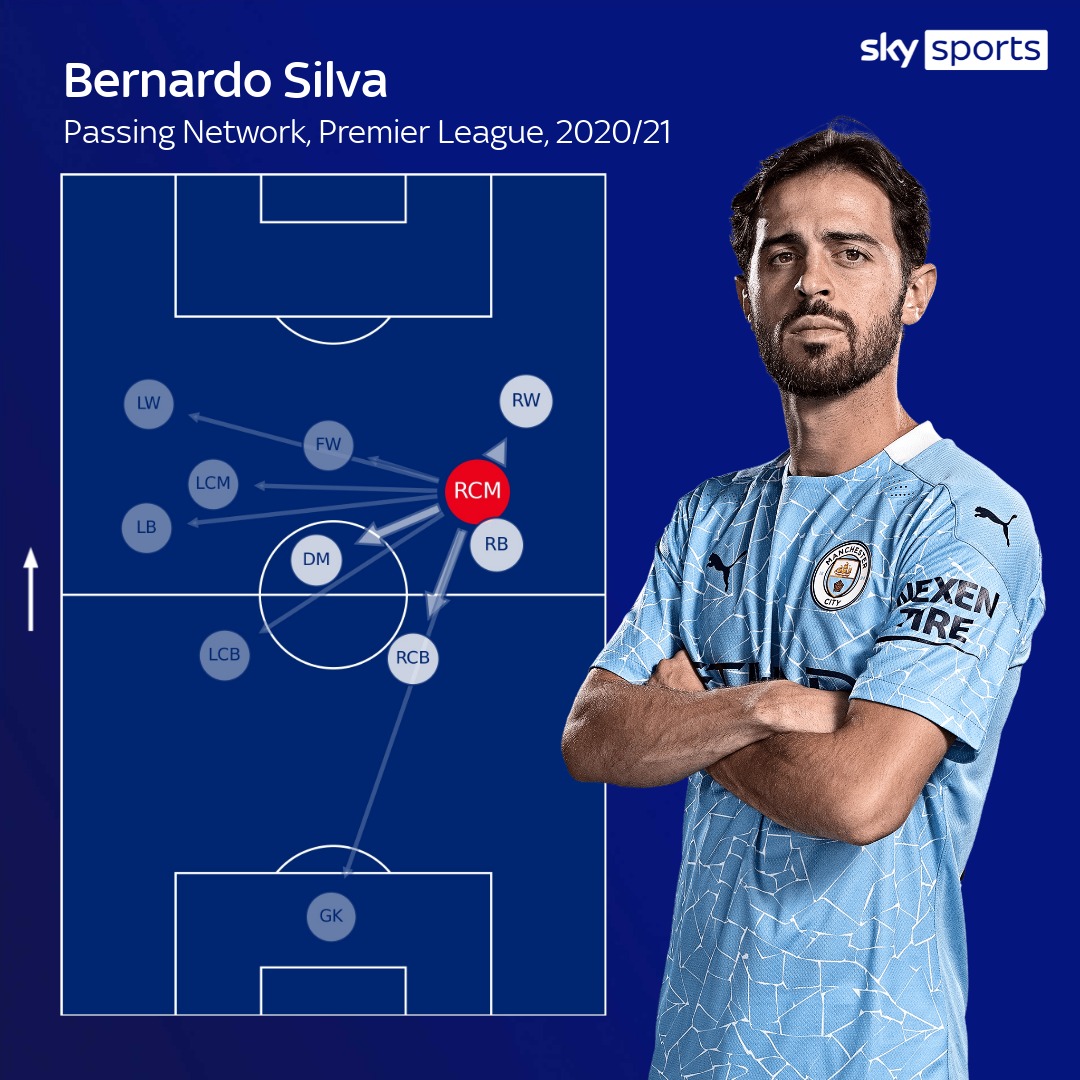 The statistics show how City changed over the winter.

Prior to December, they never once had 72 per cent of possession in a Premier League match. In the eight games after Christmas, they hit that number in five of them.

Prior to December, they never once attempted 750 passes in a Premier League match. In the eight games after Christmas, they averaged over 750 passes in those games.

The shift in approach was most notable in the final third, where City became much more patient, waiting for the opening rather than forcing it. The accuracy of their passing in that zone went from 77.7 per cent before Christmas to 82.7 per cent after it. Just that extra pass.

It feels perverse to suggest that Kevin De Bruyne's six-game absence from the team at the start of the year might have helped, but it is possible that without their star performer, City's transition back to a more patient build-up became more straightforward.

The Belgian is surely the best passer in the Premier League, but his ability to find that killer pass means that he is more inclined to search for it. No City player created more chances than De Bruyne that night against West Brom. No City player lost possession more either.

Twenty-three times he gave the ball back, often trying that breakthrough pass. In the first game of the season it happened 26 times. In the second, it was 27. On average, De Bruyne loses possession more times per 90 minutes than Bernardo and Gundogan combined.

None of which is intended to dig out De Bruyne. He also creates more chances than Bernardo and Gundogan combined. At its best, it is his more ambitious passing that provides the thrust that ensures City's dominance does not become too sterile, too repetitive.

But it still seems that forcing it was something Guardiola became anxious to avoid and it is interesting that the winning run ended only when he broke up the partnership between Bernardo and Gundogan for the derby defeat against Manchester United.

More recently, he has taken to using De Bruyne further up the pitch as a false nine where he can be encouraged to take more risks and the team's patient build-up will not be affected.

The other advantage of giving the ball back to the opponent that little bit less is that it means fewer counter-attacking opportunities that City are required to deal with.

Dias' presence at the back has been seen as instrumental in those breakaways proving a less effective weapon against City of late. Cancelo's positioning in midfield has also been cited as a reason why they are able to stop those fast breaks at source much more than they were.

But Guardiola himself has always stressed that this was not the reason behind the move. It was never about the transitions, always about that guiding principle of possession.

Speaking to him in February, he laid it out clearly.

"Maybe one day they will change the rules but I think to score a goal you need the ball. The more that you have the ball the more chances you will have to score. This is the reason why.

"It was always like this. Sometimes it works, sometimes not. If you see the games that we have played this season and the previous seasons, they are the same."

He went back to first principles. Opponents still have no answer.