PFA study finds 31 of 56 tweets reported to Twitter in November 2020 remained live and visible; PFA's Simone Pound: "For people to believe that social networks are taking this issue seriously, we need to see them addressing the issue." SSN has contacted Twitter for comment

The Professional Footballers’ Association (PFA) has criticised Twitter over its "unacceptable" response to abusive posts aimed at professional players, some of which have remained visible and live on the platform.

An investigation by the PFA has found that out of 56 racist and discriminatory tweets reported to Twitter by the PFA in November last year, over half (31) are still visible.

In a separate study, 15 out of a further 18 abusive tweets flagged to Twitter were still live as of this month.

Commenting on the findings, PFA Director of Equality, Diversity and Inclusion, Simone Pound said: "This situation is absolutely unacceptable.

"While the platforms repeatedly stress that they are doing all they can to combat online abuse, extreme racist abuse remains visible on Twitter five months after we provided them with clear evidence of abusive content. 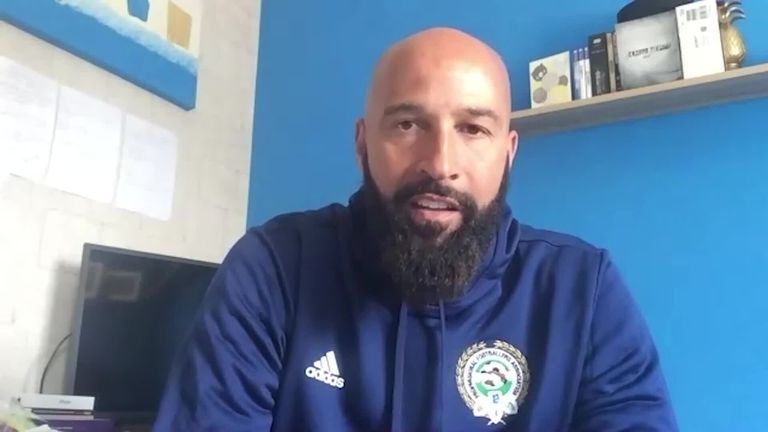 "At the time of our last online abuse study, we sent the account details and relevant abuse directly to Twitter, and still there is inaction on horrific hate. Words are not enough.

"For people to believe that social networks are taking this issue seriously, we need to see them addressing the issue and finding solutions."

When contacted for a response by Sky Sports News, a Twitter spokesperson said: "Racist behaviour, abuse and harassment have absolutely no place on our service and alongside our partners in football, we condemn racism in all its forms.

"Since the season started on September 12, there have been over 30m Tweets from people in the UK about football. In that time we have removed over 7,000 in the UK that were targeting the football conversation with violations of the Twitter Rules.

"This represents roughly 0.02 per cent of the overall football conversation in the UK and does not reflect the vast majority of people who engage in vibrant discussions about football on Twitter.

On Thursday, the PFA reaffirmed its commitment to demanding a safer space for players online and issued a comprehensive set of guidelines on how to deal with online hate and abuse and how the PFA will support those who suffer from it.

The PFA are among the multiple bodies, including Sky Sports, The FA, Premier League, EFL, FA Women's Super League, FA Women's Championship, LMA, PGMOL, Kick It Out and the FSA, who will unite for a social media boycott from Friday through to Monday, as social media companies are urged to do more to eradicate online hate.

Ahead of this weekend, the PFA has released a guide to its members, outlining its commitments, as well as offering advice on ways to report abuse and manage online experiences.

"Social media can be a fantastic way to stay connected, and the PFA understands that many of our members use their platforms to uplift and support others and positively engage with their fans," it read.

"However, we continue to see high levels of racist incidents and other forms of online abuse aimed at professional players, despite the issue being repeatedly highlighted to the social media networks by players, fans and the PFA.

"We know from our members' firsthand accounts that online hate causes trauma, and a player's mental health can be deeply affected by online abuse.

"The impact of the abuse can also extend to family members and impressionable fans, with many players and their families publicly sharing how isolated they felt following abusive incidents.

"The PFA is committed to holding social media networks to account and will continue to demand a safer space for players."

Among the guidelines, the PFA have committed to speak out on behalf of players, protect professional football players facing discrimination and ensure the player's voice is heard.

The PFA are also offering free, confidential support from a network of counsellors if a player experiences racist abuse, as well as representation throughout any investigation that might stem from an incident of discriminatory abuse during a game.