Paul Merson tells Sky Sports why England must approach their opening game with a back three, with a 'cup final' against Scotland coming up after their opener against Croatia; Merson's England XI: Pickford, Walker, Stones, Mings, James, Mount, Rice, Chilwell, Sterling, Kane, Foden

Paul Merson picks his England XI to face Croatia, explains why Gareth Southgate's team cannot be taken in by their opponents' poor form, and tips Jude Bellingham to star.

'The Magic Man', who went to two finals tournaments with England in the 1990s, tells Sky Sports why England must approach their opening game with a back three, with a 'cup final' against Scotland coming up after their clash with Croatia.

3-4-3 the way to play against Croatia

I don't think we're good enough at the back, you've seen that in the last couple of games and that's average teams, average teams. Romania aren't even going to the tournament, and it was harder to not qualify than to get there. They went through us a bit too easily; people will say that isn't our proper team, but this is a game where you can't afford to lose - you've got to be a bit cagey and have that insurance at the back. 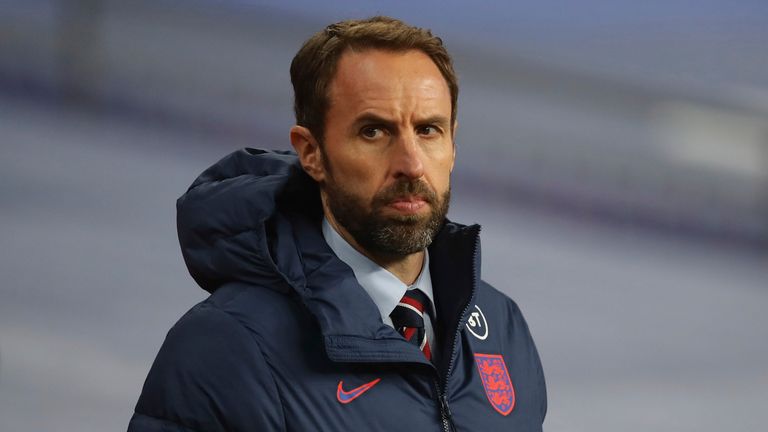 Walker gives you that with his pace, and you've then got two out-and-out full-backs who can bomb forward. That's another two attacking options, then you say to the three at the back, you defend, and you've got Rice as an insurance policy to stop getting caught on the counter, and you let the others go and attack and get a win for us. We have to play three at the back, too many times they've been opened up in the last couple of friendlies.

Maguire's experienced in his organisation. This is a hard tournament to win, you put Brazil and Argentina in it, and it's the World Cup. Who can win the World Cup outside Europe? You can only say those two. This is a hard tournament. You can't lose your first game, then you're up against it, especially with Scotland coming up next where you know you're going to have to pull up every sock to beat them because it's their cup final. 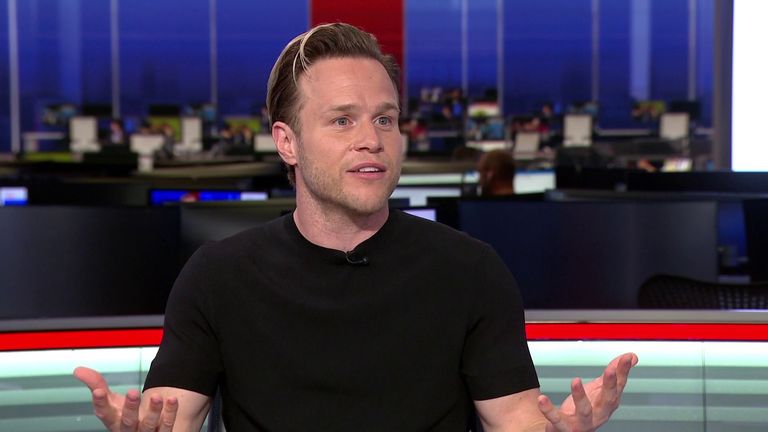 Foden's in such good form and Grealish has played those two games, that tells me that he's not playing. People say he needs the match fitness but he's not a box-to-box player, he plays in bursts. He doesn't have to be totally match-fit, like a Declan Rice or a Jude Bellingham. They're non-stop energy, but he plays in bursts.

Does he go four at the back and go for it? You cannot afford to lose that game.

A draw wouldn't be the worst thing, Croatia are the second-best team in that group, but at the same time with a point you've all of a sudden got Scotland coming up, which is our hardest game if I'm honest. That's their be-all, end-all cup final, when England play the other home nations in rugby union, how they pick their games up. We don't treat those games quite like they do, and it'll be massive.

There's a few players who are straight on the teamsheet - Harry Kane, Mason Mount, Kyle Walker and Jordan Pickford. You get those four players, and go from there.

Don't be fooled by Croatia's form 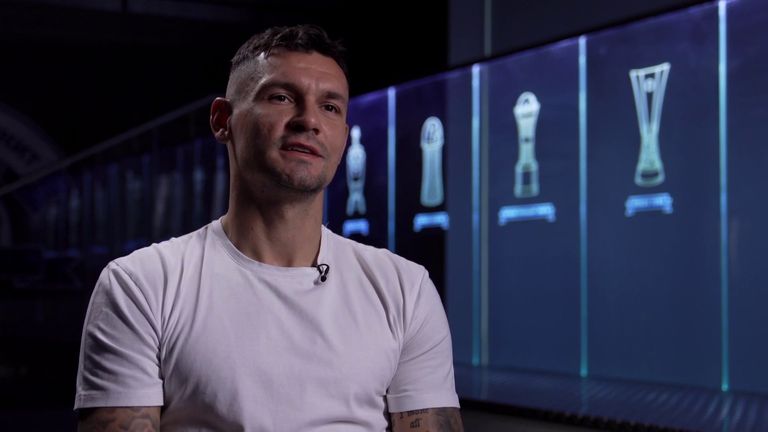 Don't look too much at Croatia's results, these teams turn up at tournaments. They're like golfers; they don't save it for the Austrian Open up in the Alps, they're turning up at the majors.

You look at Germany. I saw them get dismantled by Switzerland not long ago, they were getting picked off for fun but I think it ended 3-3 in the end. But you know, when the tournament starts, they're going to be a different animal. They'll turn up. You look at Portugal, they'll turn up at this tournament. It's so hard to win, it's unreal.

I'd be so happy if we came third in our group. Then we've got every chance of winning the competition, the way it falls.

If we win the group, and everything goes to plan, it's near-on impossible to win it. You'd have to beat every top country in two weeks. That's some going. Portugal first, then Spain or someone, you'd have to beat them all; that's hard over a two-week spell.

Merson: High-tempo England can 'blow teams away' at Euros

England can win Euro 2020 if they can bring their Premier League pace to the tournament but their warm-up friendlies were a "waste of time", says Paul Merson.

Bellingham could end up a Euros star

I think Bellingham will be a star, later on in the tournament.

In games where we've got to win matches, I think he'll be out but when it gets to the last-16, quarter-finals, semi-finals, I think he plays. Against better teams, he needs to play and break things up. He knows when to go, he knows when to close down. He could be the superstar here, as the tournament goes on.

He knows when to go, not to go, and his positional play is unbelievable. I wouldn't be surprised if he played against Croatia either.

Podcast: Foden and Grealish on the bench?! The big England XI debate

Jasper Taylor is joined by Rob Dorsett, Nick Wright and Gerard Brand for a definitive debate on the biggest England talking point ahead of their Euro 2020 opener against Croatia on Sunday: who will start at Wembley?

In part one, Rob brings us all the latest insight from St George's Park, while the panel run through the formation and defence

In part two (22:31), it's all about the midfield and forward line. Is there a chance Rashford and Sterling start over Foden and Grealish? And should England look to play two defensive midfielders in the knockout stages?

And in part three (42:27), the SkySports.com readers' XI is revealed, and both Nick and Gerard pick their surprise impact player from England's squad.

England have played their final warm-up game ahead of Euro 2020 but who makes your starting XI for the opening match against Croatia on Sunday at Wembley?

Gareth Southgate has named a 26-man squad but has plenty of selection headaches elsewhere in defence, midfield and attack.

Who would you start in England's opening Euro 2020 game against Croatia?

Make your selections below and let us know who you have chosen in our comments section below, or via social media @SkyFootball.