Nothing has been signed yet, as reported by David Ornstein earlier, with Vieira the third manager in three weeks where terms have been agreed, but Palace now expect this deal to go through.

The board had hoped Lucien Favre would change his mind over the weekend, with the ex-Borussia Dortmund boss opting not to take charge in a late U-turn last week, but moved focus to Vieira shortly after.

Palace are insistent on a manager being in place by next Monday, when the players return to pre-season training. 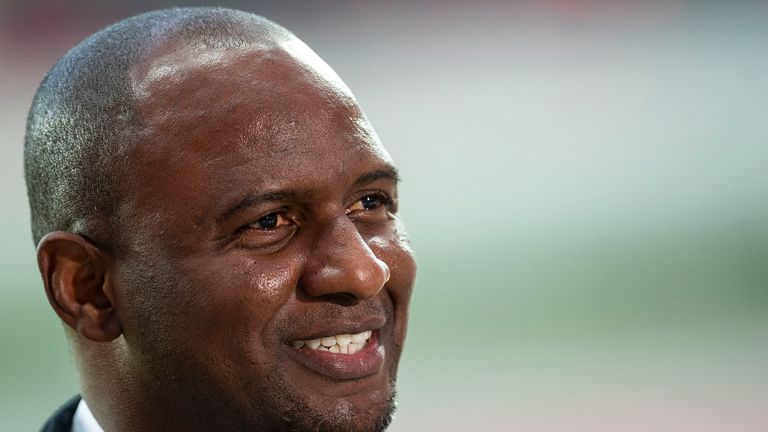 Andros Townsend shares his thoughts on Patrick Vieira's expected appointment at Crystal Palace and discusses his own future at Selhurst Park.

Favre became the frontrunner for the role after talks with former Wolves boss Nuno Espirito Santo broke down.