Newcastle United suitor Amanda Staveley tells Sky Sports News it is in the government's best interests to increase the transparency around football ownership debates; Staveley wrote an open letter to Tracey Crouch MP about the Premier League's lack of transparency and accountability 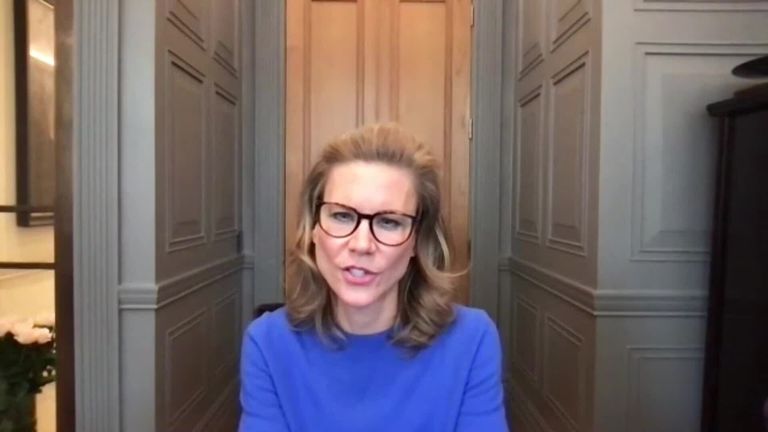 Amanda Staveley, the financier leading a proposed £340m takeover of Newcastle United, has called on the government to action urgently in making the Premier League's decision over the future ownership of the club transparent.

The financier is spearheading a potential takeover of the Tyneside club led by her firm PCP Capital Partners and Saudi Arabia's Public Investment Fund, with the proposal currently in the hands of an arbitration panel after their £340m bid collapsed last year.

Staveley wrote an open letter to former Conservative sports minister Tracey Crouch on Sunday, accusing the Premier League of a lack of transparency and accountability around the deal.

But with all debates due to be held internally and privately, the club are frustrated at the lack of updates on the process and Staveley says it is in the government's best interests to increase the transparency within the organisation and make all debates around football ownership public.

"I wrote a letter urging the government and football regulators to make sure that the issues around sporting governance and arbitration around sport be held in public," Staveley told Sky Sports News.

"I contacted both Oliver Dowden and Nigel Huddlestone, I sent a letter to them earlier this afternoon [Monday], we haven't received a response but Tracey responded to us very quickly.

"We asked Mr Dowden to take the same issues I raised in the letter with Tracey to the government's heart and we want to urge the government to add their voice to our request to the Premier League to have these processes maybe in public.

"I don't understand why there is an issue about transparency around all major businesses. I have to first of all say that I am a huge fan of the Premier League and naturally I am trying to become a part of that institution.

"We should be very proud of the Premier League, but with an institution which is as important to Britain and the UK, transparency around the decision that regulators make is important.

"We will never be able to see what goes on behind the scenes unless journalists and particularly the fans are able to really examine the materials held in these forums."

In the letter, Ms Staveley criticised the use of confidential arbitration processes to resolve disputes within football before adding: "One might justifiably ask why that model is so favoured by those responsible for regulating the sport if they have nothing to hide."

Newcastle club owner Mike Ashley last week urged the Premier League to take the arbitration process into public domain and demanded greater transparency over their handling of the failed bid.

"I can absolutely sympathise with Mike's position," Staveley said. "He's worked tirelessly to try and sell the club, he made a very public statement, I remember two years ago seeing him on Sky thinking 'okay, there's a real chance for us to buy Newcastle'.

"So he's done exactly what the fans urged him to do, but he can't get there. I feel disappointed because I also said to him when we struck a legal deal in April last year, and here we are some 15 months later and we're still not there. I understand his position."

Independent arbitration proceedings brought by the club are expected to take place as soon as this month.

The Premier League has maintained it never rejected PCP's bid, but rather it had concluded the PIF is controlled by the Kingdom of Saudi Arabia - a verdict that effectively blocked the takeover from taking place.

Ms Staveley's letter to Ms Crouch, the former sports minister, contains her most outspoken comments so far about her proposed takeover.

In it, she wrote: "Fans surely deserve absolute transparency from the regulators across all their processes - to best ensure that they act responsibly.

"They are performing a function like that of a government regulator - but without the same systems for accountability."

Ms Staveley said that there was now "a chance for those involved [in the Newcastle United bid] to be seen to take a robust stance - just as the government so decisively and effectively stepped into the European Super League debacle".

"But there is real urgency - given the NUFC arbitration hearing is due to take place this month," she told Ms Crouch.

"We need intervention immediately to force the issue out into the open.

"It is my view that it is likely that that would be enough to make those involved behave more responsibly and signal the government's intention to take effective action in the interests of the country.

Ms Staveley has been pursuing Newcastle for more than three years, and had formally agreed a takeover deal with Mr Ashley in 2020.