Images surfaced on social media on Sunday of England's record goal-scorer, appearing to show the former Manchester United player asleep in a hotel room surrounded by a group of young women Wayne Rooney has apologised to his family and Derby County over images that surfaced online of him at a private party.

The pictures garnered attention on social media on Sunday, appearing to show the Derby County manager asleep in a hotel room surrounded by a group of young women.

Cheshire Police confirmed on Tuesday they would not be taking action against a complaint of blackmail made regarding the images, after Rooney's representatives believed there had been an illicit attempt to entrap him. 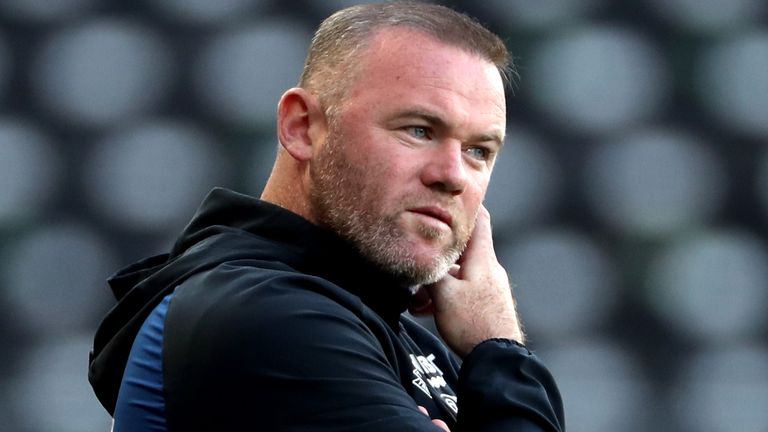 "It's dealt with. I'm looking forward to moving forward and preparing for another game on Sunday."

'Training injuries happen due to intensity I demand'

It was the first time Rooney had addressed the media since his tackle in training ruled Derby midfielder Jason Knight out for up to three months.

Derby have only nine senior players registered with the club - two of those goalkeepers - less than two weeks before the start of the new Sky Bet Championship season, and so Rooney has been joining in with training to make up the numbers.

But the manager went in for a 50-50 challenge with Knight while the team were training at Pennyhill Park in Surrey last week, injuring the Republic of Ireland international's ankle. 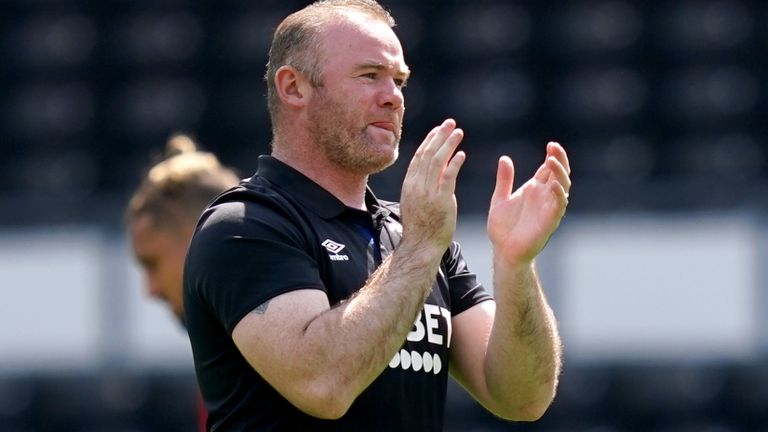 Knight is a key absentee for Derby having played in all but three Championship games last season.

"With Jason, it was a training ground incident, which happens," Rooney said. "I demand that the players train with a lot of intensity.

"Players get injured on the training pitch, unfortunately Jason did and I'm looking forward to having him back fit and ready for selection.

"That's football. I demand that we train like we play, and if I put those demands on players, players will get injured."

'We need help with signings'

Derby's small squad is largely down the club having been placed under a transfer embargo by the EFL for financial breaches, with discussions ongoing over a relaxation of the restrictions.

"We're a little bit close to bringing players in… but still a bit off as well," Rooney said.

"We need help - to bring these players in, otherwise we're going to be in a very tricky position come next week.

Asked if signing the five trialists that started in Wednesday's friendly victory would help, Rooney added: "We need more. That's nowhere near enough.

"There's certain situations which I can't really go into in detail, but we need that help to allow us to bring more players in, because if not we won't be on a level playing field with the rest of the clubs and it will be very difficult for us.